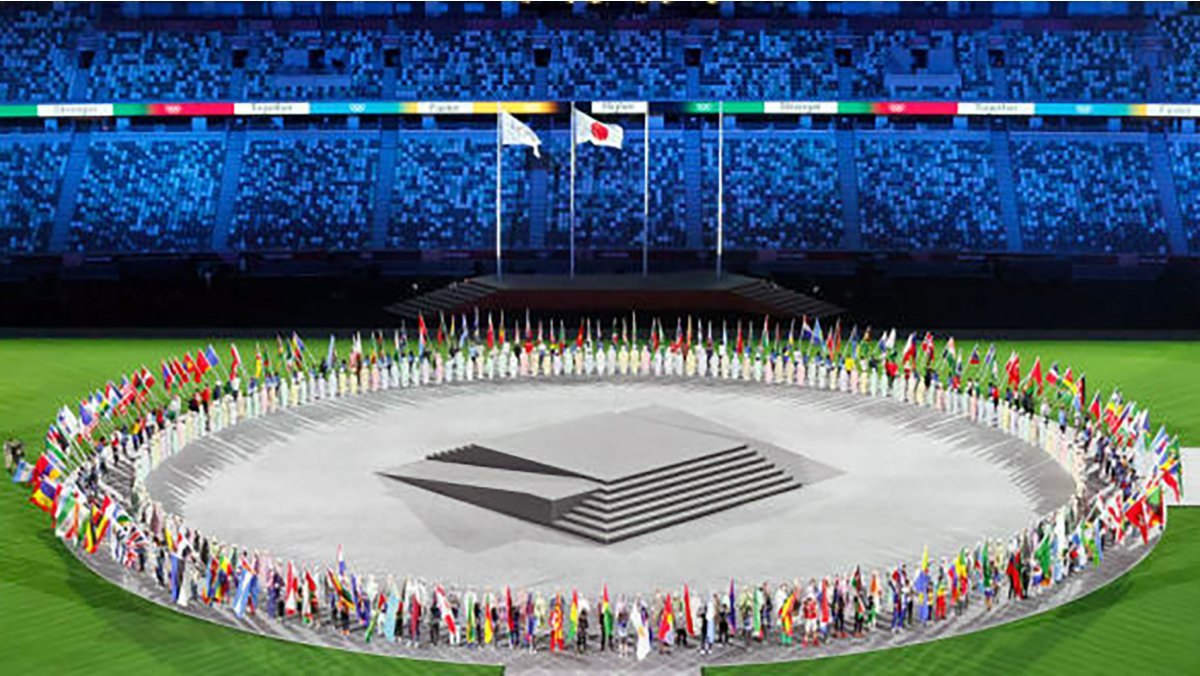 No less than 13 karatekas have flown the flags of their countries at the Closing Ceremony of the Tokyo 2020 Olympic Games.

This historical milestone represents the final testament of the success of Karate at the Olympic Games.

In the first Olympic appearance of the sport, Karate continues making history. After the memorable and thrilling presentation of the discipline on the tatami of Nippon Budokan, the Karate family had one more reason to celebrate: Karate was one of the most represented sports at the Closing Ceremony of the Games.

National Olympic Committees of no less than 13 countries chose Karate athletes to have the honour of carrying their flags at the Closing Ceremony of the Games. The ample presence of karatekas at the historic event confirms the success and popularity of the sport at the Games.

The host of Karate flagbearers was headed by Olympic champion and local hero Ryo Kiyuna. The gold medallist and Okinawa-native dominated the Male Kata competition and starred in one of the most emotional moments of the Karate competition. He had the honour of taking the flag of the host country at the ceremony.

Also from the Kata discipline, Sandra Sanchez was selected to fly the flag of Spain after her outstanding performance on the tatami and her gold in Female Kata.

As a gold medallist and one of the big stars of the competition, Steven Dacosta was distinguished with the responsibility of carrying the flag of France at the ceremony. With Karate appealing for its permanence in the Olympic programme, the selection of Karate hero Dacosta to represent France at the event is seen as great recognition for the sport.

The list of gold medallists taking the flag of their country at the event is completed by Jovana Prekovic of Serbia. The current World champion produced an impressive performance in the category of Female Kumite -61kg.

Venezuela’s Antonio Diaz had made history for the sport at the Opening Ceremony of the Games as the flagbearer of his country. The Karate legend was selected for the honour of carrying the Venezuelan flag once again after his emotional performance in Tokyo, one more appreciation to his memorable career in the sport.

Also one of the most experienced athletes in the Karate competition, Gogita Arkania bore the flag of Georgia as heartfelt recognition for his long and successful contribution to Karate.

Giana Lotfy represented Egypt at the event as Mo Sheung Grace Lau was selected to carry the flag of Hong Kong, while Abdel Raman Altasatfa did the same for Jordan. The three athletes signed off deserving performances in Tokyo, with all of them claiming bronze medals, Lotfy in Female Kumite -61kg, Almasatfa in Male Kumite -67kg, and Grace in Female Kata.

After his impressive demonstration in Male Kumite -67kg and following his historic fifth place in Tokyo, Hamoon Derafshipour received the great distinction of taking the flag of the IOC Refugee Team. The karateka was the highest-ranked refugee and claimed a historic participation at the Games.

"It is the biggest event in the world. All players are the top players here. This was special and important for me because I am one of the 82 players for Karate for the first time at the Olympic Games," said Derafshipour.

The list of Karate athletes at the Closing Ceremony is completed with Elena Quirici of Switzerland who was one step away from the medals in Female Kumite +61kg, and Alexandra Grande of Peru and Btisam Sadini of Morocco, both competing in Female Kumite -61kg. All of them demonstrated not only the universality of the sport but also the strength of the women’s participation in Karate.

CLICK HERE to go to the micro-site of Karate Tokyo 2020.