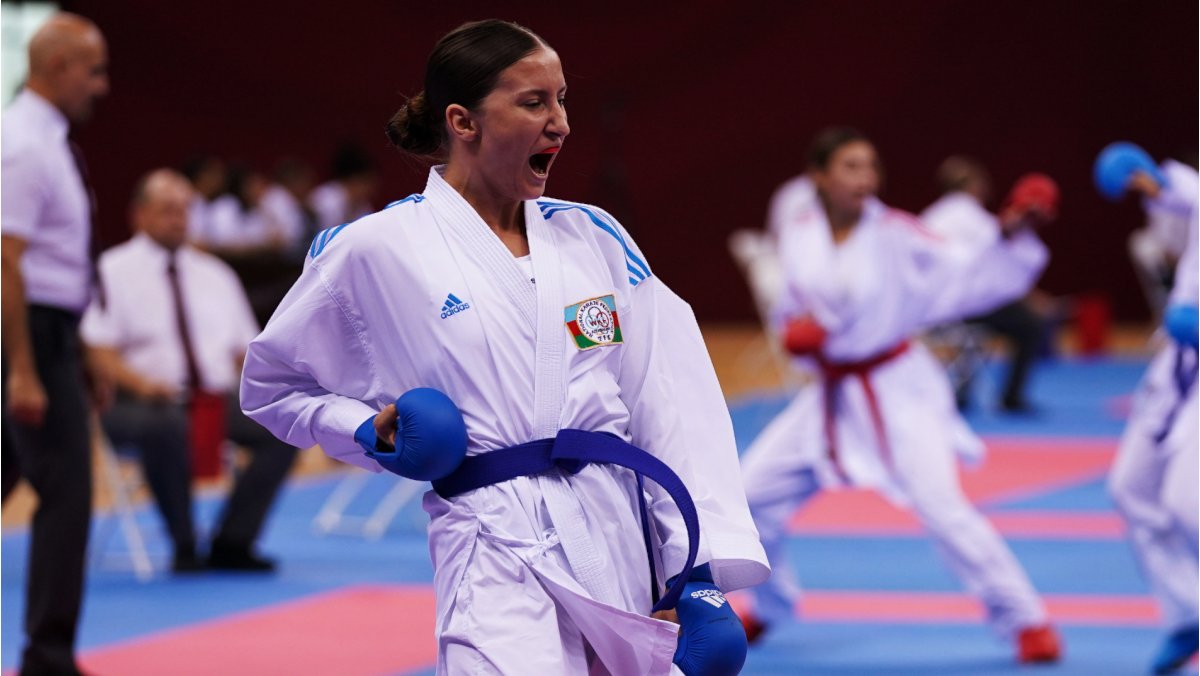 Azerbaijan’s Irina Zaretska and Asiman Gurbanli dazzled on Day 2 of the 2022 Karate 1-Premier League Baku as they took the flag of the organising country to the finals of the tournament, much to the delight of local fans.

Azerbaijan’s Irina Zaretska proved to be the biggest hope for gold for the host nation. The Ukraine-born karateka who is the current World champion and Olympic Games silver medallist used the support from the audience to defeat Nisrine Brouk of Morocco in the semi-finals 3-0. It will be her third final this year after the gold in Fujairah and the silver in Matosinhos.

In the most thrilling bout of the day, Silvia Semeraro of Italy performed at an outstanding level to reach her third final of the season. The Olympian defeated Assel Kanay of Kazakhstan in the semi-final by a whooping 13-3. 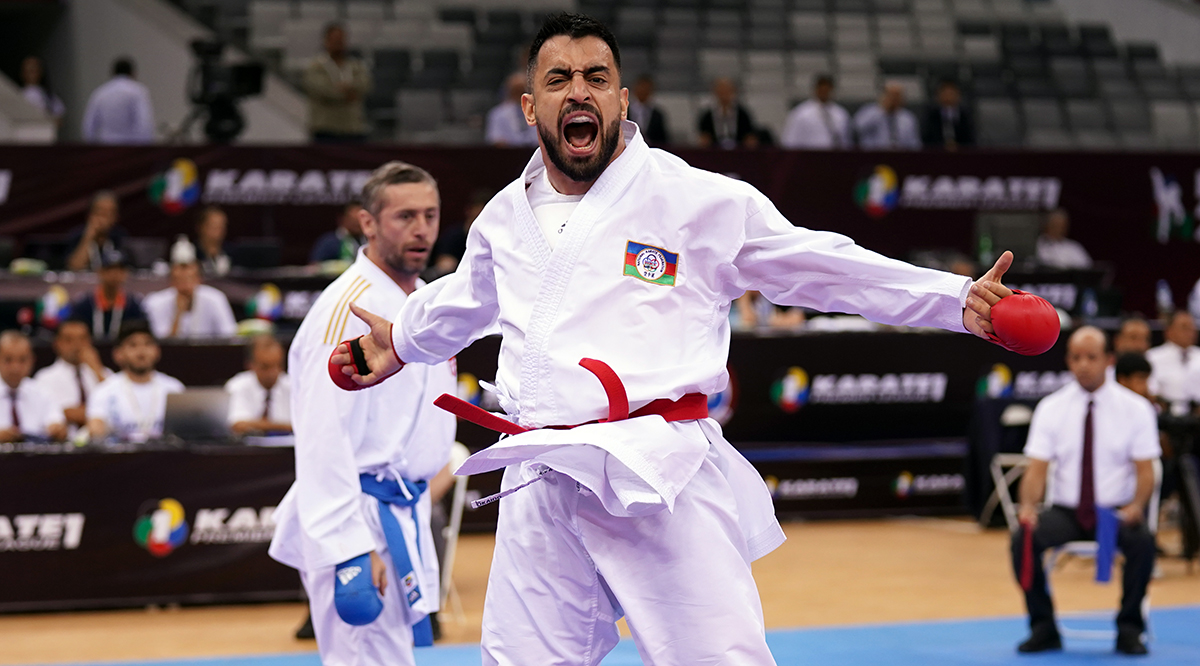 Karate fans of Azerbaijan had even more reasons to celebrate as Asiman Gurbanli also qualified for the final of Male Kumite +68kg. The number 6 in the WKF World ranking beat Grand Winner Gogita Arkania of Georgia 5-1 in the semi-finals.

His rival in the final will be Taha Mahmoud of Egypt. The winner of Karate 1-Premier League Rabat edged Fatih Sen of Turkey in the semi-finals 1-0.

The other side of the bracket brought a surprising outcome as Anna-Johanna Nilsson of Sweden reached her first-ever final in international competitions. The number 17 of the WKF World ranking surprised favourites and edged Rozita Alipourkeshka of Iran 2-1 in the semi-finals. 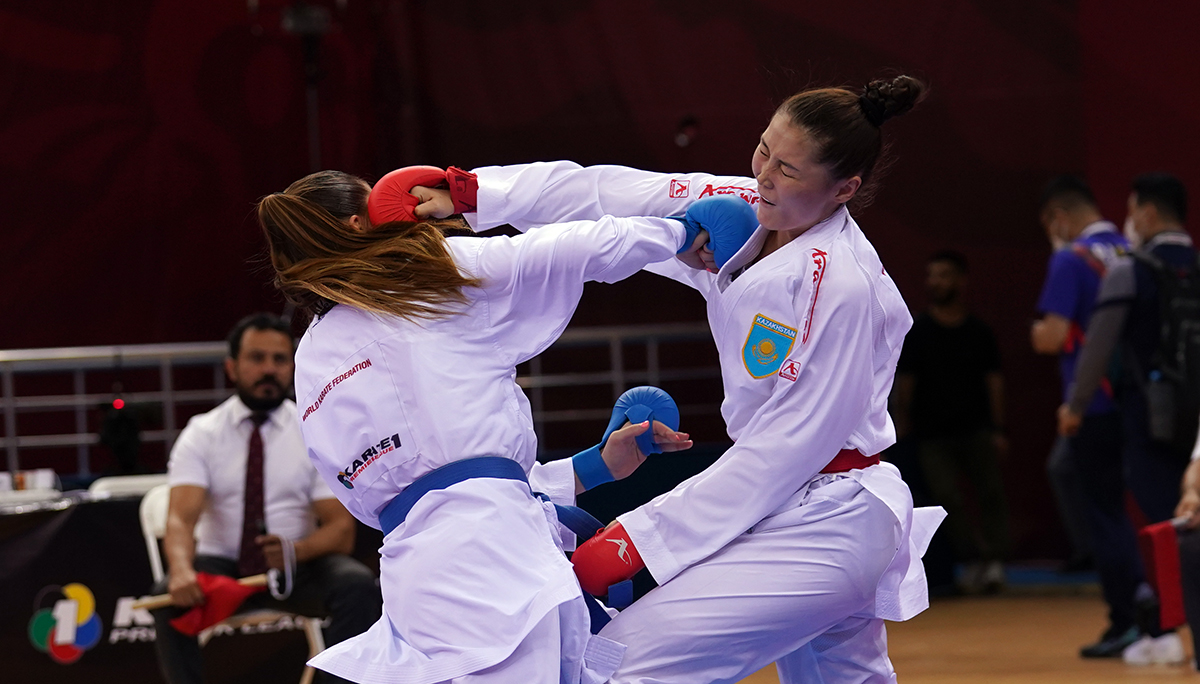 Egypt’s Youssef Badawy used the status of World champion in his favour to qualify for the final in Male Kumite -84kg. After claiming two titles this year, Badawy aims at his third crown of the season following an impressive 6-0 victory over Azerbaijan’s Turgut Hasanov.

Japan claimed a new final today as Rikito Shimada made it to his second final of Karate 1-Premier League. The promising Japanese karateka defeated Egypt’s Mohamed Ramadan in the semi-finals 6-3.

The title of Male Kata will go to Japan as two representatives of the birth nation of the sport reached the title-deciding bout. Kakeru Nishiyama made it to the second final of the season after winning in an All-Japan semi-final against team-mate Ryusei Ikeda. Nishiyama won the bout by 25.34 to 24.94. 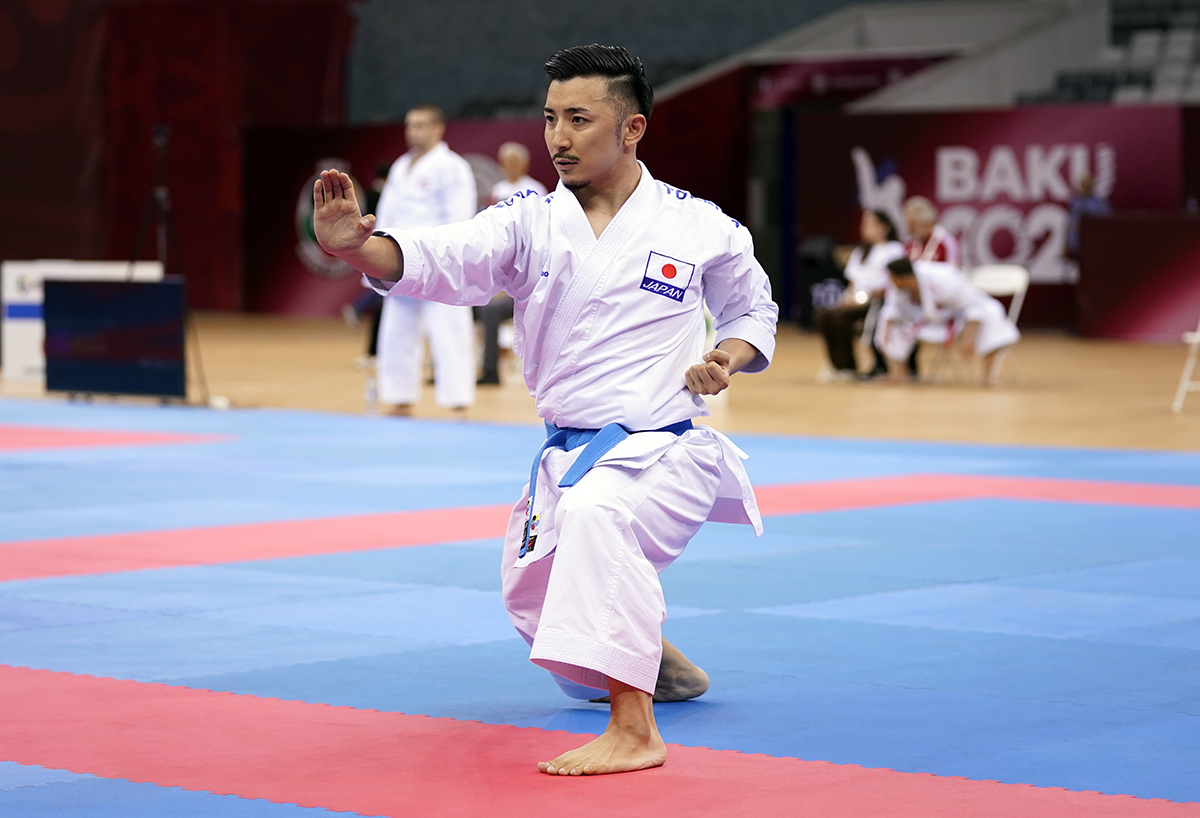 The other spot in the final is taken by Japan’s Kazumasa Moto. The winner of Karate 1-Premier League Rabat upset Olympian Ali Sofuoglu of Egypt by a slim 26.74 to 26.60.

Japan completed their outstanding performance today with one more spot in the final. Ayaka Saito will clash for the gold medal in Female Kumite +68kg after defeating Olympian Sofya Berultseva of Kazakhstan 3-1.

Meanwhile, Anastasiya Stepahsko of Ukraine reached her first final of the year as she defeated Japan’s Yuzuki Sawae in the semi-finals 3-2 thus preventing another All-Japan final.

The medal bouts will all be held on Sunday and are available on the WKF YouTube channel and a number of TV networks around the world.

CLICK HERE to go to the micro-site of the 2022 Karate 1-Premier League Baku.