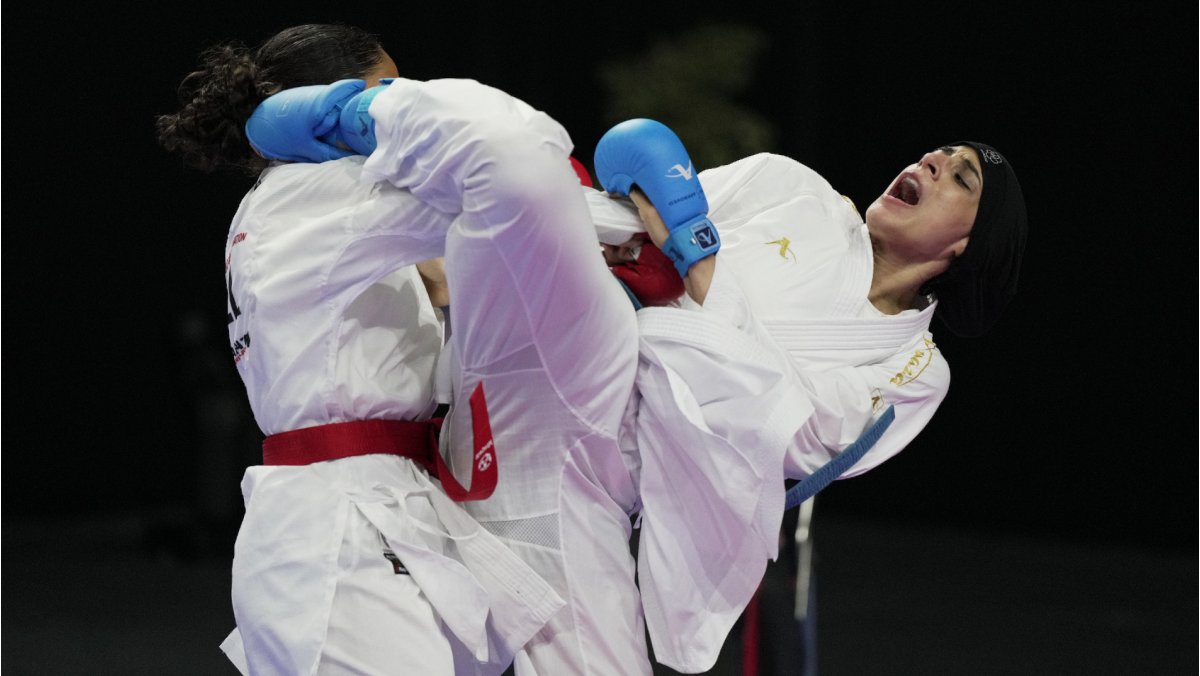 The second day of the 2022 Karate 1-Premier League Rabat put the spotlight on the Egyptian karatekas who continue demonstrating an outstanding level at the third event of the season of Karate’s biggest international event.

After claiming five spots in the finals on the opening day of the competition, Egyptian athletes continued impressing at the event on Day 2 of action.

The title in Female Kumite -61kg will go to either Aurora Graziosi of Italy or Dahab Ali of Egypt, one more final for Egyptian representatives. The two promising karatekas surprised the frontrunners of the category and will fight for their first gold in Karate 1-Premier League. 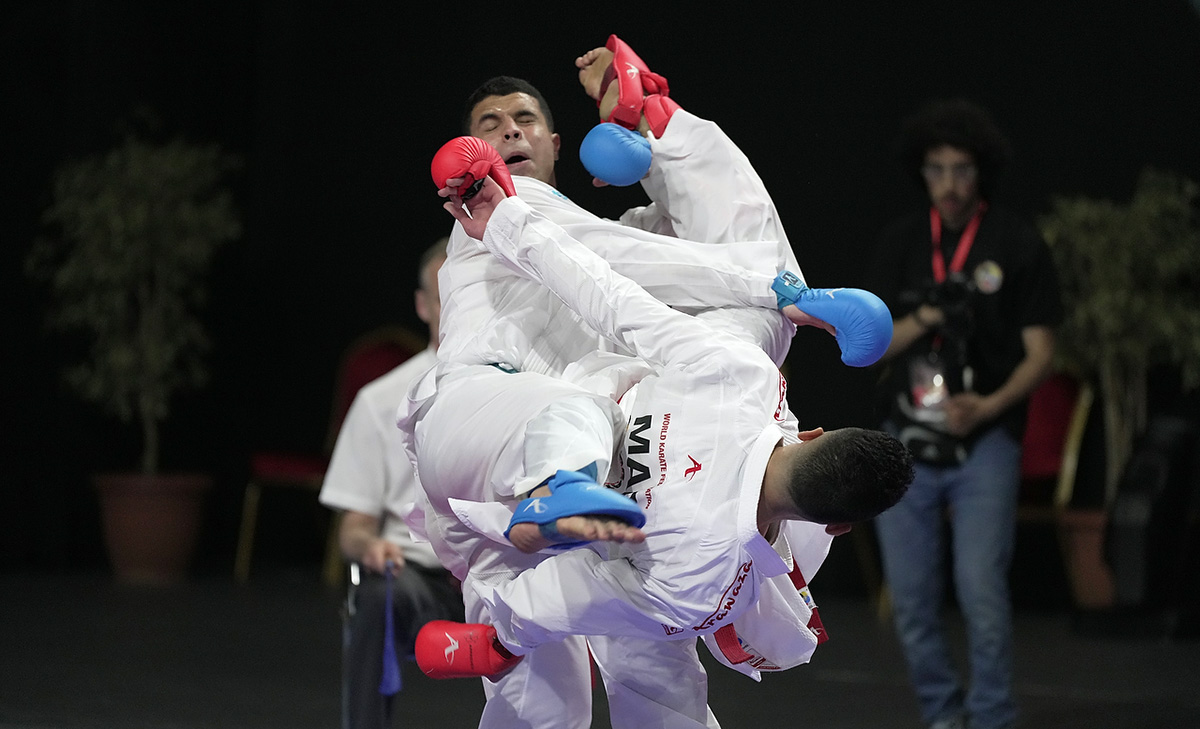 Meena Shaaban Okila completed the outstanding success of Egyptian karatekas today. The World Championships runner-up edged Martina Sachova of the Czech Republic 2-1 and qualified for her first final this season. 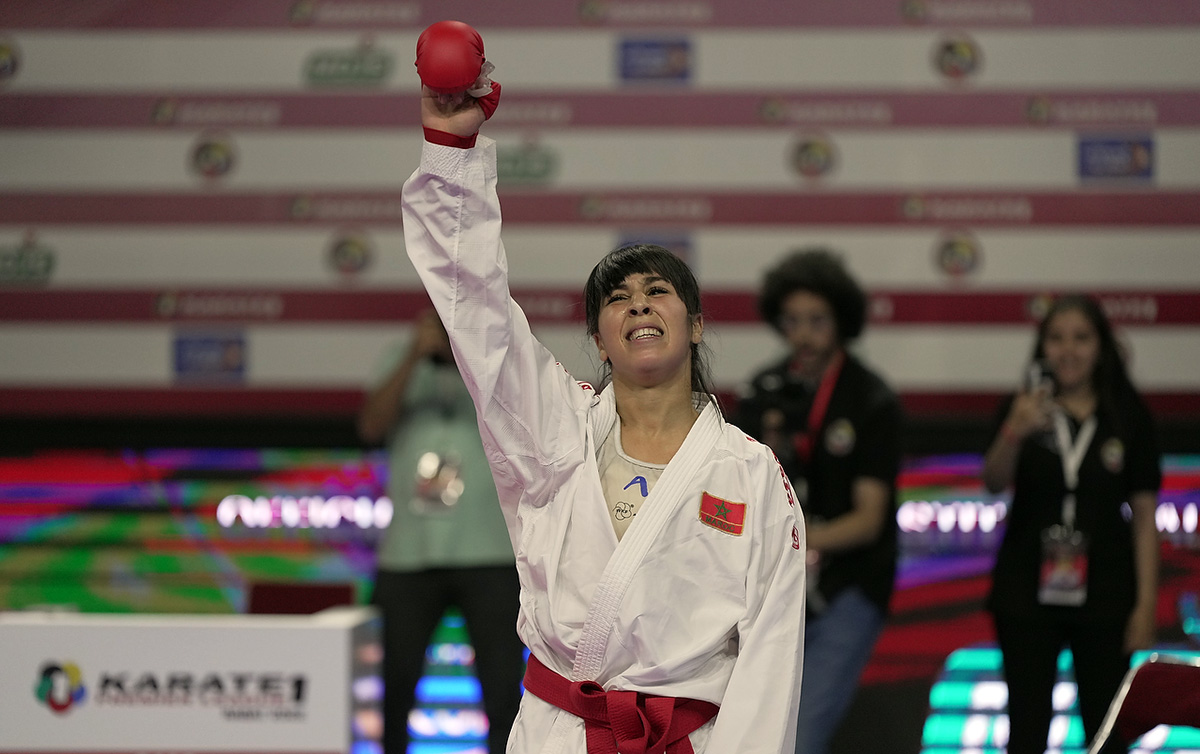 Morocco’s Nisrine Brouk used the home-ground factor to take the flag of the organising country to the final of Female Kumite -68kg. The local hopeful upset World champion Irina Zaretska 4-3 in the semi-finals.

The other spot in the tatami was claimed by Elena Quirici of Switzerland. The two-time continental champion beat Kyriaki Kydonaki of Greece 2-0 to make it to her first final of the season. 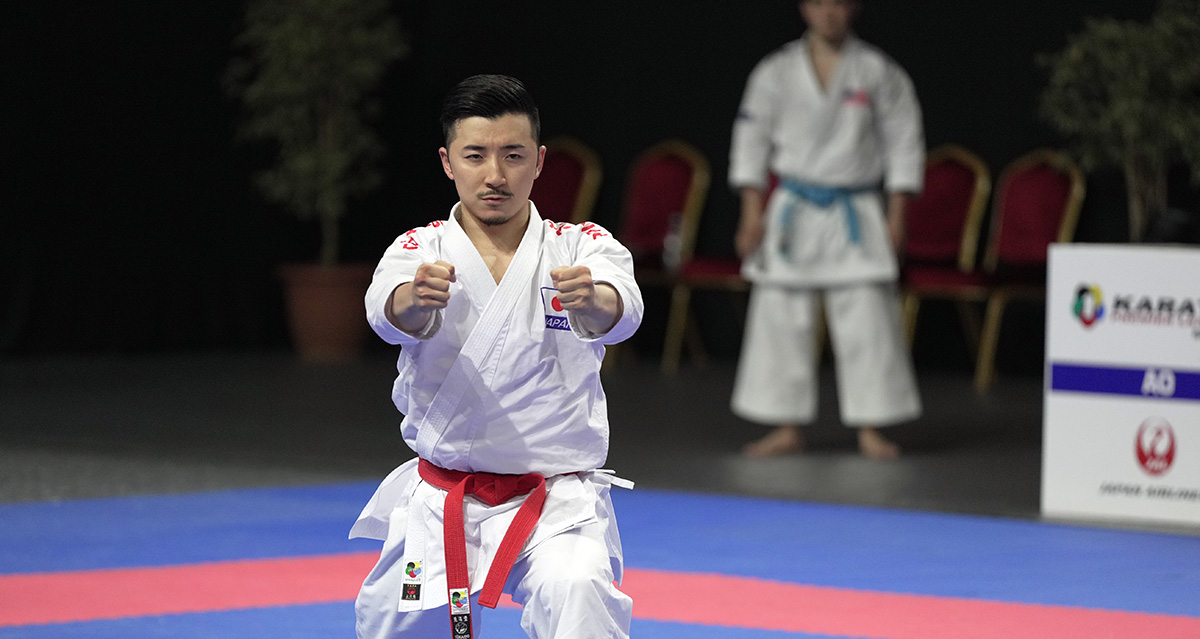 POWERHOUSE NATIONS WILL CLASH FOR GOLD IN MALE KATA

The final of Male Kata will see two karatekas from two of the strongest powerhouse nations of the sport fighting for the crown on Sunday. Gakuji Tozaki of the United States and Kazumasa Moto of Japan will compete for the title in Rabat. Moto who was a silver medallist in the Karate 1-Premier League Fujairah defeated Olympic Games bronze medallist Ariel Torres of the United States in an extremely tight semi-final bout (25.74 to 25.74, with the victory going to Moto by tie-resolution criteria).

Meanwhile, Tozaki returns to a final of Karate 1-Premier League after his victory in Cairo last year following a slim triumph over Kakeru Nishiyama of Japan by 26.62 to 26.00.

The list of finalists will be completed on Sunday when the semi-finals of Male Kumite +84kg will be held.

The medal bouts will all be held on Sunday and are available on the WKF YouTube channel and a number of TV networks around the world.

Find all the info on the 2022 Karate 1-Premier League Rabat including results on the micro-site of the event.