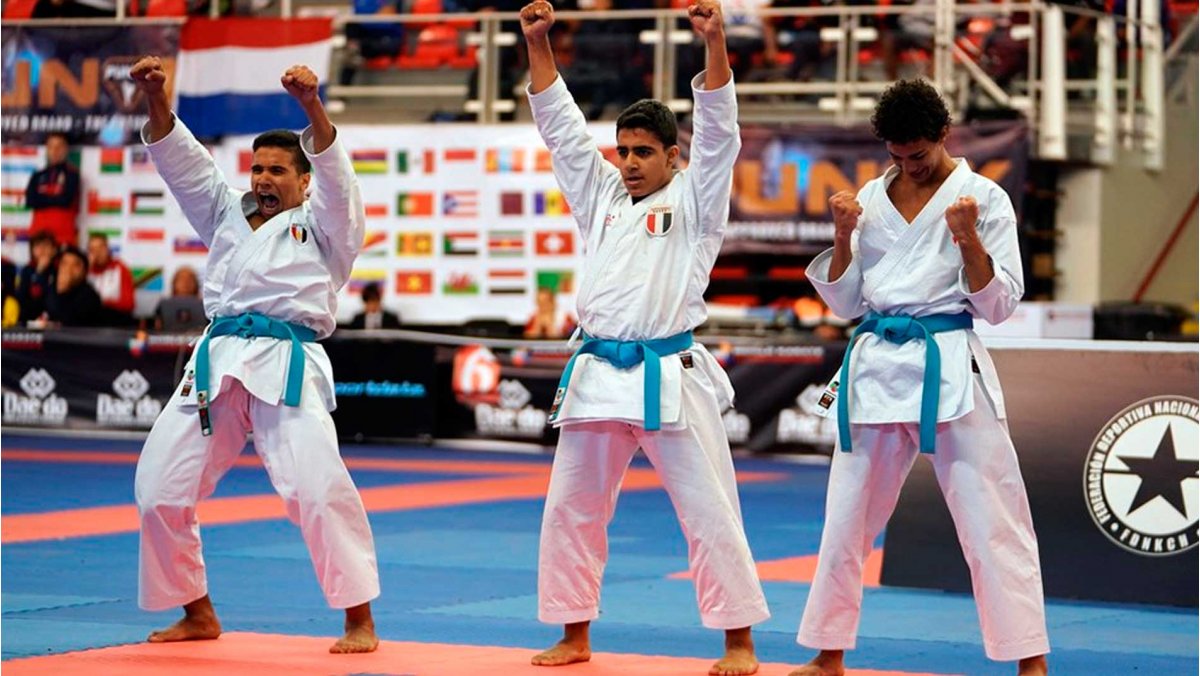 Egypt topped the medal table of the 2019 World Cadet, Junior & U21 Championships as the event concluded today in Santiago (Chile). The new world champions in U21 Female Kumite and Team Kata categories were crowned in the final day of competition thus putting an end to a memorable event.

Egypt topped the medal table of the 2019 World Cadet, Junior & U21 Championships as the event concluded today in Santiago (Chile). The new world champions in U21 Female Kumite and Team Kata categories were crowned in the final day of competition thus putting an end to a memorable event.

The Egyptian delegation wrapped up a sensational tournament and finished the competition on top of the medal table with a tally of 19 medals including seven golds. The African powerhouse nation of the sport claimed two titles in the final day. Feryal Abdelaziz continued the successful performance of Egyptian karatekas in the tournament as the young athlete became World champion in U21 Female Kumite -68kg. The karateka who incidentally won bronze at the Karate 1-Series A here in Santiago defeated Russia?s Victoria Isaeva in the final after scoring two ?Yuko? (2-0). 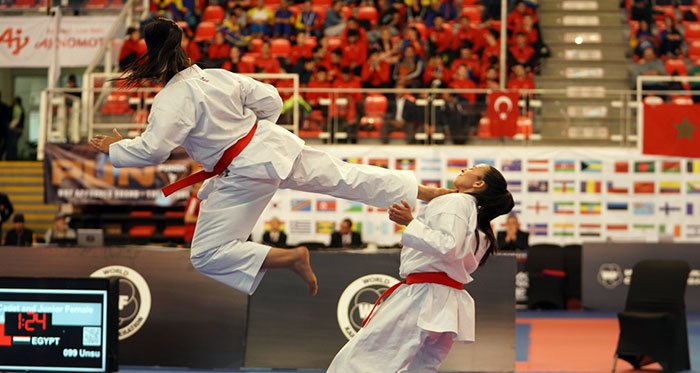 The closing gold for Egypt came in the last final of the day, a celebration of the African nation?s domination in the championships. The Egyptian side prevailed in Cadet and Junior Male Team Kata as they defeated the USA in the final. Egypt received a score of 23.68 with ?Unsu? kata for 25.66 of the representatives of the USA.

After losing two finals in the previous day, the delegation of the organising ry was hoping to finish the event with a well-deserved gold. The reward came in U21 Female Kumite -55kg since Valentina Toro became the new world champion of the category in front of family and friends. The local star defeated Gulsen Demirturk of Turkey 4-0 in a demonstration of abilities of the tatamis. With Valentina Toro?s gold, the host ry concludes the event with a total of four medals. 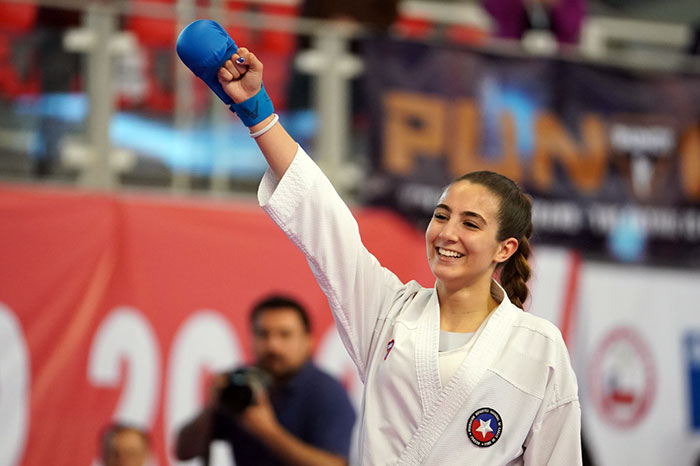 The biggest star of the tournament was Gwendoline Philippe of France. The impressive French competitor confirmed her status as the world?s most promising karateka since the 20-year-old athlete won her third consecutive World underage title. After claiming the U21 crown in Tenerife two years ago, Philippe continues in meteoric progression with a new world title.

In the final of U21 Female Kumite -61, Philippe who is also the current Grand Winner of Senior Female Kumite -61kg and number 2 in Senior World ranking confirmed the predictions and reached the top of the podium following a 4-2 victory over Alessandra Mangiacapra of Italy. 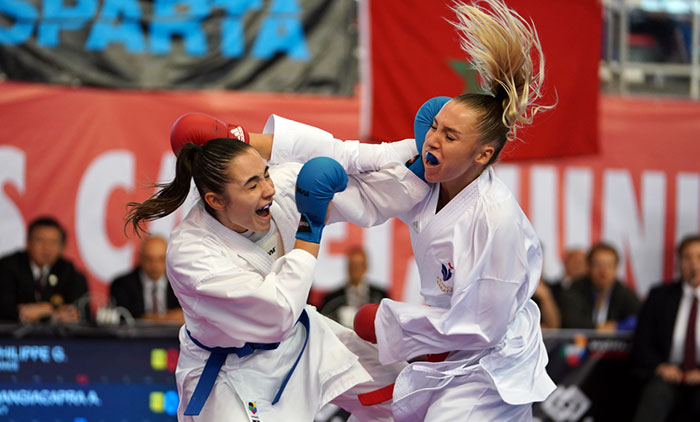 France celebrated one more gold today since Niswa Ahmed took the French flag to the top of the podium in U21 Female Kumite -50kg. The young karateka had her victory at the 2018 Karate 1-Youth League Caorle-Venice as her best result thus far beat Chaimae Elhayti of Morocco 4-1 in the final.

Lucija Lesjak of Croatia with her victory in U21 Female Kumite +68kg over Austria?s Lora Ziller (5-1) and Spain?s second gold in kata following their triumph in Cadet and Junior Female Team Kata over Egypt (scores of 25.14 for 23.88) completed the list of winners today.

The memorable event concludes with a celebration of the sport overcoming adversities in Chile. The World Cadet, Junior & U21 Championships moves to Cape Town (South Africa) were the next edition of the event will take place in 2021.

CLICK HERE to go to all the info of the event including results. 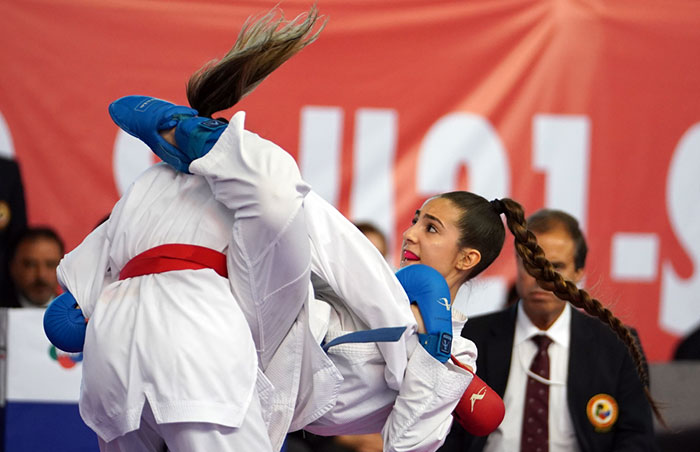