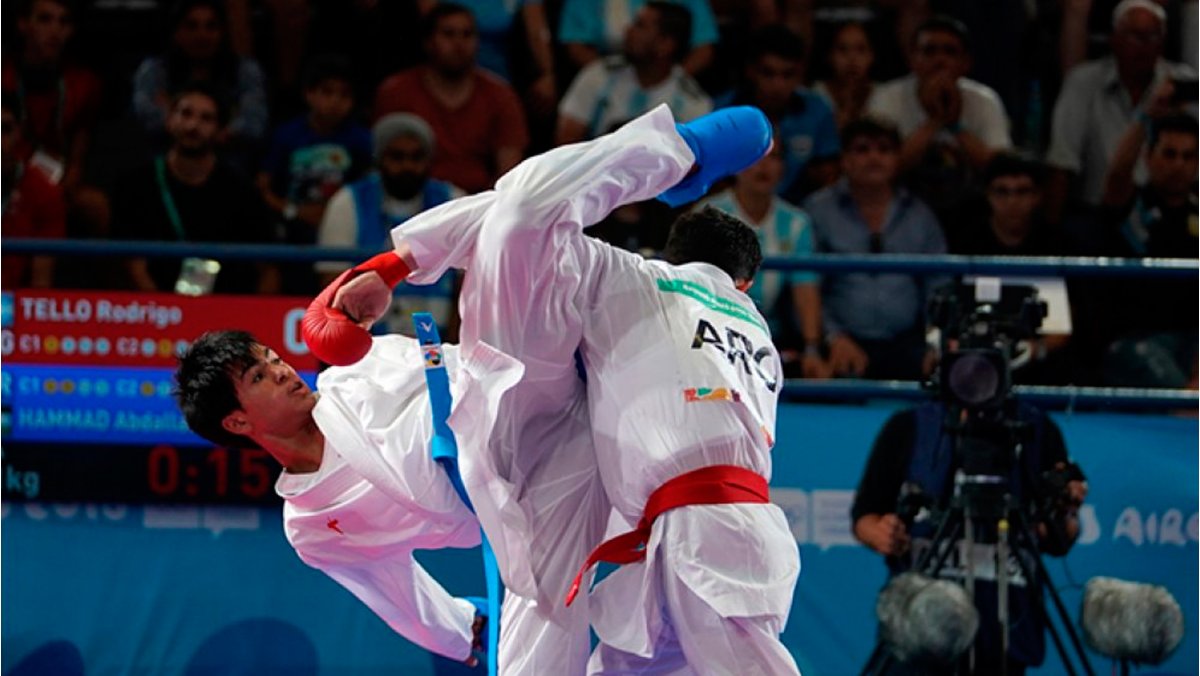 Karate made its Youth Olympic debut on Wednesday. In the first day of the Karate competition at the Youth Olympic Games, the global impact of the sport was showcased with representatives of nine ries making it to the semi-finals of the competition.

In the Female Kumite -53kg category, the first semi-final will see Egypt’s Yasmin Nasr Elgewily facing Iran’s Fatemeh Khonakdartarsi. The Egyptian representative produced one of the most impressive performances of the day after dominating the pool with two victories, a tie and a tally of 9-1 in three bouts. Meanwhile, the karateka from the Asian powerhouse nation also proved to be strong in the pool. Fatemeh Khonakdartarsi won two bouts and lost the last one (against Japan’s Rinka Tanaka) with a total of 9-1.

The second semi-final of the category will have Japan’s Rinka Tanaka and Uzbekistan’s Dildora Alikulova as stars. The Japanese young karateka claimed two victories and a tie to a total of 6-3. The representative of Uzbekistan, who took part in the first ever Karate Youth Olympic bout took two ties and a victory to qualify for semi-finals.

Front-runners of the category took the spotlight in Male Kumite -61kg. The first bout for the final will have Mohammed Ayed Al Assiri of Saudi Arabia clashing against Morocco’s Oussama Edari. The karateka from Saudi Arabia won two bouts and tied in more match to reach the semi-finals (6-0). His rival in the semi-finals from Morocco reached the bout for the medals after winning two bouts and tying the last one to a tally of 8-1.

The second semi-final will have Japan’s Masaki Yamaoka facing FYR of Macedonia Fahik Veseli. The Japanese karateka continued the success of the representatives of the birth nation of the sport by making it to the semi-finals with an effective performance and two victories and a tie (9-0). Also demonstrating his front-runner status, Fahik Veseli produced one of the most impressive performances of the day with three convincing victories and a remarkable of 11-0 in three bouts.

Japanese representatives showed their outstanding level earning three spots in the semi-finals today. Following Masaki Yamaoka and Rinka Tanaka’s success in the previous categories, young Japanese Kokoro Sakaji also qualified for the afternoon session in Female Kumite -59kg. The favourite from Japan won all her three bouts with a total of 6-0. Sakaji will clash for a place in the final against Iran’s Mobina Heydariozomcheloei. Iran also wrapped up a successful morning session with two spots in semi-finals. In Female Kumite -59kg, Mobina Heydariozomcheloei qualified for the semi-finals with two victories and one defeat (against Russia’s Anna Chernysheva).

Presenting the most remarkable performance of the morning, Russia’s Anna Chernysheva became one of the stars of the first session after producing a forceful demonstration on the tatami of Pabellon Europa sports hall. The Russian athlete dazzled with three outstanding victories to a total of 20-0. The Russian front-runner will meet in semi-finals against Serbia’s Ivana Perovic. The Serbian karateka reached the last stage of the day with two victories and a defeat (against Japan’s Kokoro Sakaji) with 10-1.

The semi-finals are scheduled to start at 15:00 (local time) while the gold medal bouts will at 15.45. All the event is being streamed live on the Olympic Channel.