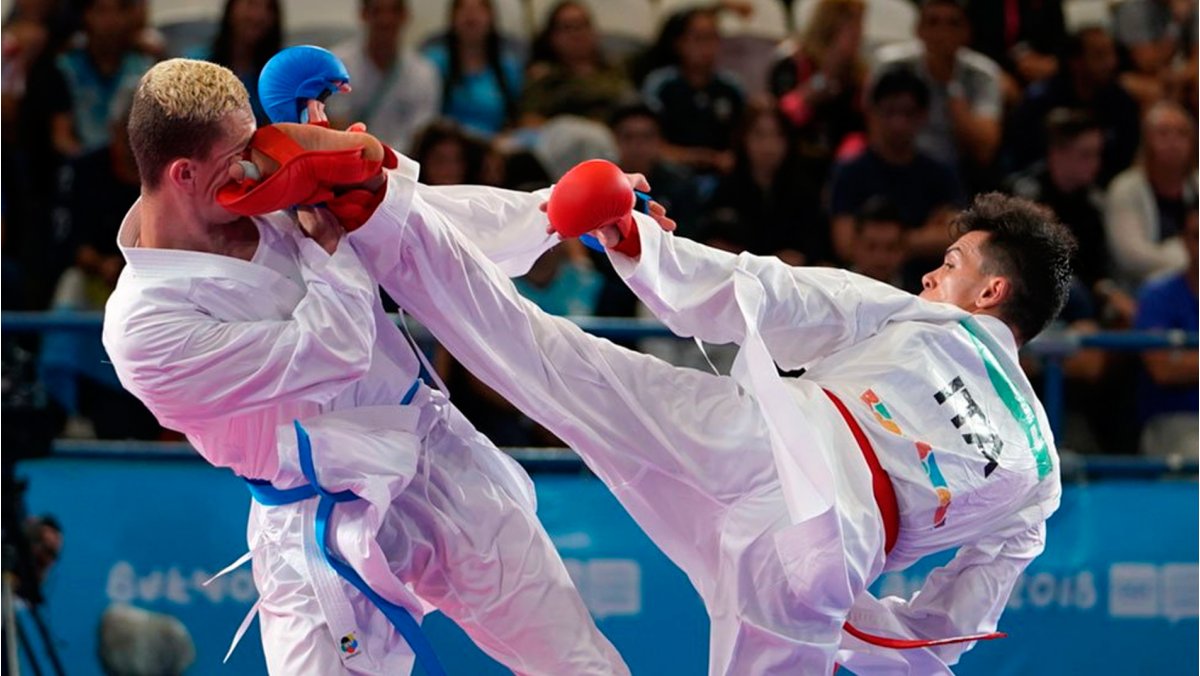 The history of Karate continued being written in Buenos Aires as the second day of competition at the Youth Olympic Games is underway. After the spectacular opening day of the Karate tournament in Buenos Aires, the first Youth Olympians for the sport produced a thrilling quest to the medals in Thursday’s morning session.

The history of Karate continued being written in Buenos Aires as the second day of competition at the Youth Olympic Games is underway. After the spectacular opening day of the Karate tournament in Buenos Aires, the first Youth Olympians for the sport produced a thrilling quest to the medals in Thursday’s morning session.

In a demonstration of efficiency and offensive Karate, the favourites in the category proved too strong in Male Kumite -68kg. After succeeding in the Youth Olympic Qualification tournament in Umag, Belgium’s Quentin Mahauden presented a forceful performance and earned the qualification to the semi-finals. The 17-year-old karateka wrapped-up the group phase with two victories and a tie, including a spectacular roller-coaster bout against Italy’s Rosario Ruggiero that ended 7-6 for the Belgian representative.

The other spot in the first semi-final was taken by Abilmansur Batyrgali of Kazakhstan. The 17-year-old karateka qualified for the medal-deciding bout after winning two bouts and tying one match in the pool phase.

Meanwhile, Rosario Ruggiero of Italy also confirmed his front-runner status and following the point-filled bout against Quentin Mahauden, the 17-year-old Italian karateka completed his qualification to the semi-finals with one victory, one defeat and one tie.

The last spot for the semi-finals in the category was earned by Morocco’s Yassine Sekouri. The Moroccan representative finished on top of the pool after completing two victories and a tie, including a forceful 8-2 triumph over Japan’s Kotaro Nakamura.

Two of the ries that succeeded in the first day of competition in Buenos Aires, Iran and Japan continued showcasing great level in day 2 of action. Both powerhouse nations increased their medal with representatives in the semi-finals today.

Japan’s Sakura Sawashima secured the fourth medal for the birth nation of the sport with a demonstration on the tatami today. The 16-year-old karateka took two victories and one defeat (against Iran’s Negin Altooni) to reach the semi-finals.

Iran’s Negin Altooni made it to the last bouts of the day by achieving one victory, one tie and one defeat (against Denmark’s Laura Lyck).

The other two semi-final spots went to Lauren Salisbury of Great Britain and Norway’s Annika Saelid. The British representative closed the group with two defeats and one victory but winning the ticket to semi-finals nonetheless. Meanwhile, Annika Saelid, who was one of the stars of the Youth Olympic qualification tournament in Umag claimed three victories in three bouts to reach the semi-finals.

The last category of the morning ended with surprises taking over the competition. The first semi-final will see representatives of two powerhouse nations of the sport face to face. Enes Bulut gave Turkish fans plenty of reasons to celebrate with his qualification to semi-finals. The 17-year-old karateka took two victories and one defeat to claim the ticket to the medal-deciding bout.

Completing the impressive performance by Iranian karatekas here, Navid Mohammadi also made it to the key moments of the day. The representative of powerhouse of Iran took two victories and one defeat (against Japan’s Keisei Sakiyama) to qualify for the semi-final.

Morocco wrapped up a wonderful day with their second ticket to semi-finals. Nabil Ech-Chaabi claimed one victory and two ties to reach the semi-final.

His rival in the last bout of the day will be Ireland’s Sean Mc Carthy Crean. The Irish karateka surprised with a remarkable demonstration and will clash for the medals after taking two victories and one defeat in the pool phase.

The semi-finals are scheduled to start at 14:00 local time with the finals starting at 14:42. You can follow all the action LIVE on the Olympic Channel.