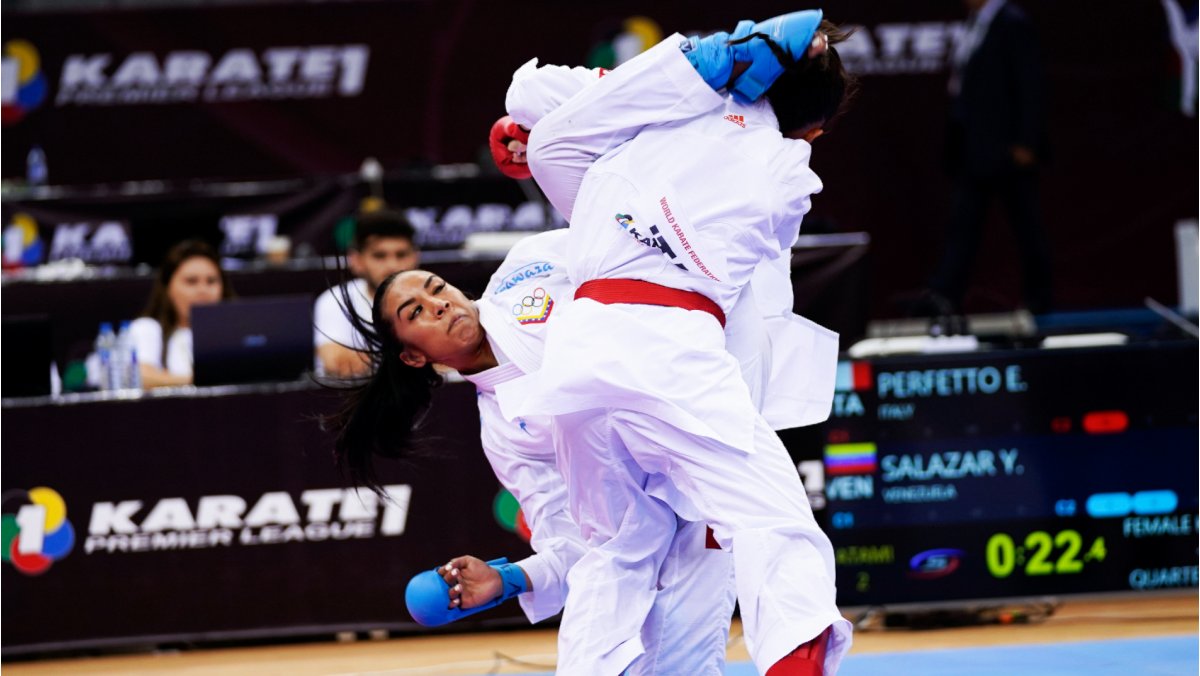 The fourth Karate 1-Premier League event of the season began Friday in Baku (Azerbaijan). Yorgelis Salazar of Venezuela, Anzhelika Terliuga of Ukraine and Steven Dacosta of France were among the heroes of the day.

One of the most spectacular karatekas on today’s international scene, Yorgelis Salazar of Venezuela aims at winning her fifth medal in five events following an impressive showcase of abilities today in Female Kumite -50kg. Salazar qualified for the final after beating Seden Bugur of Germany by an outstanding 9-0.

The other spot in the final is taken by Sara Bahmanyar of Iran. It is the first final of the year for the 2018 World Championships bronze medallist who defeated Grand Winner Serap Ozcelik Arapoglu of Turkey in the semi-finals 2-1.

Ukraine’s Anzhelika Terliuga became one of the big names of the day as she reached her fifth final in five events this year. The current Grand Winner performed at a fantastic level today and she aims at her fourth consecutive crown following a 7-4 victory over Tuba Yakan of Turkey.

The final on Sunday is set to be thrilling as Grand Winner Terliuga will clash for gold against World champion Ahlam Youssef of Egypt. The current World and continental titleholder edged Shiori Nakamura of Japan in the final 1-1. 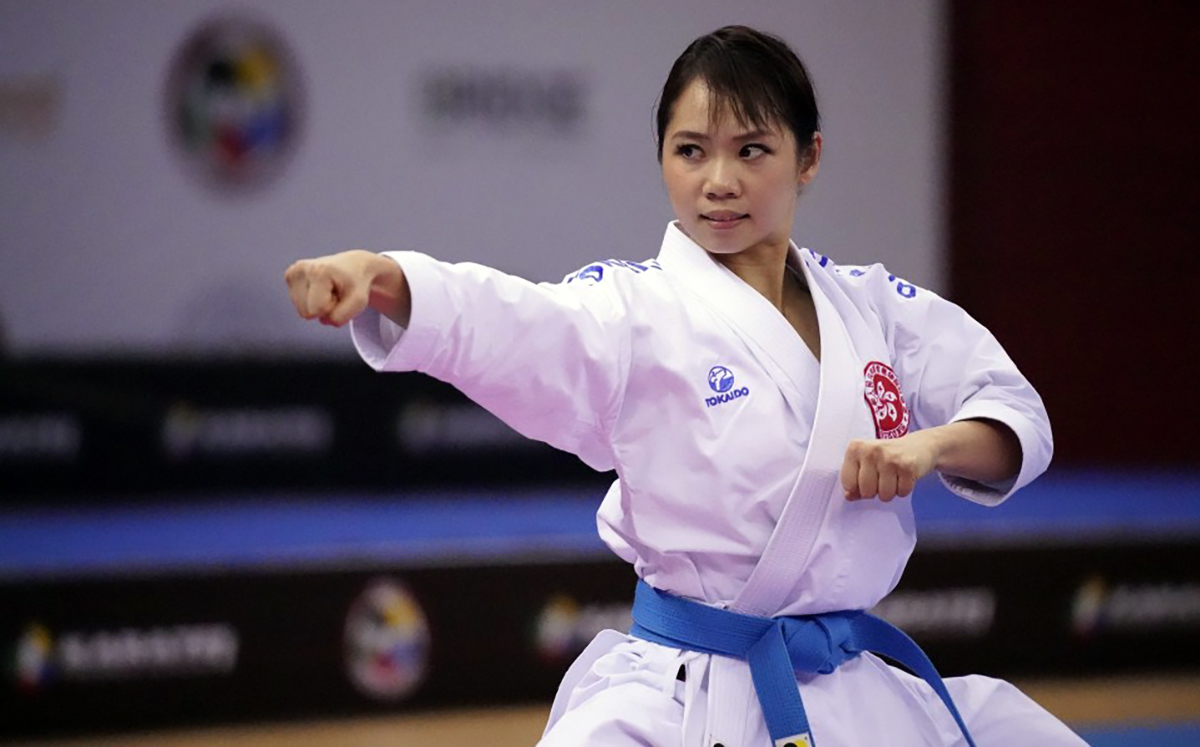 NEW GENERATION OF KATA STARS ON THE RISE

The category of Female Kata will have Hikaru Ono of Japan and Mo Sheung Grace Lau of Hong Kong fighting for the title in Baku.

Current World Championships runner-up Hikaru Ono caused one of the upsets of the day as she defeated two-time World titleholder and Olympic Games silver medallist Kiyou Shimizu in an all-Japan semi-final (score of 27.00 to 26.80).

Meanwhile, Mo Sheung Grace Lau who is an Olympic Games bronze medallist showcased impressive progress as she qualified for her third consecutive final after defeating Natsuki Shimizu of Japan by 26.00 to 24.88.

Aminagha Guliyev gave hosts plenty of reasons to celebrate as he qualified for the title-deciding bout in Male Kumite -60kg. It is the first Karate 1-Premier League final for the promising karateka who beat Christos-Stefanos Xenos of Greece by “Hantei” or decision 0-0.

Also a first-time finalist, Karime Aboeitta of Egypt surprised favourites and reached the final of the category after upsetting Kaisar Alpysbay of Kazakhstan 2-1. 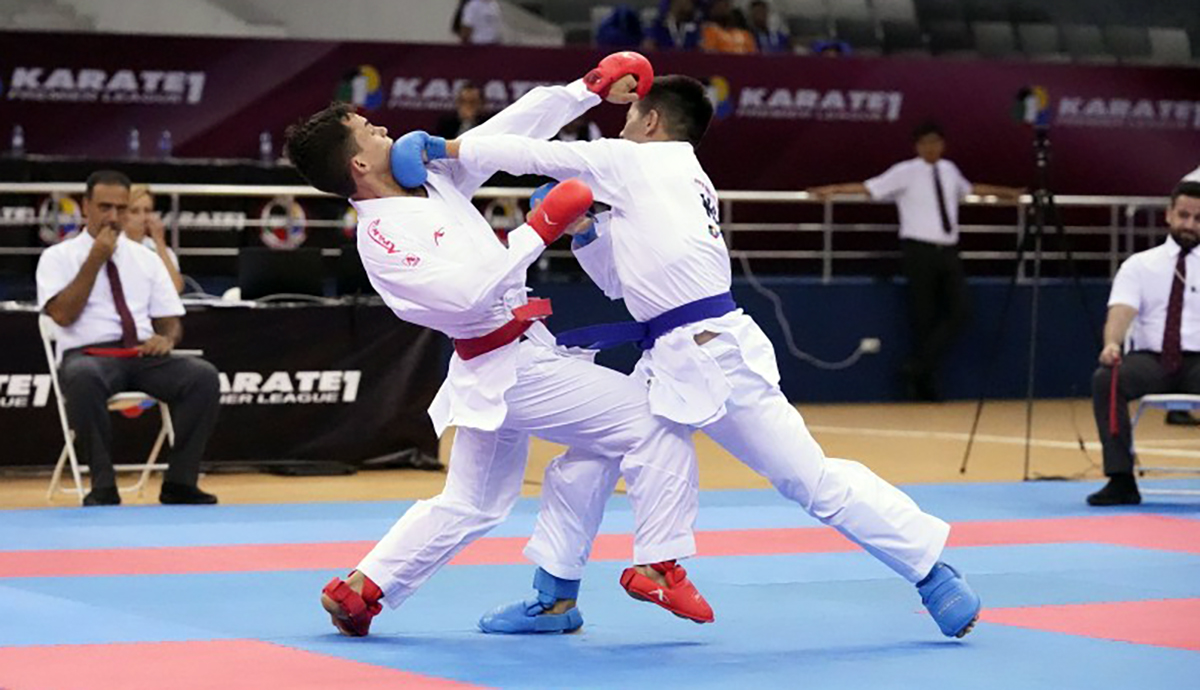 STEVEN DACOSTA DOES IT AGAIN

World and Olympic champion Steven Dacosta of France continues dominating the category of Male Kumite -67kg as he reached his second final of Karate 1-Premier League this year. Dacosta who won gold this year in Matoshinhos beat Hiroki Nakano of Japan 5-0.

His rival in the final is Dionysios Xenos of Greece. The continental silver medallist upset Didar Amirali of Kazakhstan by 3-2.

The list of finalists today was completed by Olympian Nurkanat Azhikanov of Kazakhstan and former World champion Bahman Asgari Ghoncheh of Iran who will clash for the title in Male Kumite -75kg.

Olympian Nurkanat Azhikanov qualified for his first final of the Karate 1-Premier League after beating Olympian Abdalla Abdelaziz of Egypt.

Meanwhile, former World title-holder Bahman Asgari Ghoncheh went back to winning ways and made it to the final following a 4-2 triumph over Tiago Duarte of Portugal.

CLICK HERE to go to the micro-site of the 2022 Karate 1-Premier League Baku. 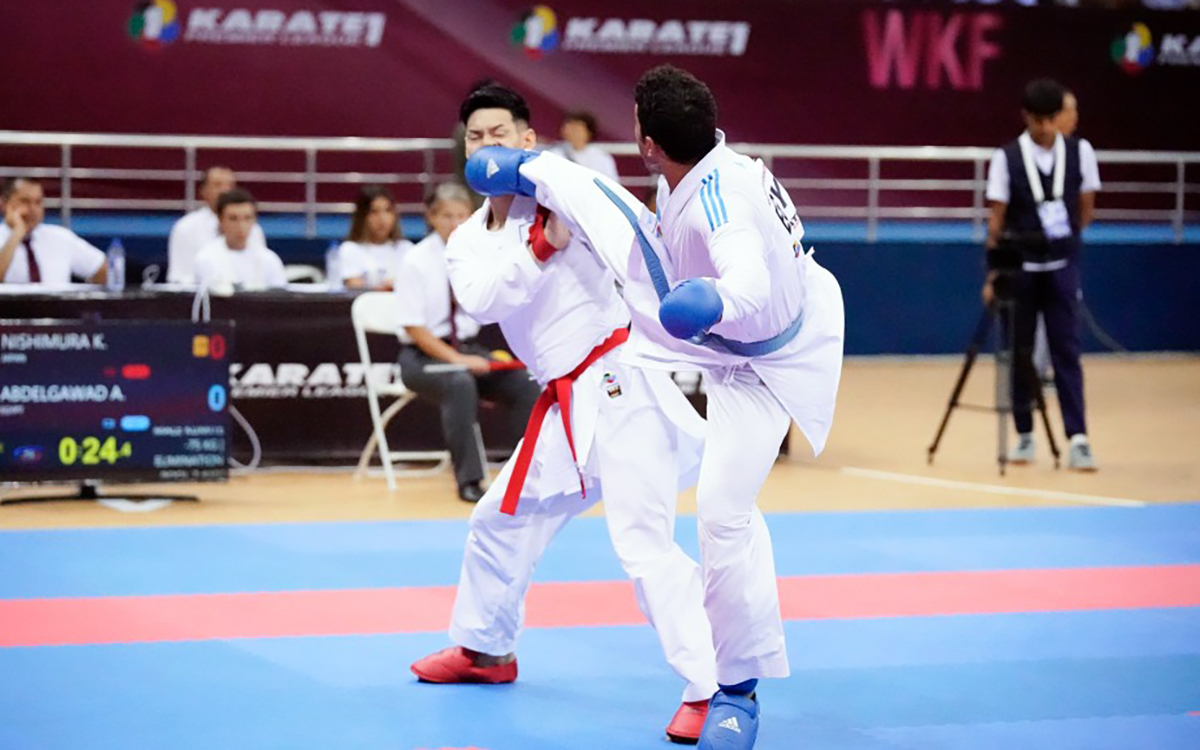