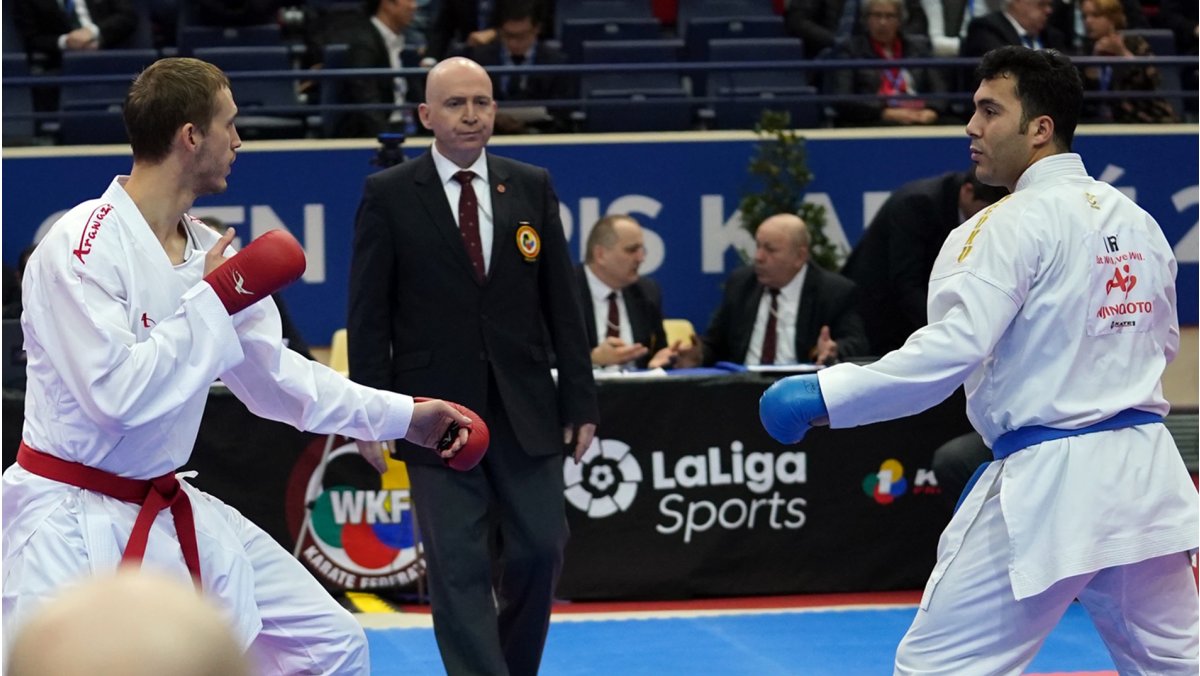 The second day of competition of the Karate 1-Premier League Paris finished with Grand Winners making it to the finals and with surprises taking over the competition.

The second day of competition of the Karate 1-Premier League Paris finished with Grand Winners making it to the finals and with surprises taking over the competition. Xiaoyan Yin, Ryo Kiyuna and Irina Zaretska were the Grand Winners succeeding today while Ryutaro Araga and Damian Quintero were among the stars of the day.

Karatekas with the golden karategi continued on top form today. Xiaoyan Yin was the first Grand Winner reaching the finals today as the Chinese athlete made it to the title-deciding bout in Female Kumite -61kg. The defending Grand Winner from China defeated former Grand Winner and local star Gwendoline Philippe of France 5-1 in semi-finals thus causing a major upset among French karate fans. Xiaoyan Yin will clash for the gold medal against Merve Coban of Turkey. The current European champion qualified for her first final of Karate 1-Premier League since her victory at the 2018 Karate 1-Premier League Istanbul following a convincing 5-0 triumph in semi-finals over Barno Mirzaeva of Uzbekistan. 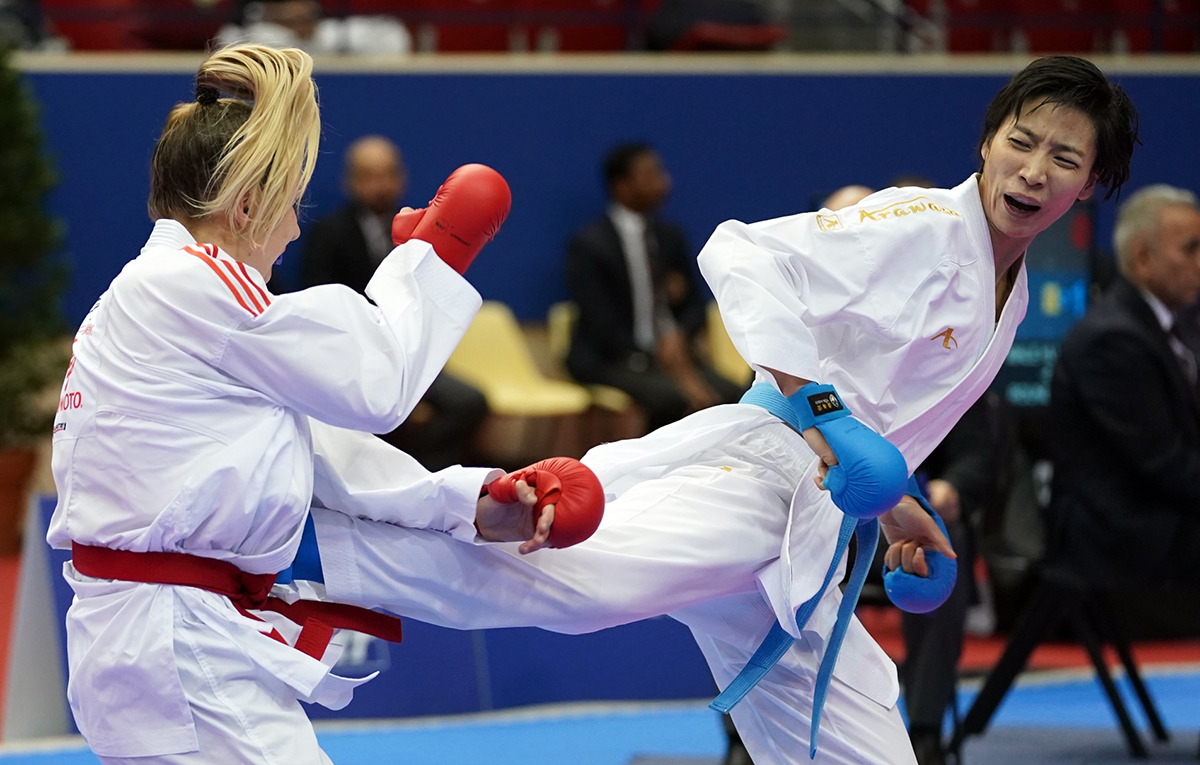 Azerbaijan’s Irina Zaretska was the second Grand Winner prevailing today in Paris. The current owner of the golden karategi performed at a great level and qualified for the title-deciding bout in Female Kumite -68kg after beating Kayo Someya of Japan 5-0.

The final of the category will see experienced Zaretska clashing against one of the most promising athletes of the division. Feryal Abdelaziz of Egypt who is the current U21 World Champion surprised favourites and will be in her second final of Karate 1-Premier League. Abdelaziz edged Melissa Bratic of Canada in semi-finals 2-0. 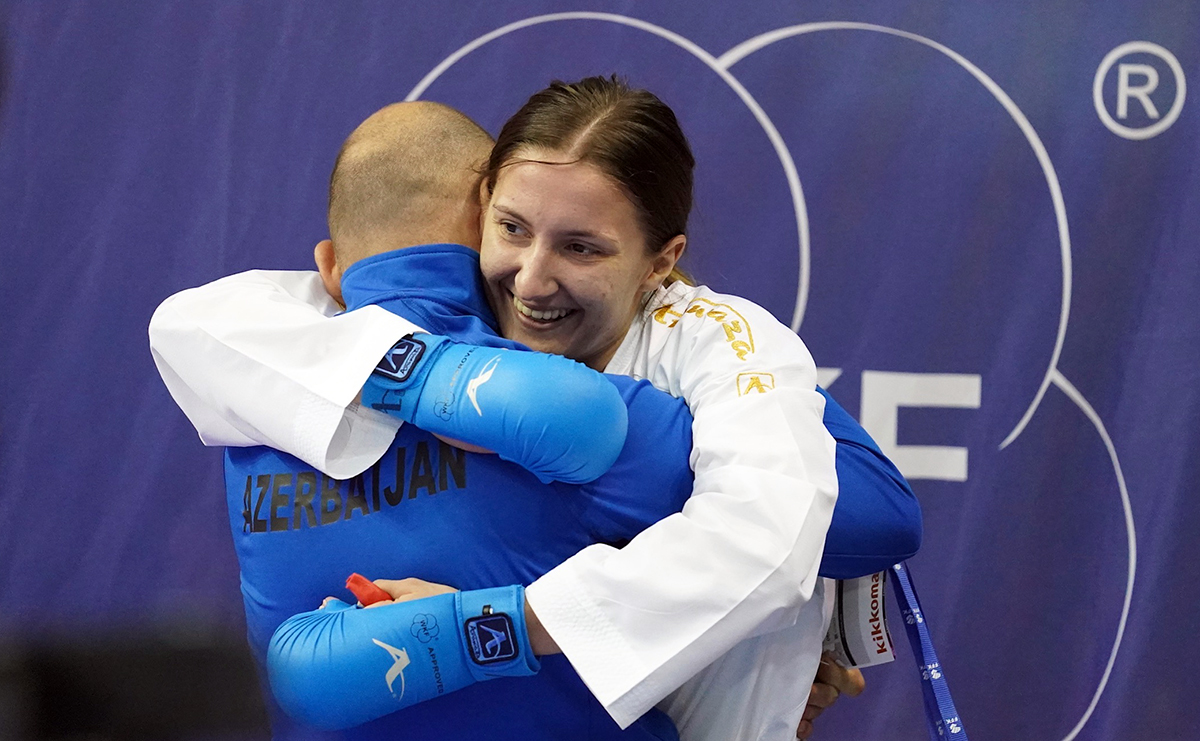 “I worked hard and I did all my best to get this result. I am happy to be in the final and tomorrow I will give all that I have to win. It is very special to be Grand Winner. I think it helps you on the tatami; wearing the golden karategi, everyone sees who was the best of the year,” said Irina Zaretska.

The two top competitors in Male Kata demonstrated their domination of the category. As it happened in five of the seven events last year, Damian Quintero of Spain and Ryo Kiyuna of Japan will clash for the gold medal in Paris. Current Grand Winner and defending World champion Ryo Kiyuna topped his pool with “Ohan Dai” kata and a score of 27.8 while European title-holder and World Championships runner-up Damian Quintero prevailed in his pool with “Anan Dai” kata and a score of 26.86. 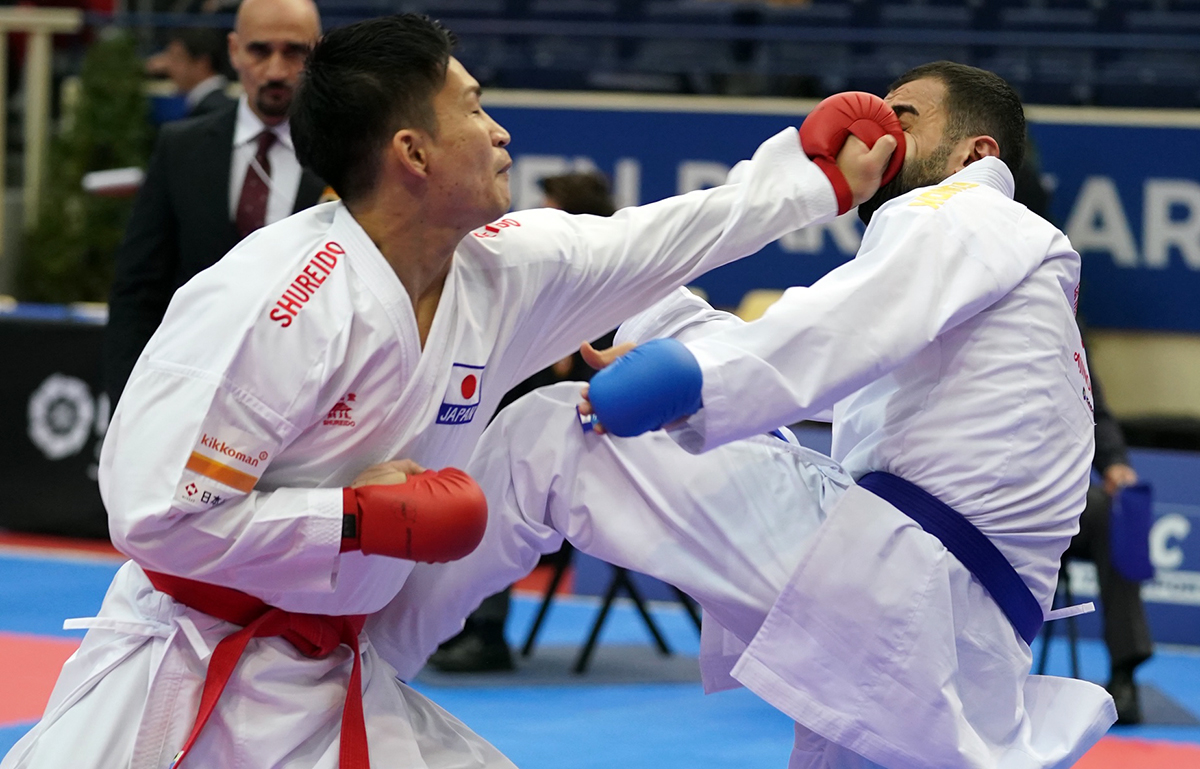 The tournament continued with Male Kumite -84kg. Ryutaro Araga of Japan who was in three finals of Karate 1-Premier League last year started the season on great form as he upset current Grand Winner Ugur Aktas of Turkey in semi-finals. Araga beat Aktas 5-3 and will try to win one more gold medal for Japan in this tournament. Ahmed Mohamed Ramadan of Egypt will try to prevent Araga’s victory. It is the first final in international competitions for the young Egyptian athlete who has only two appearances in Karate 1-Premier League under his belt. Ramadan defeated World champion Ivan Kvesic of Croatia en semi-finals 2-0.

The categories of Male Kumite +84kg and Female Kumite +68kg completed the list of title-deciding bouts of the event. Gogita Arkania of Georgia and France’s Dnylson Jacquet will fight for the gold medal in Male Kumite +84kg. Arkania upset World champion Jonathan Horne of Germany 5-0 while Jacquet gave local fans reasons to celebrate with his slim 1-0 triumph over Saleh Abazari of Iran. 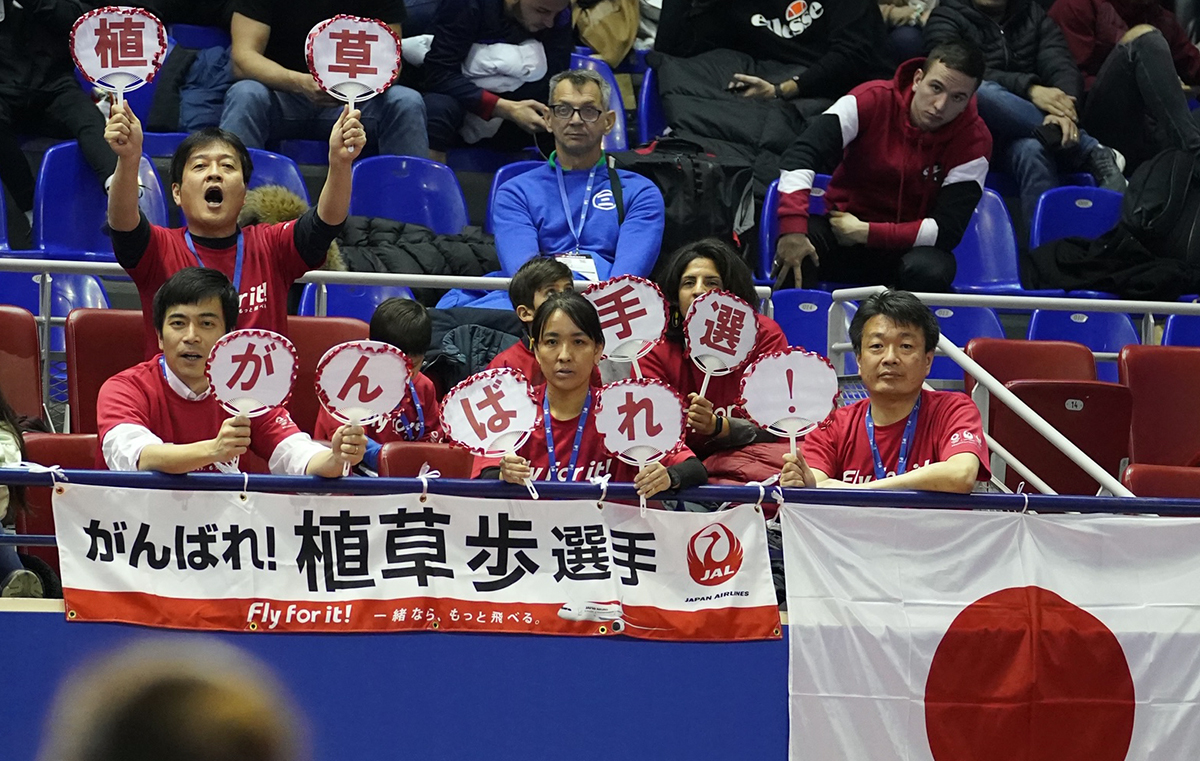 The final of Female Kumite +68kg will have Meltem Hocaoglu Akyol of Turkey and Hamideh Abbasali of Iran clashing for the title. The Turkish athlete upset current Grand Winner Ayumi Uekusa in semi-finals 5-1 while Abbasali defeated Aleksandra Stubleva of Bulgaria 3-0.