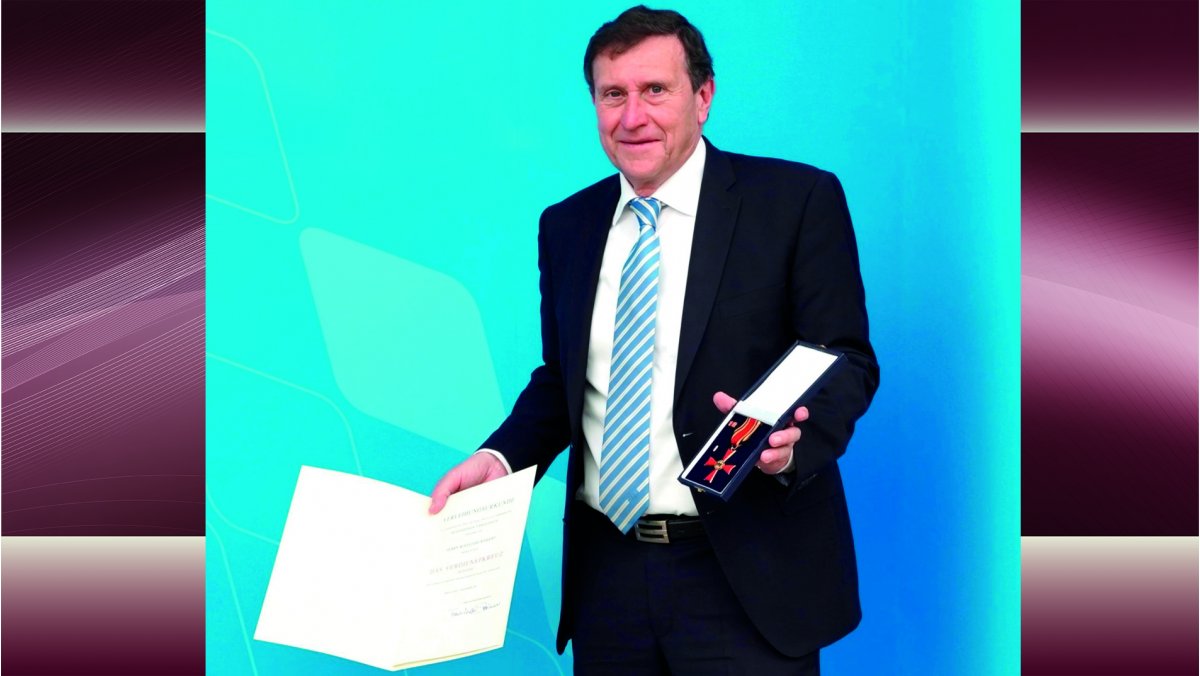 WKF Vice-President Wolfgang Weigert was awarded the Federal Cross of Merit. The German native received the recognition due to his long-lasting contribution to the progress of the sport.

Weigert who is also the President of the German Karate Federation was bestowed with the honour of the Federal Cross of Merit on Ribbon by the Bavarian Prime Minister Markus Soder.

"Our goal was and is to highlight and promote the many aspects of karate and to represent them strongly to sporting and political institutions", Weigert said.

A member of the WKF Executive Committee since 2014, Weigert is also the second Vice-President of the European Karate Federation. As WKF Commissioner for Para-Karate & Refugees, he has actively contributed to the implementation and development of Para-Karate disciplines within the WKF.

“On behalf of the Karate family, I would like to congratulate Mr Weigert for receiving Germany’s highest distinction to civilian persons. This recognition extends the list of WKF officials who have been honoured due to their contribution to Karate. It also demonstrates that the efforts and hard work of WKF officials is effective, valued, and crucial for the progress of sports,” said WKF and EKF President Antonio Espinós.