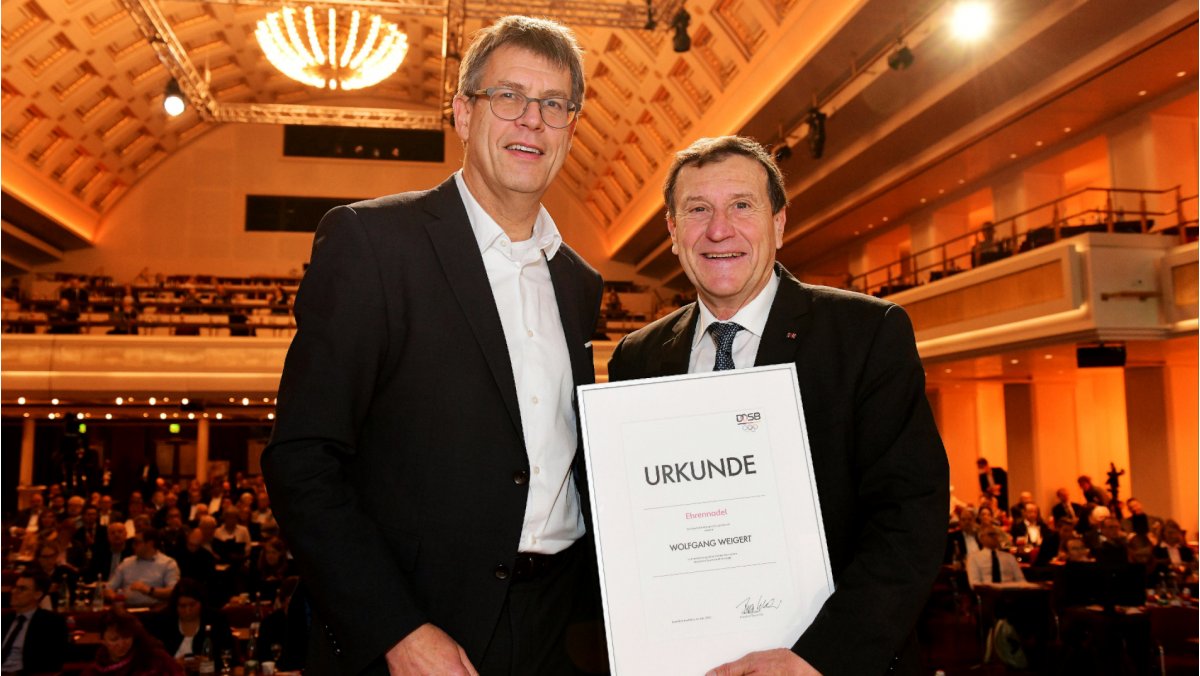 WKF Vice President and Commissioner for Para-Karate and Refugees Wolfgang Weigert was honoured by the German Olympic Sports Confederation (DOSB) at the organisation’s General Congress.

The Karate official received the “Golden Honour pin” for his career in sport management and his contribution to inclusion through sport.

“On behalf of the Karate family, I want to congratulate Mr Weigert for this outstanding achievement. Mr Weigert has contributed greatly to the progress of our sport not only in Germany but all over the world for over two decades, and he continuously demonstrates the many added values that Karate brings to the sports eco-system worldwide.”