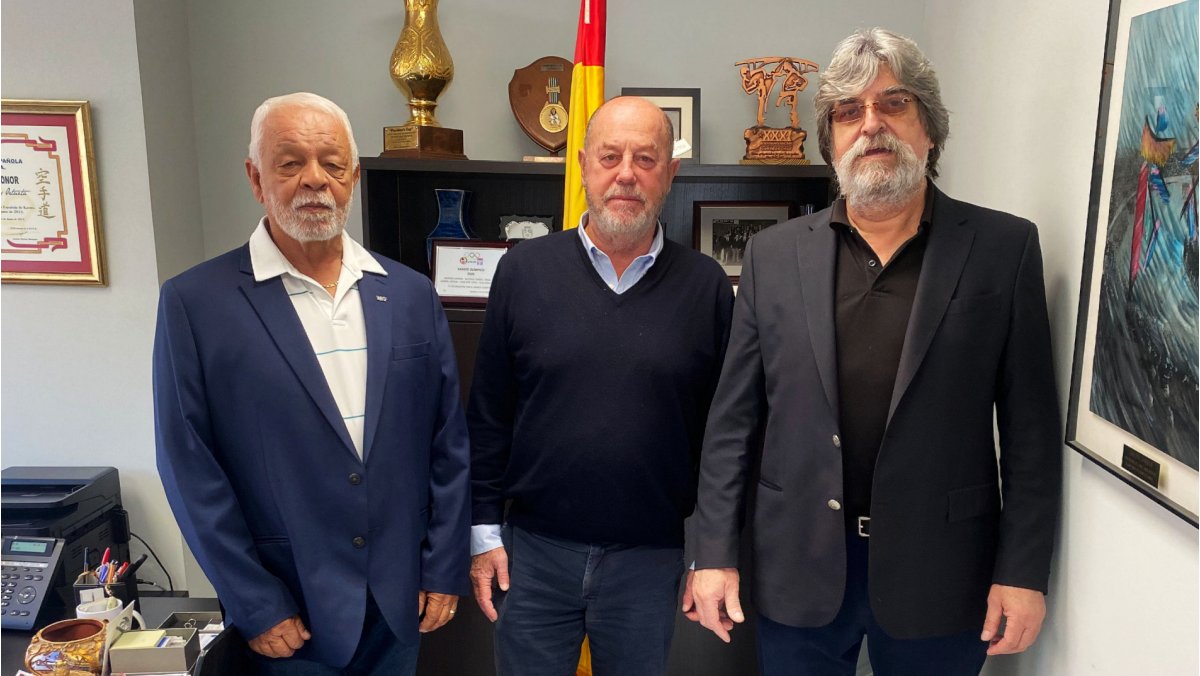 The meeting followed the World Cadet, Junior & U21 Championships and the WKF Congress which were held in Konya (Turkiye) last week where Mr Espinós was re-elected as the head of Karate’s international governing body and Mr García Maañón and Mr Méndez were both re-elected as WKF Executive Committee members.

Among the topics on the agenda were extending the progress of Karate in Pan America and a review of PKF’s main events for 2023, including the PKF Senior Championships to be held in San Jose (Costa Rica) in May 2023, the PKF Cadet, Junior & U21 Championships to take place in Santiago (Chile) in August 2023, and the Pan American Games to be held in Santiago (Chile) in November 2023.

“It has been a pleasure to receive José and Tony in the WKF office in Madrid. At today’s meeting, we were able to discuss how much Karate has developed in the Americas over the years. There is still a lot of room for improvement, of course, but I am pleased to receive positive feedback on the promising prospects of Karate in the continent.