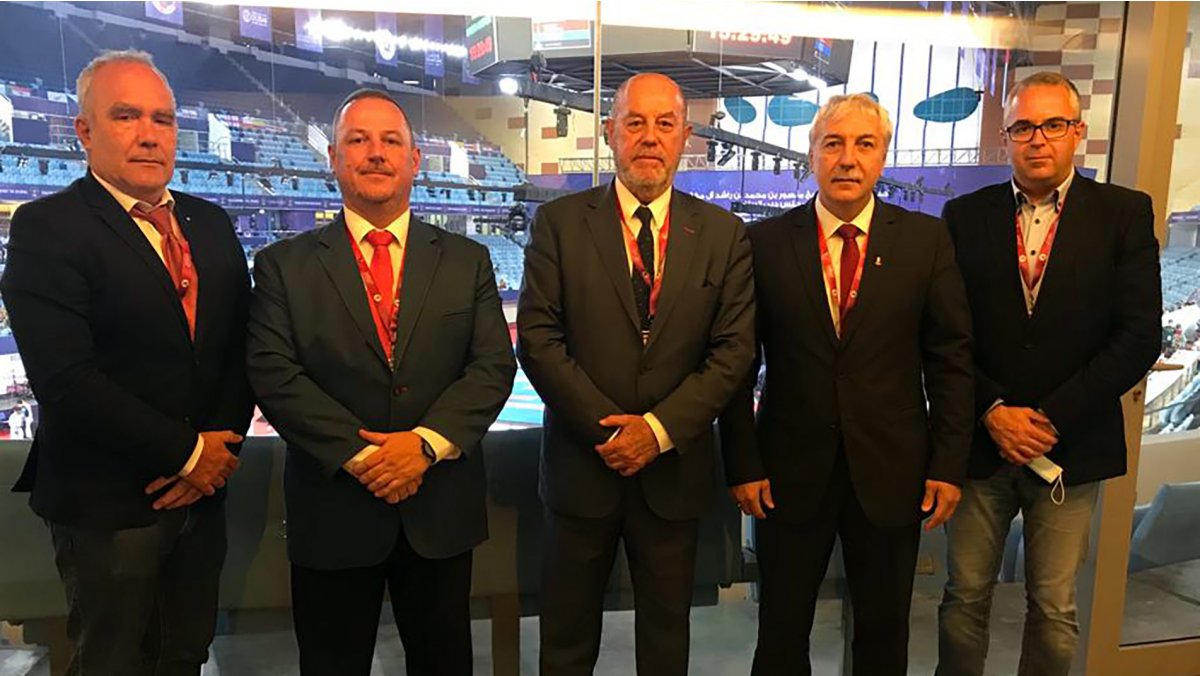 WKF President Antonio Espinós sat with representatives of the Hungarian Karate Federation and Hungarian sports officials to discuss the next edition of the Karate World Senior Championships which will be held in Budapest in 2023.

The meeting took place at Hamdan Sports Complex in Dubai (UAE) as the city of the Emirates hosts the 2021 Karate World Senior Championships.

Headed by WKF President Antonio Espinós, the gathering was attended by the President and Vice-president of the Hungarian Karate Federation Janos Meszaros and Marton Falusi, and the representatives of the Hungarian National Sports Agency Kamuthy Balazs and Peter Babati.

With the 25th edition of Karate’s biggest event as the background, the sports officials discussed logistical and organisational matters of the 2023 edition of the championships. The local organising committee officials intend to host the most advanced edition of the event to date and for that, all the parties involved pledged to work alongside to take the tournament to new heights.

“It was a pleasure to welcome the Hungarian delegation here in Dubai and to attest that the preparations to the 2023 World Championships are running smoothly. Hungary is a country with strong Karate tradition and these meetings are critical to ensuring that we can work together to host a world-class event in two years.”