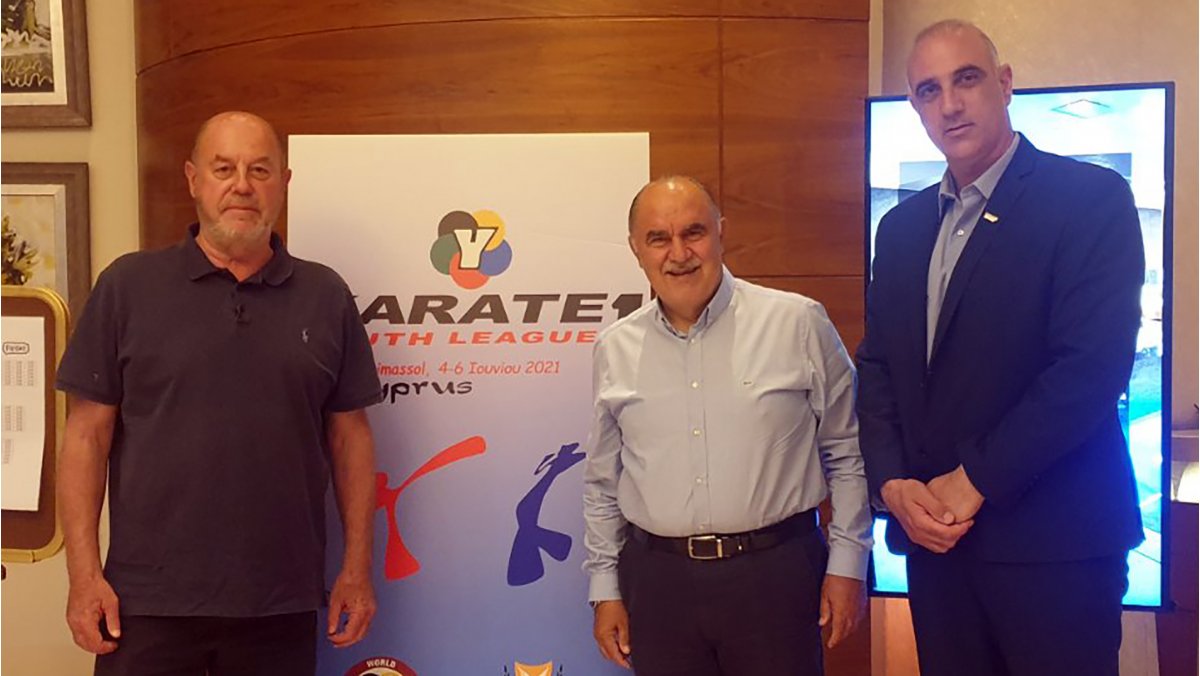 The gathering was held in Limassol and was also attended by the President of the Cyprus Karate Federation, Andreas Vasileiou. Many topics were on top of the agenda of the meeting including the celebration of major events in Cyprus, Karate’s Olympic debut in Tokyo, and the continuity of the discipline in the Olympic sports programme.

"It is an extremely great honour for the Cyprus Sports Organisation (CSO) and our country that a major event as the Karate 1- Youth League has been organized here in Limassol with such a large number of athletes. The CSO has always supported the federation and we are very happy with the outcome of the event," said Michaelides.

Over 700 young athletes from 37 countries travelled to Limassol (Cyprus) for the first Karate 1-Youth League event of the year. The tournament followed the local safety regulations and the WKF COVID-19 Protocol to guarantee the well-being of competitors and staff members.

“I want to thank Mr Michaelides for visiting our event and for taking the time to meet with us today. The support of the CSO has been instrumental in the success of the Karate 1-Youth League Limassol, and I am pleased to note that with their cooperation and the hard work and efforts of the Cyprus Karate Federation, this event has exceeded our expectations,” said WKF President Antonio Espinós.