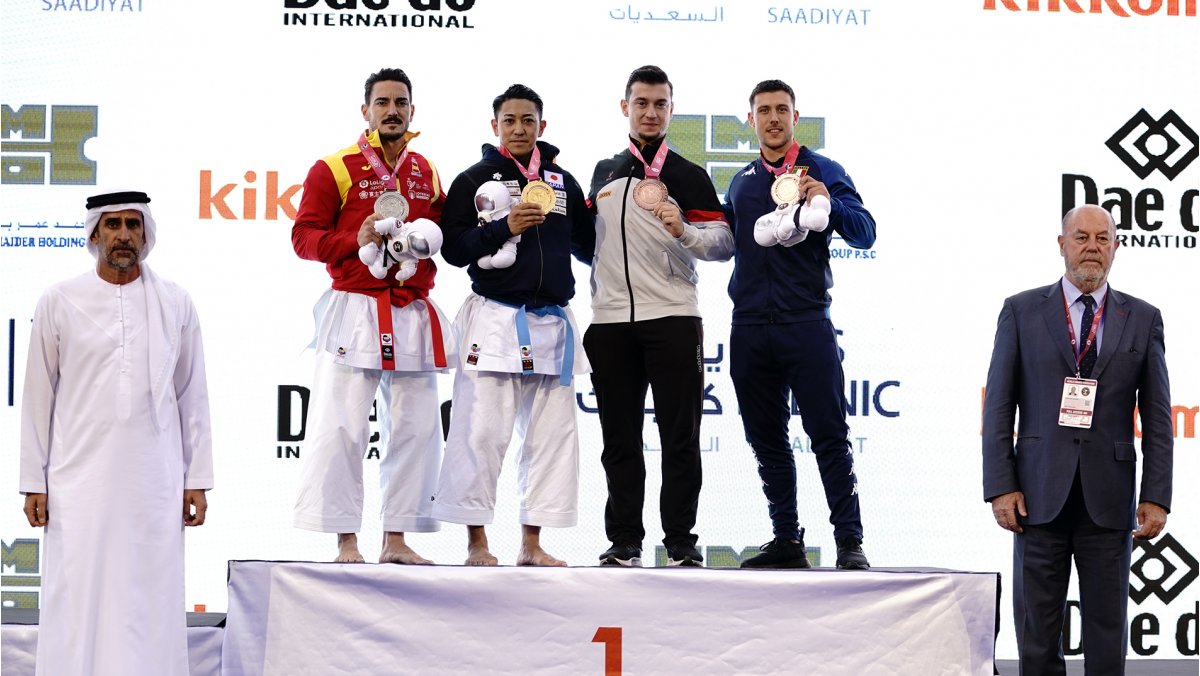 The meeting took place at the venue of Karate’s biggest event on day 5 of the competition. With #KarateDubai2021 reaching its final stages, the highest official of Dubai Police visited Hamdan Sports Complex to watch the finals of the individual categories of the 2021 Karate World Senior Championships as well as to participate in the awarding ceremony.

Mr Abdullah Khalifa Al Marri, together with Mr Espinós presented the awards for the medallists in the Male and Female Kata categories which ended with Japan’s Ryo Kiyuna and Spain’s Sandra Sanchez on top of the podium. 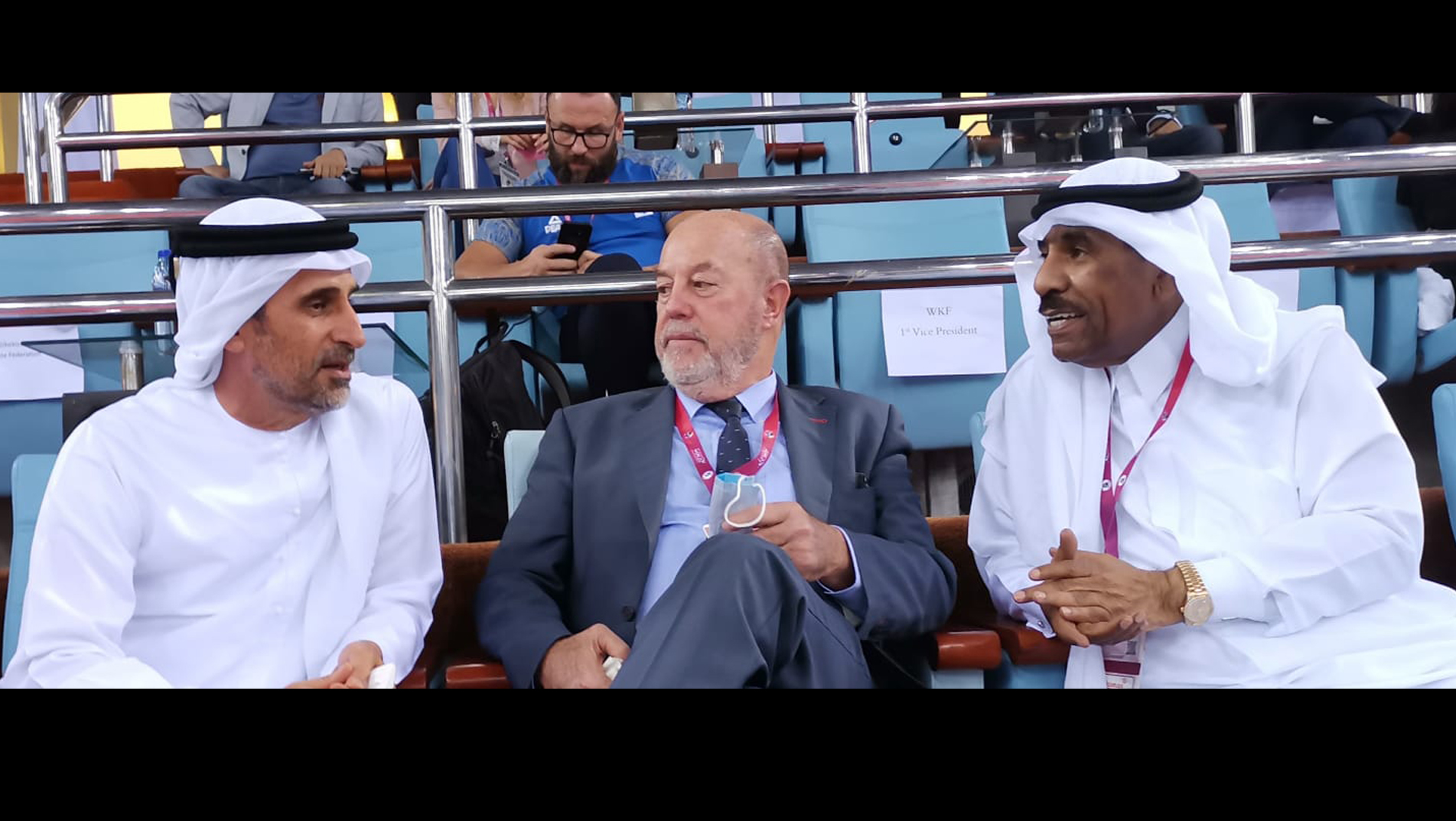 The head of Dubai Police sat with Mr Espinós and with WKF Vice-President and President of UAE Karate Federation Major General Nasser Alrazooq and discussed the progress of the sport in the region.

“It has been a pleasure to welcome H.E. Abdullah Khalifa Al Marri at our event. I hope that he enjoyed the greatness of Karate as well as the many values of our sport on display here today. We witnessed fantastic sporting achievements at this event and I want to thank Mr Abdullah Khalifa Al Marri for taking the time to come to Hamdan Sports Complex on this special day for the whole Karate family,” 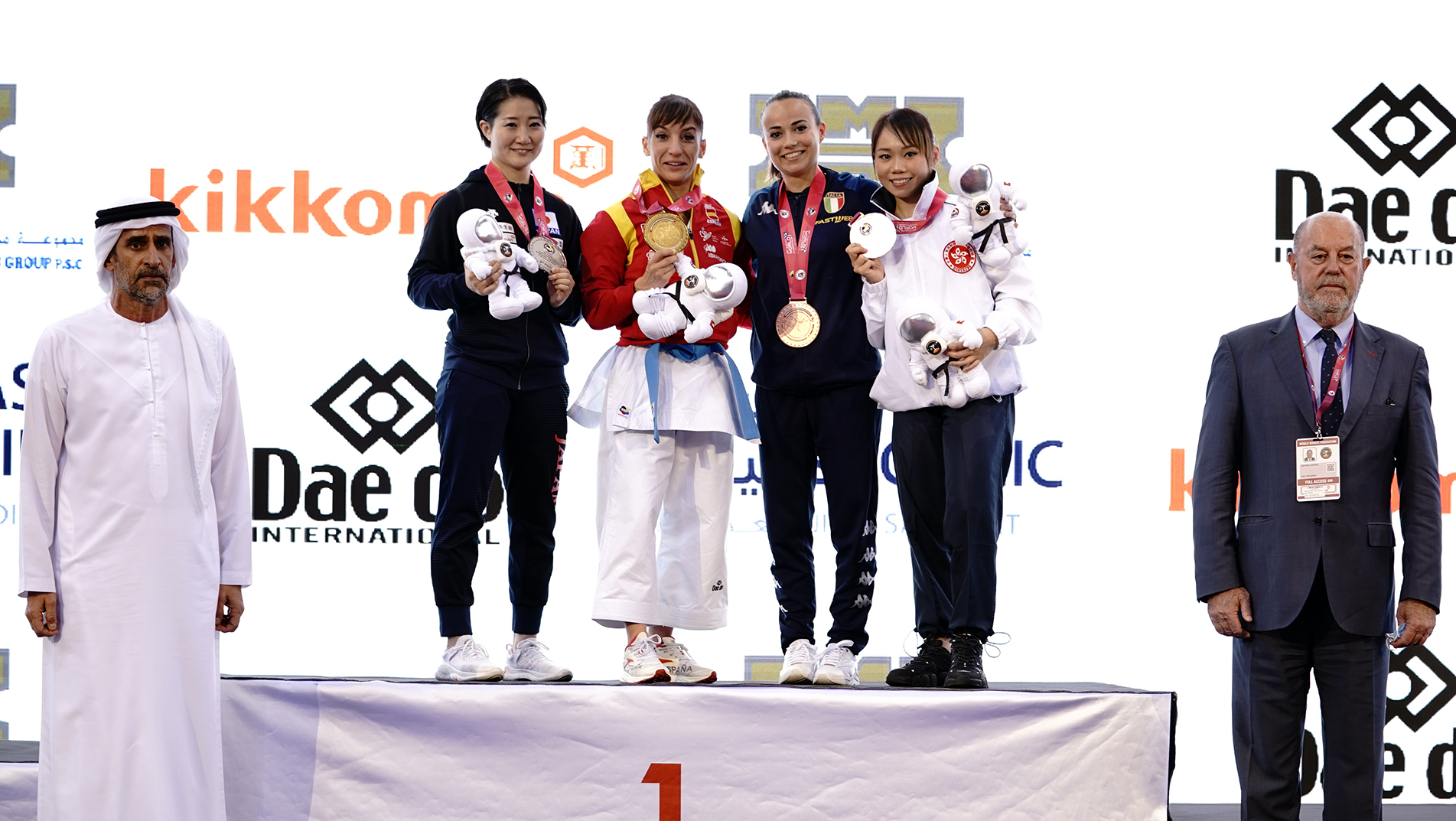