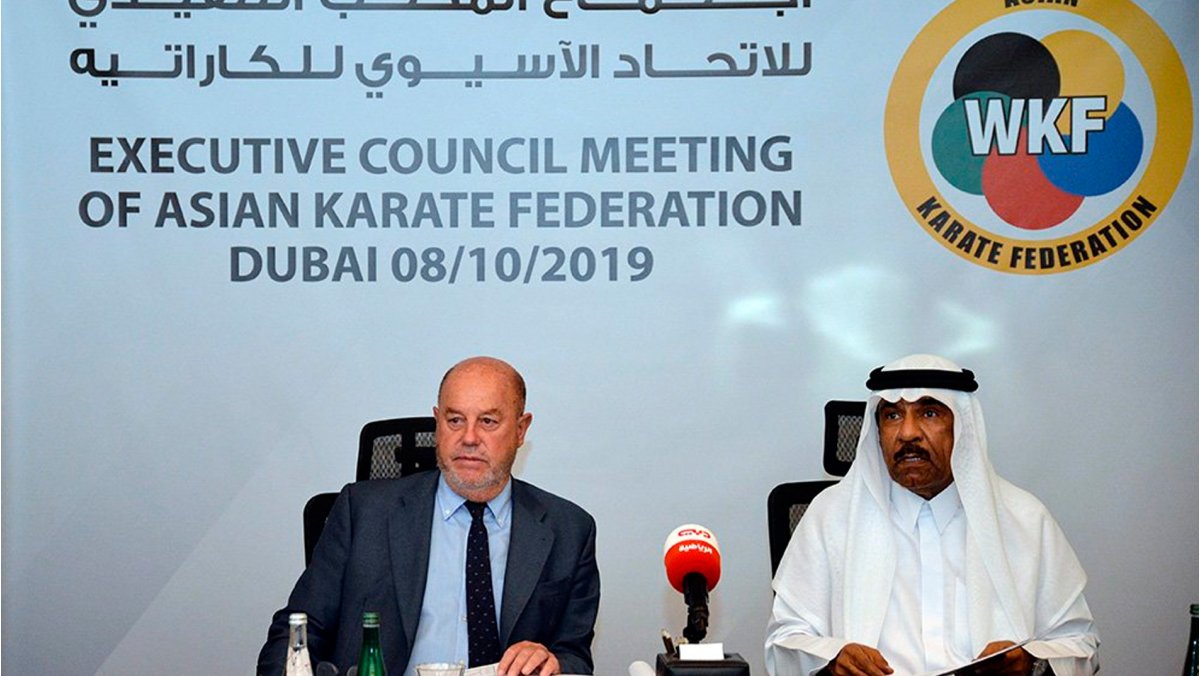 WKF President Antonio Espinós travelled to Dubai (UAE) this week to discuss the progress of the Karate in Asia and to review the upcoming projects of the sport in the region.

WKF President Antonio Espinós travelled to Dubai (UAE) this week to discuss the progress of the Karate in Asia and to review the upcoming projects of the sport in the region.

The head of Karate’s international governing body attended the meeting of the Executive Committee of the Asian Karate Federation (AKF) in Dubai plans for the development of the sport in the continent were outlined.

Directed by AKF President Nasser Alrazooqi, the newly-formed AKF Executive Committee evaluated on-going projects of the organisation in the continent and analysed upcoming major events to be held in the region. As Karate will make its Olympic debut in Tokyo (Japan) next year, the sport continues its progress in Asia the discipline is reaching new heights of popularity.

“We are facing challenging times for our sport; with our Olympic debut less than a year to go, it is very important that we continue working together to further take Karate to new levels of excellence, just as we have done over the past years. The excellent work that the AKF is doing, with President Nasser Alrazooqi in command, is especially remarkable. The AKF is a major force in our sport and I was glad to attest their outstanding progress at the meeting this week,” said WKF President Antonio Espinós.

Previously, the Executive Committee of the AKF visited UAE General Authority for Sport to discuss the upcoming Karate events in the ry including the next Karate 1-Premier League Dubai and the 2020 Senior World Championships also to be held in the UAE Emirate. The representatives of the Asian Karate Federation were welcomed by the Secretary General of the UAE General Authority for Sport Said Abdel Ghaffar Hussein to analyse the development of Karate in the region.