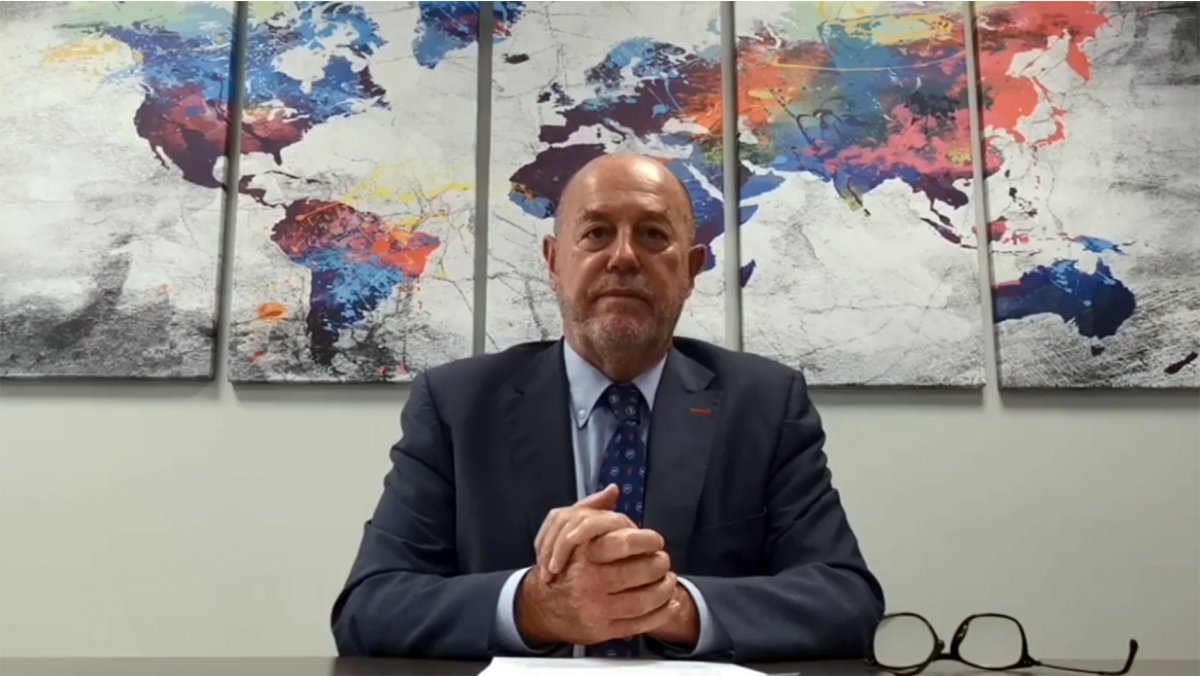 “It’s been a dream for so many years for so many millions of people that finally becomes a reality,” says the Spaniard, who has campaigned tirelessly for his sport’s inclusion in the Games since first being elected head of the WKF in 1998.

After years of knocking on the International Olympic Committee (IOC)’s door, Karate was approved as a medal sport in 2016. At Tokyo 2020, 82 karatekas* will compete in two disciplines – 61 in kumite, 21 in kata – at the Nippon Budokan, which hosted the first edition of the Karate World Championships in 1970.

Espinos says Karate deserves its chance in the Olympic spotlight after the federation’s hard work in the past few decades to overhaul its structures and tick all the IOC’s boxes on universality, fairness, equality and transparency, among others.

“I have to say, proudly, nobody would recognize the World Karate Federation of 30 years ago to the federation today … the progress has been outstanding,” says Espinos, who is barely able to contain his excitement about the 5-7 August Karate competition.

“It’s a great thing. It’s the Olympics. For a sport like Karate it is the catalyst for all the athletes and federations,” he says, speaking of the global boost for Karate that followed its inclusion as one of five new sports for Tokyo 2020. 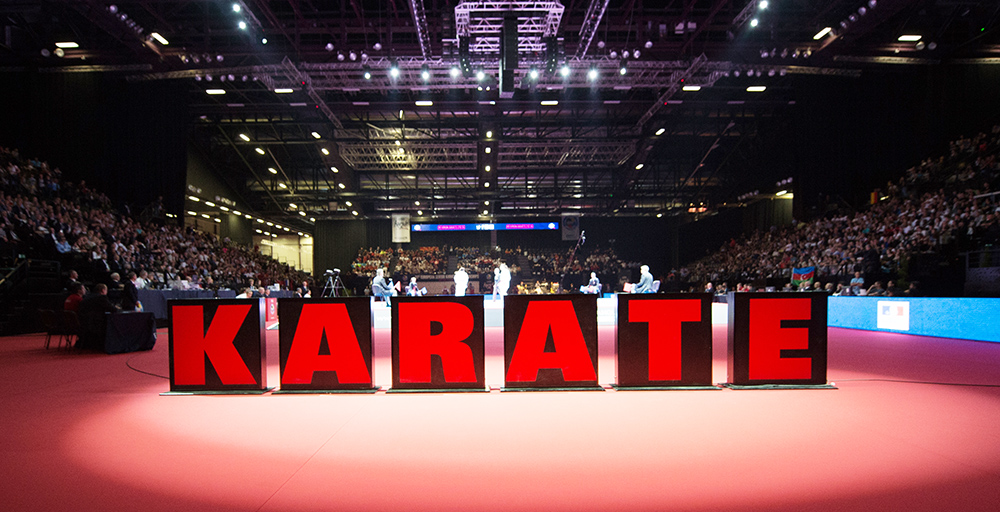 “We have seen a gigantic impact on support at the national level to all our 200 federations around the world from institutions, including more funding in the preparations of the teams.”

“I’m very happy that kumite and kata were selected because this gives us a very complete and full picture of our sport,” he adds, insisting it will grow the sport’s international profile and attract new audiences. “I am sure about that. The Olympics is a huge catalyst for our sport, this is something that will be shown after Tokyo.”

Espinos is adamant that Karate will add significant value to the Olympics and help engage a younger generation of sports fans, always one of the IOC’s key pursuits when revamping the Olympic program.

“Karate today represents a very important part of society in terms of sporting practices. The IOC and Olympic programme should mirror this development. It is something we have been missing.”

According to Espinos, Tokyo 2020 will change people’s perceptions of Karate and those new to the sport will be impressed with what they see.

“We are very confident on this. We are very optimistic. We think that the impact of Karate to the millions of TV spectators who will be watching will meet our expectations,” he says.

What is the WKF’s leader looking forward to most?

“We are not targeting Karate practitioners but the general public,” Espinos explains.

“We hope to be able to show an attractive competition to all these spectators and that after watching Karate at the Olympic Games they will have discovered something they didn’t know.” 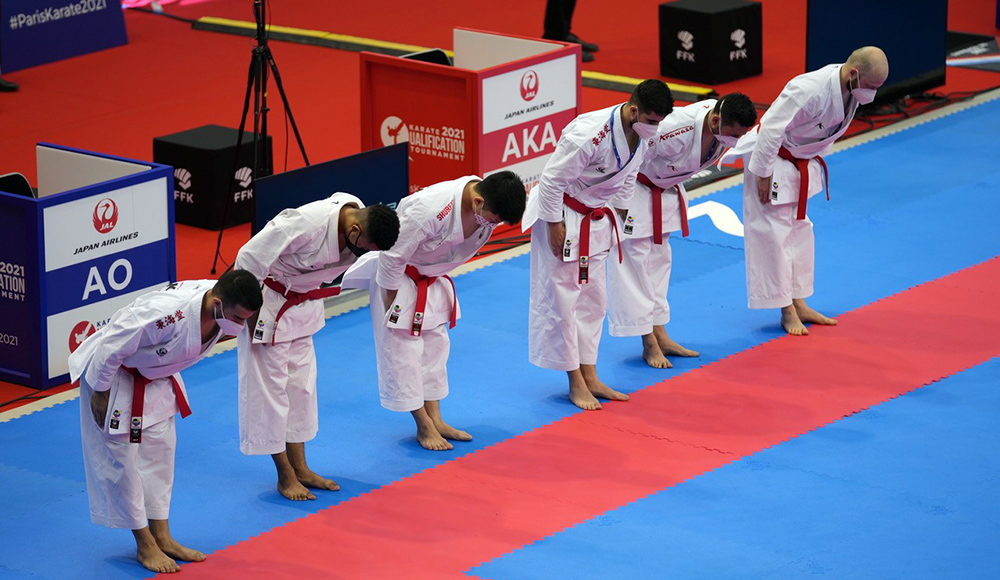 With no international visitors at the Olympics due to COVID-19, the WKF President acknowledges that the pandemic is going to make for a “different Games.”

“It’s a pity that so many thousands of people coming from the whole world and families of the athletes will not be able to see it. And it’s doubly unfortunate as the Nippon Budokan is the ideal venue for Karate. It would have been full of Karate supporters offering huge potential for our sport.”

“It’s the moment we have been dreaming about for so many years. But this is what it is and we accept it and will do our best in Tokyo.”

He cannot praise the Tokyo 2020 organising committee highly enough: “It is really outstanding and a model of organisation, dedication and professionalism.”

Espinos is looking forward to welcoming Japanese Prime Minister (and 3rd-dan black belt) Yoshihide Suga to the competition in Tokyo. “To have Mr Suga watching Olympic Karate at the Nippon Budokan, both as PM and as a kareteka, is something special for us and I hope also for him.

“We are really honoured to have such a big personality as one of our practitioners. It’s something very important for us.”

The World Karate Federation is putting huge efforts into turning Tokyo 2020 into a big success to show the sport is deserving of its Olympic status.

“I think it was a very unfortunate decision to exclude Karate from Paris 2024,” he says. “We are hopeful the situation will be changed. One of the elements we think the IOC should appreciate is the impact of Karate’s participation in Tokyo and the IOC finally sees that we are in condition to add value.” 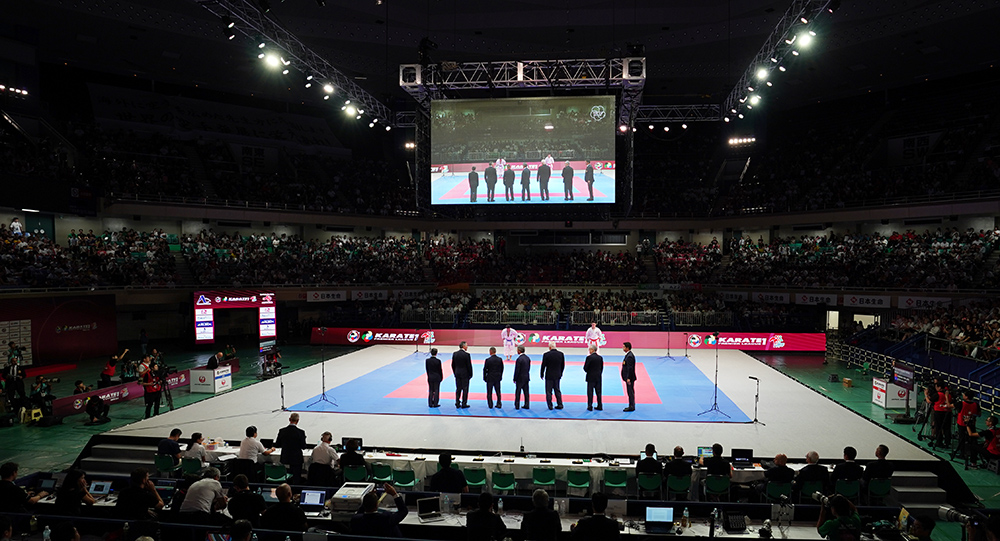 Espinos says the WKF is in great shape to deliver on its promises to the IOC and Tokyo 2020 by staging a thrilling competition.

With a few weeks to go, he is keeping his emotions in check and concentrating on final preparations.

“We feel that what we have to do is stay focused on the Games, to take all the experiences we have been having to try to improve anything that can be improved,” he concludes.

“We have very competent teams working every day for many years for this. We are hopeful that, in the end, all this concentration will bring the best results"