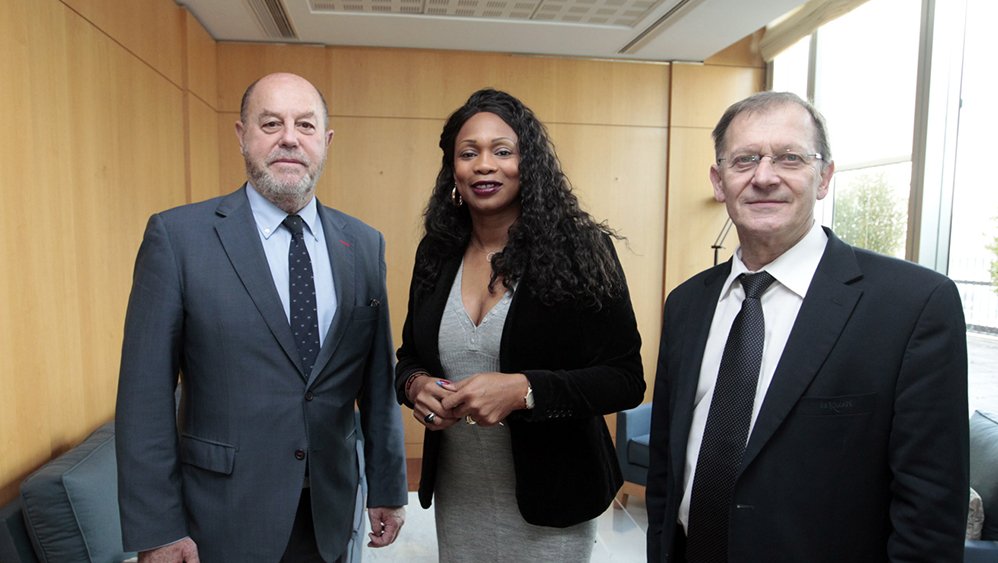 WKF President Antonio Espinós met the French Sports Minister Laura Flessel to discuss the development of Karate in France and around the world.

WKF President Antonio Espinós met the French Sports Minister Laura Flessel to discuss the development of Karate in France and around the world.

The head of the World Karate Federation visited the premises of the French Sports Ministry in Paris together with the French Karate Federation president Francis Didier to analyse the current situation of the ancient modality. Mr. Espinós informed Ms. Flessel on the excellent status of Karate in France and worldwide, and addressed the growing popularity of the sport as Karate is getting ready to make its debut in the Olympic Games Tokyo 2020 and in the Youth Olympic Games Buenos Aires 2018.

Items on the agenda of the courtesy visit included the celebration in Paris of the Olympic Qualification tournament for Tokyo 2020, which is scheduled to be held in the French capital in May 2020. Ms. Flessel was also updated on the major Karate events to take place in France in the near future; in this sense, the WKF representatives invited the French Sports Minister to attend the upcoming Karate 1-Premier League in Paris on January 26-28.

“It was an honour to visit the French Sports Ministry and be given the opportunity to discuss the future of Karate with Ms. Flessel. It was great to speak with someone such as Ms Flessel who as the head of the French Sports Ministry and as France's most decorated female Olympian, shares our passion for the sport. The conversation we had was really encouraging and I am thrilled about the future of the sport in France. It is clear to me that the prospects of Karate in France and around the world are very bright,” said WKF President Antonio Espinós.

France is one of the powerhouses of international Karate with over 257,000 members and nearly 5,000 clubs affiliated, currently taking a leading place in the WKF Ranking.