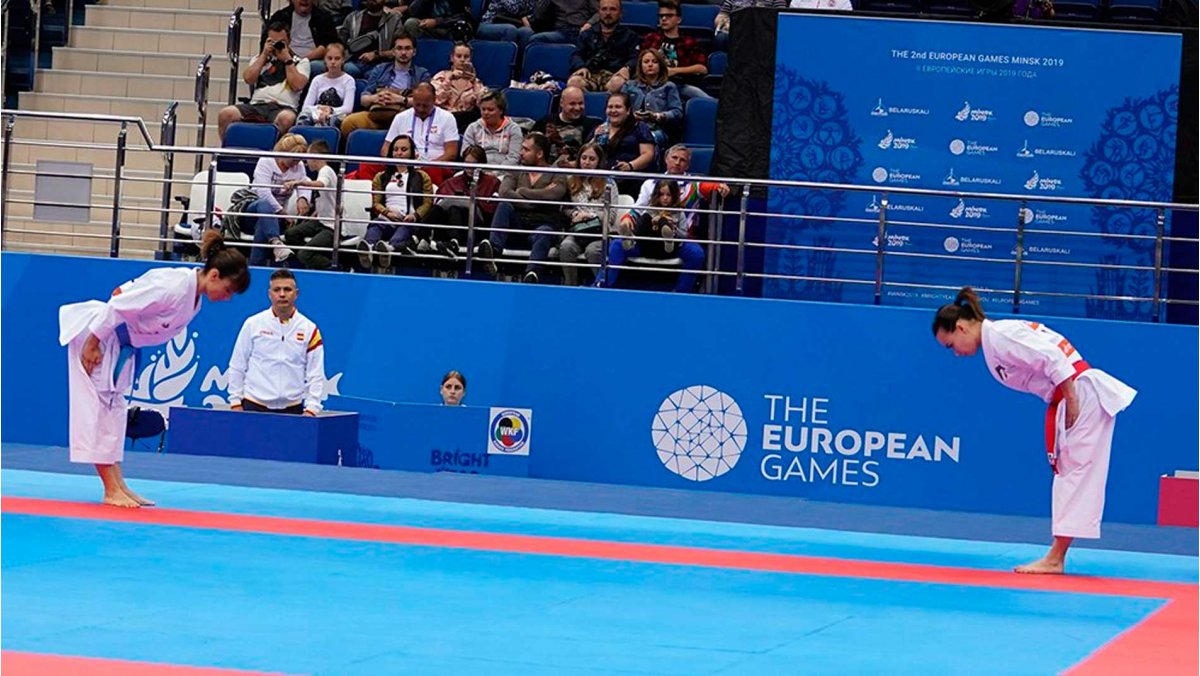 The best European karatekas gathered in Minsk (Belarus) to fight for the crown of the 2019 European Games, the multi-discipline tournament that put Karate again in the spotlight of a major sports event. The competition was regarded as a big hit for the modality, with a thrilling showcase of sporting abilities during the two days of action.

“We have established once again the outstanding added benefits that Karate can bring to multi-sports events. Our sport has demonstrated its great appeal at the 2019 European Games, and it is clear that our honour, our values and our sporting spirit have contributed greatly to the success of the European Games,” said WKF and EKF President Antonio Espinós.

Karate celebrated in Minsk its second appearance at the European Games. After the excellent presentation in Baku in 2015, the sport took the stage of the continental event with two days of competition and 96 athletes from 37 ries fighting for the 48 medals at stake. No less than 23 nations went home with awards. As it happens in every Karate tournament, the equality between men and women was maintained with the same number of competitors and the same number of events for both genders.

“The Karate competition at the European Games was, simply put, spectacular. So much so, that fans attending the event on-site or watching the tournament on TV could enjoy no less than 42 ‘Ippon’ throughout the two days,” said Mr Espinós referring to the highest score and most difficult action in Kumite.

“The level of the Kata competition was also remarkable. Out of the 16 karatekas participating in the Kata event in Minsk, up to nine of them are in the top 20 in WKF World ranking thus ensuring the exceptional level of the bouts,” added the head of Karate’s international governing body who stated that ten of the twelve current European champions, eight WKF World ranking leaders, and eight current World champions attended the event in all the categories. 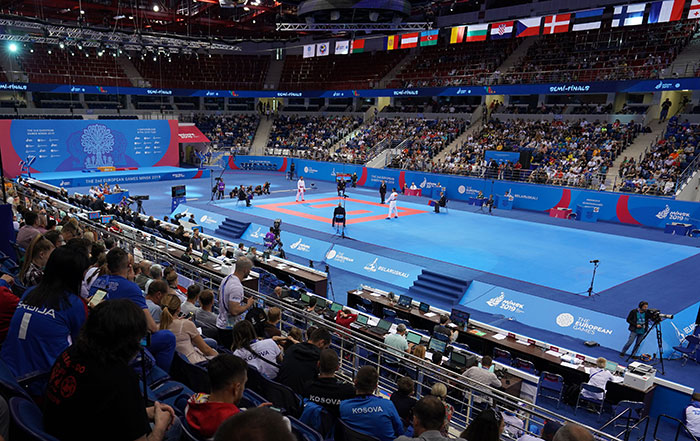 “I think that we have demonstrated that the EKF is truly committed to the European Games. The best European athletes were there, the competition on the tatamis was truly thrilling and the event was a success in terms of organisation,” pointed out Mr Espinós.

“I would like to thank the organising committee of the Games and MECOG CEO George Katulin for presenting the best conditions and for ensuring that Chizhovka Arena sports hall looked as fantastic as it did,” added WKF and EKF President.

ON THE WAY TO OLYMPIC GAMES

Just as it happened with the Youth Olympic Games last year in Buenos Aires, the 2019 European Games represented another steppingstone in the quest of the sport to make its debut at the Olympic Games Tokyo 2020.

“Obviously, there is still room for improvement. We must not be complacent; we must continue working as hard as we have done so far to make sure that we make the best of our Olympic experience in Tokyo. For this, we will continue implementing the d adjustments to further highlight our essence and our singularity. We are going in the right direction,” said Mr Espinós. 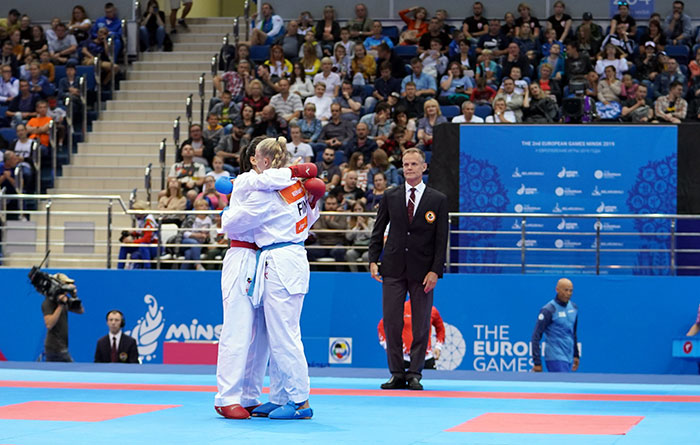 With crowds sharing all the excitement from the tatamis and cheering every action at Chizhovka Arena sports hall, together with the positive feedback received from media and broadcasters alike, as well as the increasing reach in social media with over one million interactions on WKF channels only, Karate officials hail the event as a sound success.

“All the great work and all the accomplishments in Minsk gives us new strength to continue fighting against the unpredicted challenges that we are currently facing. With success like the one we had in Minsk, we have demonstrated that Karate deserves to be in all major multi-sport events,” declared WKF and EKF President.

Karate is d in the sports programme of all five continental games. This year the Karate competition at the Pan American Games is scheduled for August 9-11 while the Karate tournament at the African Games will take place from August 25-27.