WKF President Antonio Espinós: We have the vocation to be Olympic sport 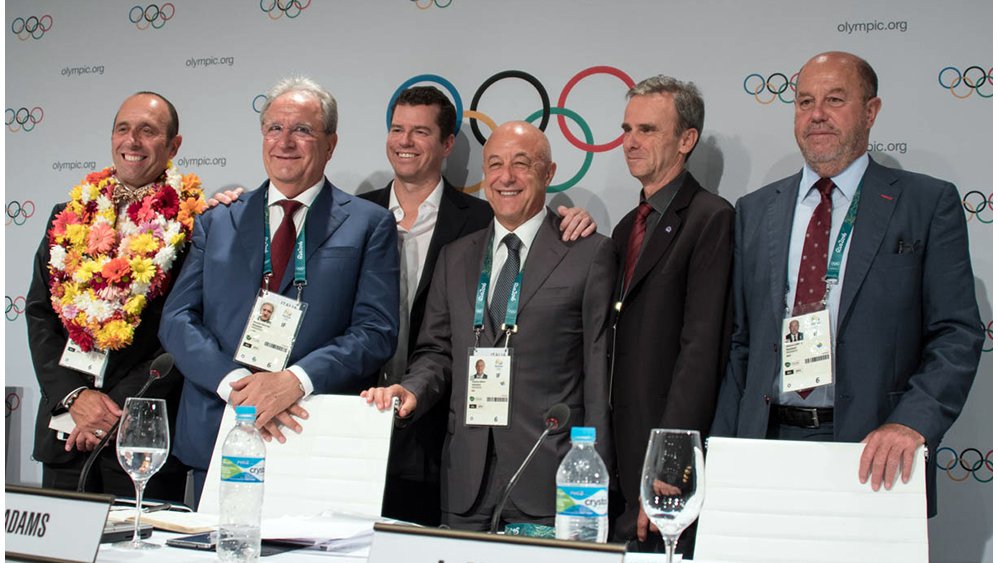 WKF President Antonio Espinós expressed delight and joy of millions of Karatekas around the world after the decision of the IOC Session to include Karate in the programme of Tokyo 2020 Olympic Games. In the media briefing after the verdict, the head of the World Karate Federation defined the inclusion of Karate in the Olympic programme as “a thrilling day for our sport”.

WKF President Antonio Espinós expressed the joy of millions of Karatekas around the world after the decision of the IOC Session to include Karate in the programme of Tokyo 2020 Olympic Games. .

“Who could have believed that when we had our first World Championships in 1970 in Nippon Budokan, that 50 years later we would come back to Nippon Budokan for Olympic Games,” declared WKF President Antonio Espinós in the media briefing after the decision.

“We would like to thank the organising committee of the Tokyo 2020 Olympic Games because without them it would have been impossible for us to be here. And many thanks to IOC President Thomas Bach because we are only here for his Olympic Agenda. We will work as much as we can since we have the vocation to be Olympic sport,” added the head of the World Karate Federation.

“We are convinced that we will give added value to the Olympic Games,” Mr. Espinós said.

The official Media briefing after the day of the IOC Session gathered IOC Spokesman Mark Adams; IOC Sports Director Kit McConnell and the five presidents of the new sports for the Tokyo 2020 Olympic Games.

“The five presidents present here not only represent their international federations and their sport but millions of athletes. These athletes can now strive to become Olympic athletes. Millions of athletes are already thinking of what it means to them to participate in Olympic Games,” declared IOC Sport Director Kit McConnell.

The 129th Session of the International Olympic Committee being held in Rio de Janeiro unanimously resolved to add Karate as new sport to the big sport event to be held in four years in the Japanese capital. The decision represents a historic moment for Karate, and the culmination of years of hard work by the WKF.

Thousands of Karate fans around the world have taken Social Media to express their glee for the momentous event in Rio de Janeiro.