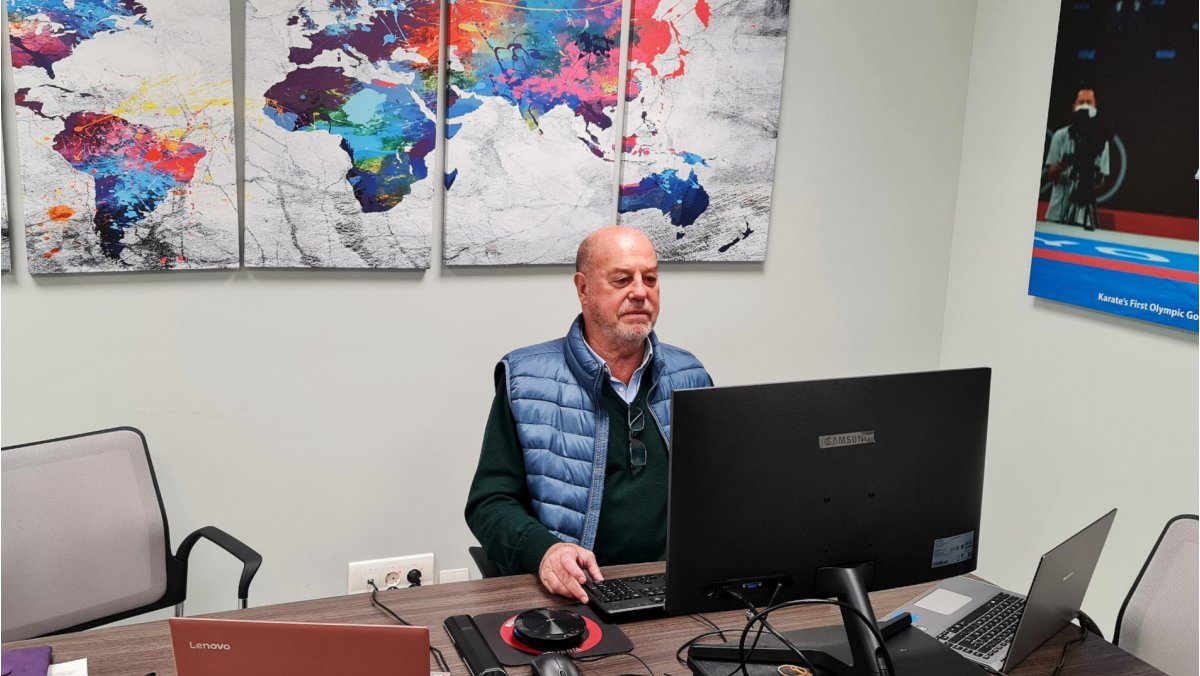 The World Karate Federation hosted an online webinar to share the new competition rules with the WKF's refereeing body.

Presented in two sessions to best fit different time zones, the webinar is headed by the WKF Referee Commission chairman Javier Escalante and had WKF President Antonio Espinós in attendance.

Over 600 referees and representatives of the judging bodies of National Federations are participating in the two sessions of the webinar. The activity aimed at showcasing and analysing the new competition rules to be effective in all the WKF international events starting January 2023.

Among the new rules to be implemented next year, the transition of two lines of penalties to one single line of sanctions in Kumite, as well as the application of an electronic scoring system by joysticks in Kumite to replace the current flag system were highlighted at the webinar.

The modification of the number of judges to be considered for the Kata scores, from 5 of 7 instead of 3 of 7, the use of karate gis with red and blue embroidery on the shoulders in all the WKF events, and the introduction of the WKF approved helmet in U14 categories are also among the new rules to be detailed at the webinars.

“The WKF is continuously improving its structures to maintain the status of Karate as one of the most innovative disciplines in the world.

“I am sure that these webinars will help the karate community to get familiar with the updates in the competition rules. We are convinced that these modifications will contribute to taking Karate to new heights in terms of consistency, equanimity, and sporting spirit.

“I want to thank WKF Referee Commission chairman Javier Escalante for his invaluable contribution and his outstanding support to the success of these initiatives. His relentless commitment and cooperation are crucial to the progress of our sport.”