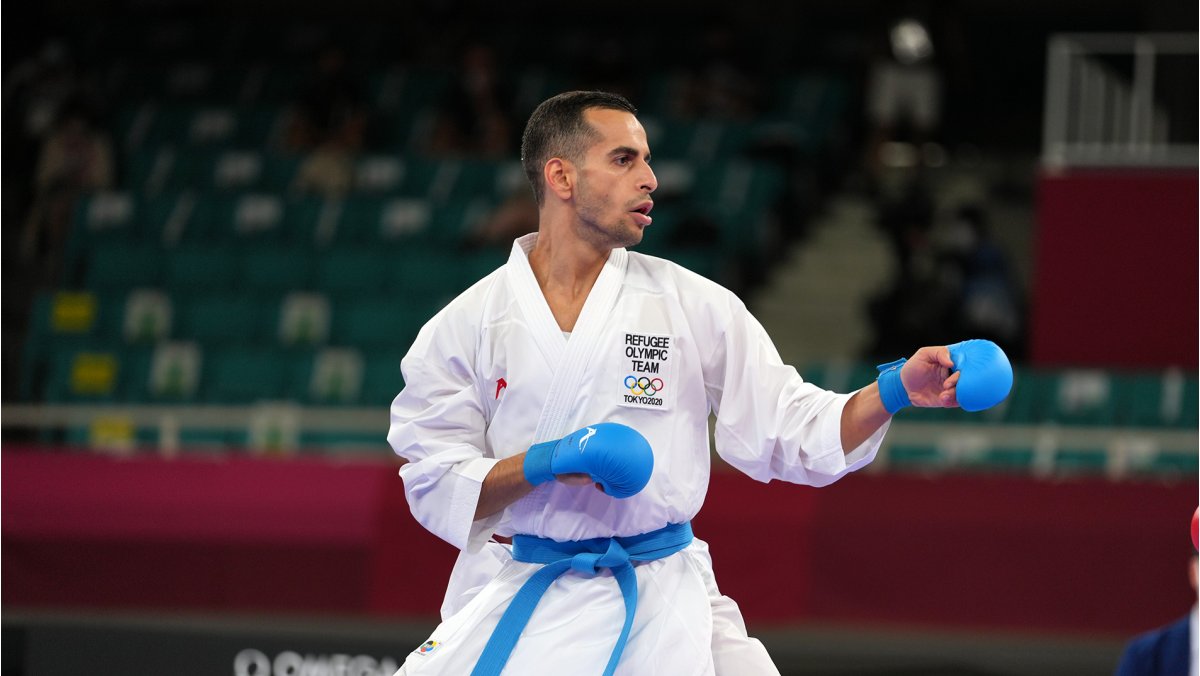 The World Karate Federation has announced that Refugee athletes will be allowed to participate in Karate 1 events.

Following the decision of the WKF Executive Committee, Refugee athletes can now register to participate at Karate 1-Premier League and Karate 1-Series A events. The Refugee athletes will compete under the WKF flag and under the same conditions as their participation at the World Championships.

The last edition of Karate’s biggest event last year in Dubai had Hammon Derafshipour and Amir Khani as members of the Refugee Team.

Additionally, the Karate competition at the Olympic Games in Tokyo was highlighted by the participation of two refugees, being Karate one of the disciplines with greater representation of Refugee athletes at the Games. Hamoon Derafshipour and Wael Shueb were the karatekas who competed as members of the Olympic refugee team in Tokyo.

REFUGEES TO PARTICIPATE IN EKF CHAMPIONSHIPS