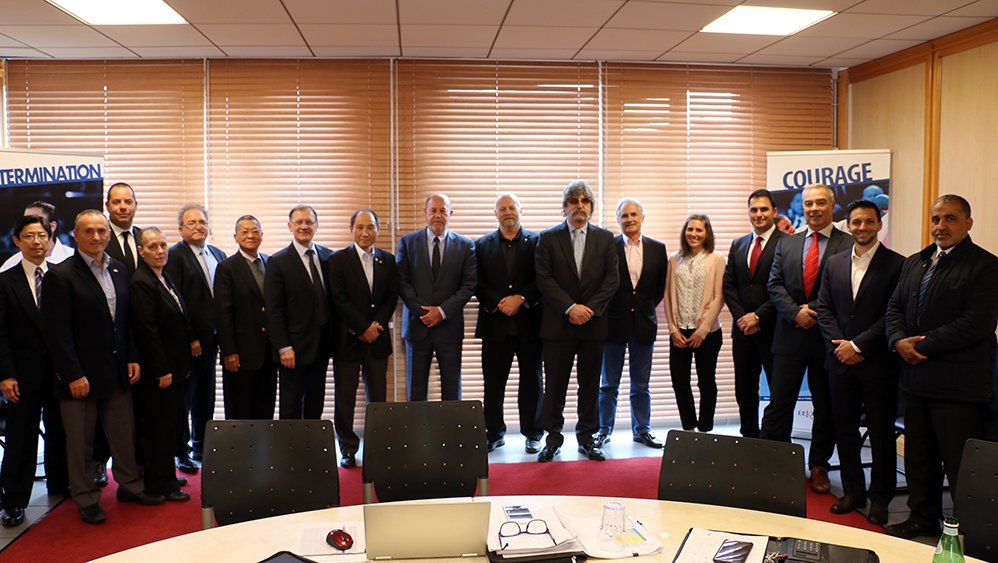 World Karate Federation stakeholders were gathered in Paris this past week to discuss crucial issues concerning Karate’s path to its Olympic debut and to set the roadmap of the sport for its momentous challenges ahead.

World Karate Federation stakeholders were gathered in Paris this past week to discuss crucial issues concerning Karate’s path to its Olympic debut and to set the roadmap of the sport for its momentous challenges ahead.

The strategic meetings were hosted at the French Karate Federation headquarters in Paris and welcomed members of the Executive Bureau, the WKF Olympic Planning Commission, the WKF Rules Commission and the presidents of all Continental Federations. The gatherings were chaired by WKF President Antonio Espinós

In terms of the Tokyo 2020 Olympic Games, TOCOG Karate sport manager Toshie Murata briefed participants on progress reports on the event, as a preliminary distribution plan for Nippon Budokan was presented. Also, it was informed that the Karate test event for Tokyo 2020 is planned to be held during the summer of 2019.

At the two-day meetings many relevant issues concerning the in-house structure of the organisation were examined as part of the WKF’s commitment to ushering in a new era for Karate through impactful reforms.

It was also confirmed that an extraordinary WKF Congress will be held in Tenerife (Spain) on October 24th coinciding with the celebration in the Spanish city of the 2017 World, Cadet, Junior & U21 Championships.

“The meetings in Paris represent a significant step forward in our intention to further develop our structures. We are committed to being prepared for the many opportunities ahead of us, and the fruitful discussions in Paris helped us maximise the promotion, growth and expansion of Karate around the world. With the cooperation and hard work of all the parties involved that we saw during the meetings we can continue optimising our progress and setting Karate in a successful direction,” said WKF President Antonio Espinós.