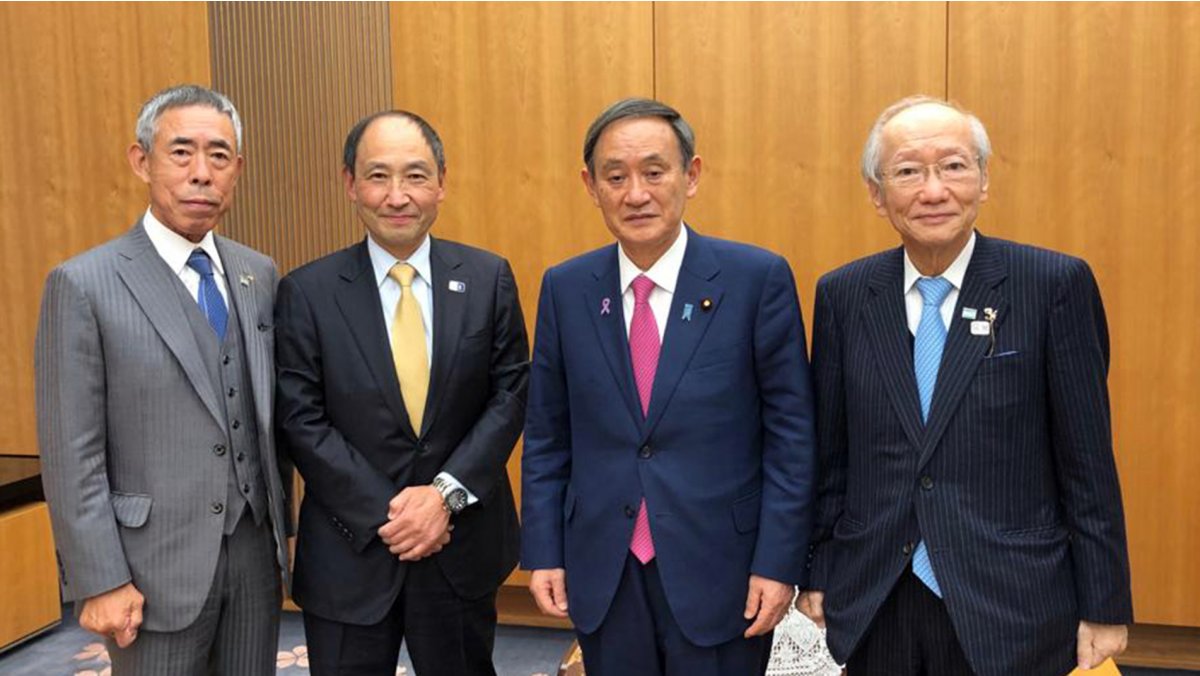 The Prime Minister of Japan Yoshihide Suga welcomed WKF General Secretary Toshihisa Nagura in his offices on Friday to review the situation of the sport and to discuss WKF’s plans for the future.

The Prime Minister of Japan Yoshihide Suga welcomed WKF General Secretary Toshihisa Nagura in his offices on Friday to review the situation of the sport around the world and to discuss WKF’s plans for the future.

WKF General Secretary led a Karate delegation that also had Japan Karatedo Federation Executive Directors Iwaki Hashimoto and Akio Kondo as attendees. The meeting had updates on WKF’s latest activities on top of the agenda.

Mr Suga was briefed on the many initiatives of the WKF to further expand the discipline worldwide as Karate is getting ready to make its Olympic debut at the Olympic Games Tokyo 2020 next year.

Additionally, Mr Nagura expressed the appreciation of the Karate world to Mr Suga for his video message to the WKF on the occasion of the 50th anniversary of the foundation of Karate’s international organisation.

The two leaders also addressed a number of topics around the sport, as Japan’s Prime Minister is a Karate black belt and an enthusiast of the discipline.

“The Karate world is honoured to have a true karateka such as Mr Suga leading the birth nation of our sport. On behalf of the WKF and all the Karate family, I sincerely thank Mr Suga for taking the time to welcome the Karate delegation today. This meeting headed by our General Secretary Mr Toshihisa Nagura does not only show Mr Suga’s kindness and consideration; it also demonstrates that he is a great friend of the sport,” said WKF President Antonio Espinós.

“I was very pleased to meet with Prime Minister Yoshihide Suga today; after our conversation, I am absolutely convinced that Mr Suga understands and supports the values of Karate and the importance of our sport in society. Both of us have been practitioners of the sport for over 50 years, and we have seen the great effects of the practice of Karate in our lives. It was extremely encouraging to attest that with Mr Suga’s contribution, we can further spread the legacy of Karate as a traditional martial art originated in Japan,” said WKF General Secretary Toshihisa Nagura. 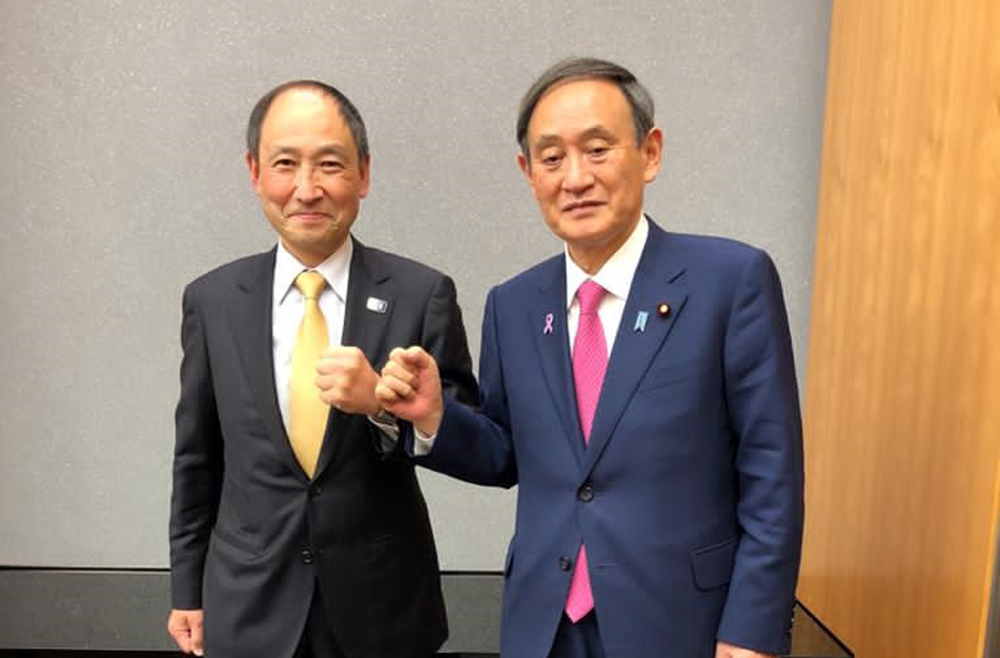