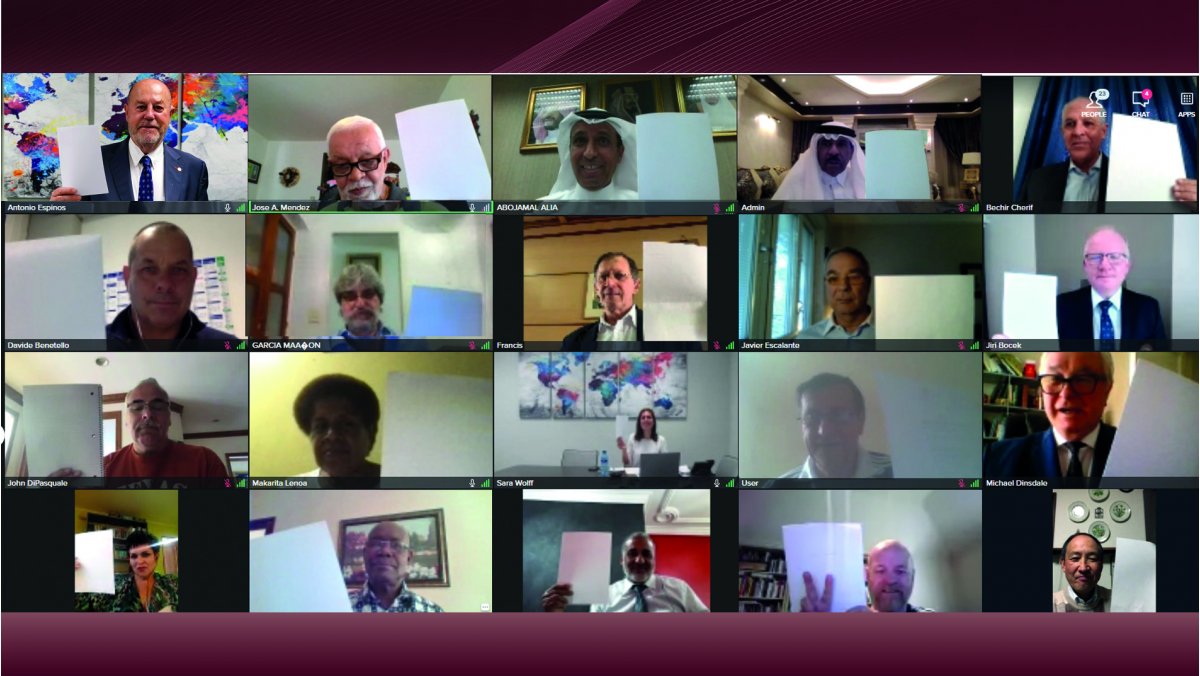 The Executive Committee of the World Karate Federation joined the WhiteCard campaign.

The Executive Committee of the World Karate Federation demonstrated Karate’s commitment to the celebrations of the International Day of Sport for Development and Peace (IDSDP) and actively joined the #WhiteCard campaign.

The members of Karate’s decision-making body raised their White Cards as a symbol of the positive power of sport for peace and social inclusion. The action was held Wednesday during the virtual meeting of the WKF Executive Committee. WKF President Antonio Espinós headed the demonstration that completes Karate’s many activities around April 6.

“Once again we are holding the #WhiteCard as a symbol of unity and global cooperation. The Karate community has proven their engagement with social issues by massively joining the April6 campaign. Our Karate Values and their strong links with the ideals behind the #WhiteCard movement are again displayed. We are pleased to play a relevant role in the celebrations of the International Day of Sport for Development and Peace, and we are delighted to have the organisation ‘Peace & Sport’ as our main partner in social issues,” said WKF President Antonio Espinós.