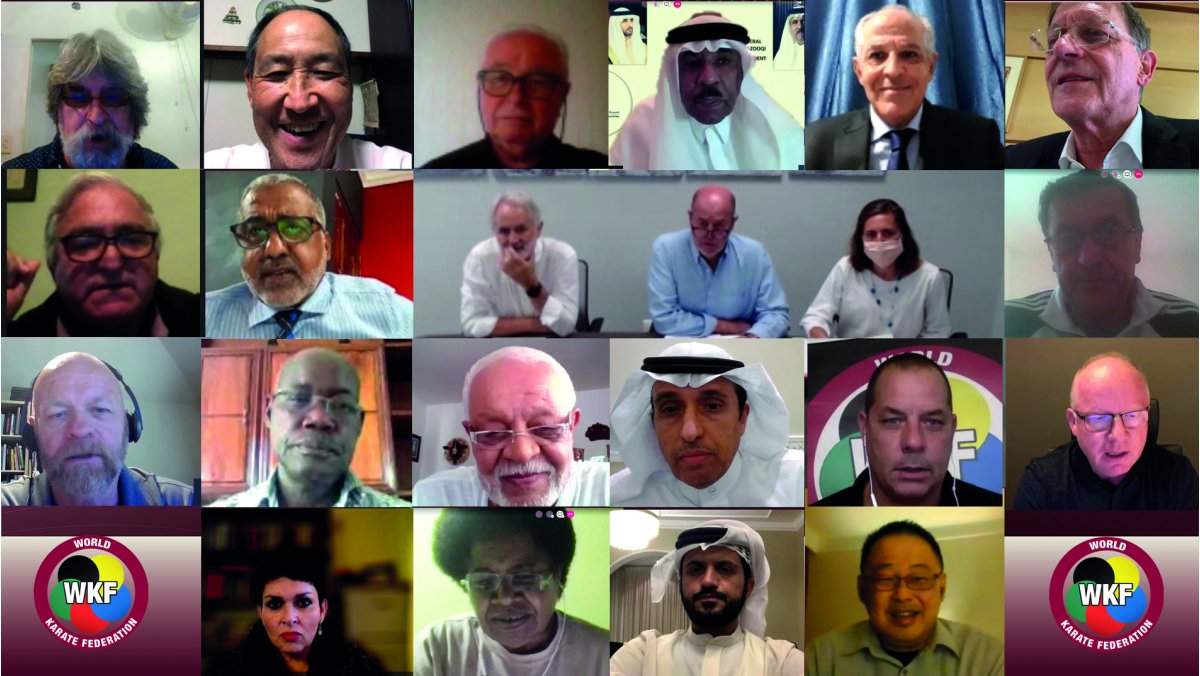 The Executive Committee of the World Karate Federation today met via video conference to analyse the current situation of the sport and to review the outcome of Karate’s Olympic debut at the Games Tokyo 2020.

The meeting with the members of Karate’s governing body joining remotely was headed by WKF President Antonio Espinós, who emphasized the excellent situation of the sport after its highly positive first Olympic appearance.

“Karate’s debut at the Games has been an outstanding success. Throughout our competition in Tokyo, we were able to show the whole world all our values and the excellence of Karate. Over the course of our presentation in Tokyo, we clearly stated that Karate deserves to remain in the Olympic programme and that Karate brings singularity, unique sporting spirit and great added value to the Olympic movement. All of us who were in Tokyo during the Games can feel proud of the image that our sport gave during the Olympics,” said WKF President.

The success of Karate on social media and the highly positive sentiment of the sport among greater audiences during the Games was highlighted.

Additionally, new development projects were presented with the strategic plan for the next years and the steps to achieve a notable modernisation of the sport also being analysed. The competition calendar for the next seasons was reviewed. Among the highly anticipated upcoming events, a progress report of the next World Championships in Dubai was also unveiled.

Mr Espinós took time to give a heartfelt tribute to the memory of the late WKF Executive Committee member and former President of the Turkish Karate Federation Esat Delihasan who passed away in April, and who left a “tremendous void” in all of us and in our sport, WKF President stated.

“We have shown the world all our greatness and all that we are capable of. Now, it is the time not to be complacent but to continue the sensational progress that we have experienced over the last years. We need to continue working just as we have been doing lately, and I am sure that if we keep on working together to reach our goals, Karate will continue achieving more and more success,” added the head of Karate’s international governing body.