WKF Congress looking ahead to future 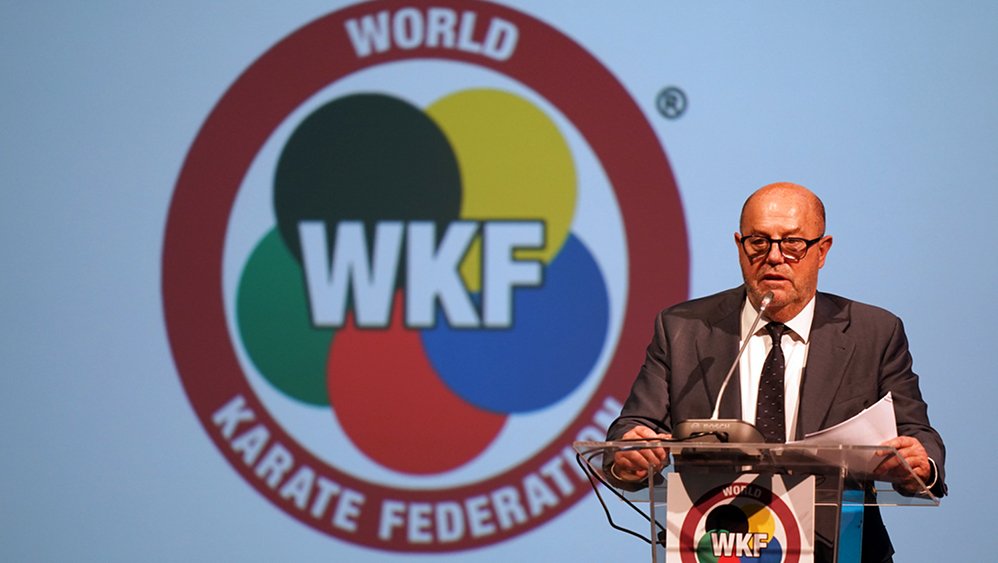 The World Karate Federation celebrated its Congress today in Madrid. On the eve of the 2018 Karate World Championships starting tomorrow here, the general assembly of the organisation gathered in the capital of Spain to take crucial decisions to the future of the sport.

The World Karate Federation celebrated its Congress today in Madrid. On the eve of the 2018 Karate World Championships starting tomorrow here, the general assembly of the organisation gathered in the capital of Spain to take crucial decisions to the future of the sport.

Among the decisions that were adopted by the plenary session of the sport, the WKF Congress decided to confirm the disaffiliation of the Polish Karate Federation and the Philippines Karate Federation, and to finalise the affiliation of Nauru and the Polish Karate Union. The general assembly also approved the state of accounts of the WKF; progress reports on the upcoming 2020 Senior World Championships in Dubai were presented.

“AN HONOUR FOR KARATE AND FOR WORLD KARATE FEDERATION”

The Congress started with the heartfelt condolences of the Karate family to the late WKF Assistant Treasurer Arch Brown who sadly passed away this year. On the other hand, the WKF Congress celebrated the concession to WKF President Antonio Espinós of the Order of the Rising Sun, Gold and Silver Star by the Japanese Government.

“This is an honour for Karate and for the World Karate Federation. If I could give a small piece to each one of you, I would because this award is as yours and as it is mine. It is not you to thank me for this honour; I am the one thanking you for making possible to be awarded this decoration” declared Mr Espinós.

In his report, the head of the World Karate Federation evaluated the progress of the sport and the landmark moments that were achieved over the last months, including the debut of the discipline in the Youth Olympic Games in Buenos Aires, the success of the events organised by the WKF and the preparations ahead of the anticipated introduction of the sport in the Olympic Games of Tokyo 2020.

“Today, we are in the best possible conditions to make our Olympic debut in Tokyo 2020,” said the WKF President. “We have concluded the first participation in the Youth Olympic Games with great success. We showed the universality and sporting spirit of Karate; our first Olympic medallists are a milestone for our sport and they are already part of our history,” added Mr Espinós, who stressed the hard work of the organisation to be made towards the inclusion in the sports programme of the Youth Olympic Games for the 2022 edition in Dakar.

The head of the WKF also took time in his report to highlight the efforts that the organisation has started doing to achieve the dream of being in the programme of the Olympic Games Paris 2024.

“The WKF has a bright future and all of you should be proud to be part of this organisation. Thank you for the hard work that you are doing to ensure that we continue achieving great success,” concluded Mr Espinós addressing the plenary session.