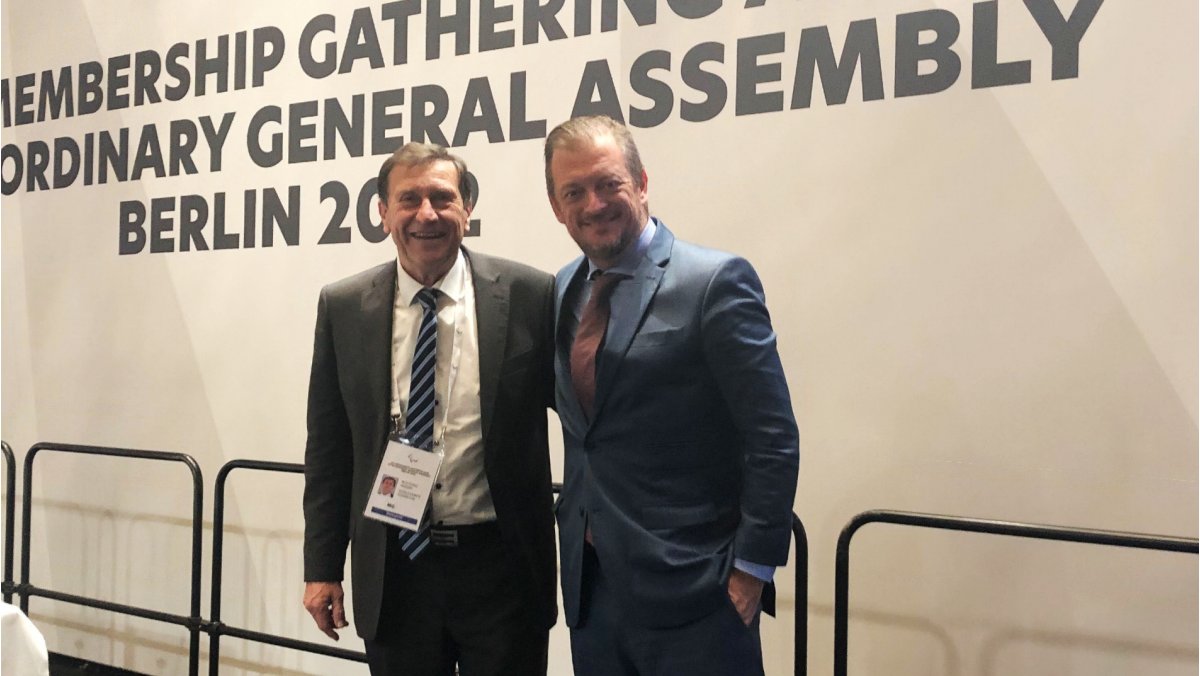 Held in Berlin (Germany), the event gathered 125 of IPC’s Member organisations including the World Karate Federation. The IPC Strategic Plan 2023-26, Governance issues, Membership Programmes, and the classification code review were on top of the agenda.

Moreover, the meeting also reviewed the sports programme of the Olympic Games Los Angeles 2028 with Para-Karate hoping to be added to the list of disciplines.

“The development of Para-Karate is at the core of the WKF’s strategic plan, and we are proud to be a member of the IPC. We are convinced that we can bring great added value to the Paralympic movement, and we believe that Para-Karate would be a invaluable addition to the sports programme of the Paralympic Games.

“I want to thank Mr Weigert for his hard work and outstanding contribution to the progress of Para-Karate.”