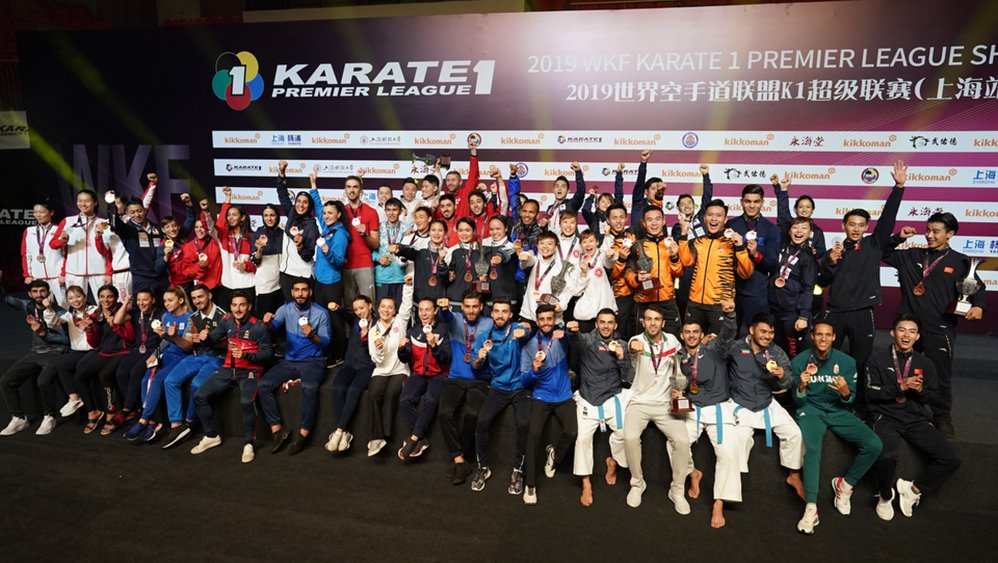 Introducing the three karate fans who won the special t-shirts of #Karate1Shanghai. These three “coaches” topped the ranking of all the Karate fans who are enjoying all the fun of KARATE WINNERS GAME.

Introducing the three karate fans who won the special t-shirts of #Karate1Shanghai. These three “coaches” topped the ranking of WKF's official game KARATE WINNERS GAME after the Karate 1-Premier League Shanghai and will receive the special prize for being the best!

The top three “coaches” of the Karate 1-Premier League Shanghai are Verborik from Belarus, KK from Portugal and Tiagoduarte from Portugal. “Verborik” finished with 800 points, while “KK” took 775 points and “Tiagoduarte” claimed 750 points. The three Karate fans will receive the special t-shirt of #Karate1Shanghai. 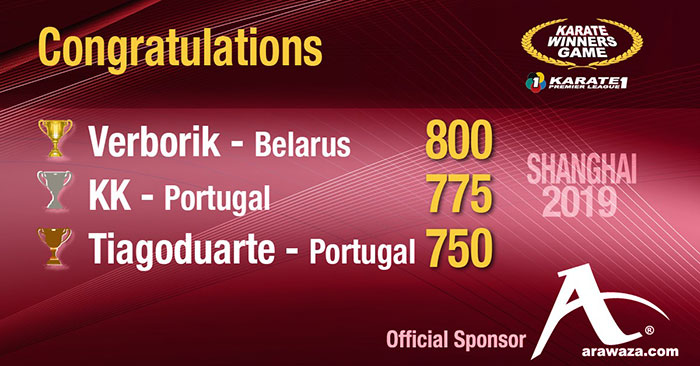 WHO IS LEADING KARATE WINNERS GAME?

After four events, KARATE WINNERS GAME is as thrilling as ever. Only 200 points separate the top ten competitors. This means that the quest to dominate the game is hotly contested.

The coaches “Mate” from Slovenia and “Ahmed” from Austria are tied in the top position of the ranking with 2725 points each. At only 25 points, "PeJlbeOlO" from Russia takes the third place while "Gil" from Luxembourg and "IDEkarateka85" from France complete the top five positions.

The top competitors at the end of the seven events of Karate 1-Premier League will receive wonderful prizes by the main sponsor of the game, Arawaza.

Karate fans who are not yet registered to participate can still enjoy the fun: they still can have the chance to win the final prizes. Players will receive double points in the last three events of the Karate 1-Premier League. It means that newly-registered participants can still win the game!