Who is leading quest to Grand Winners awards? 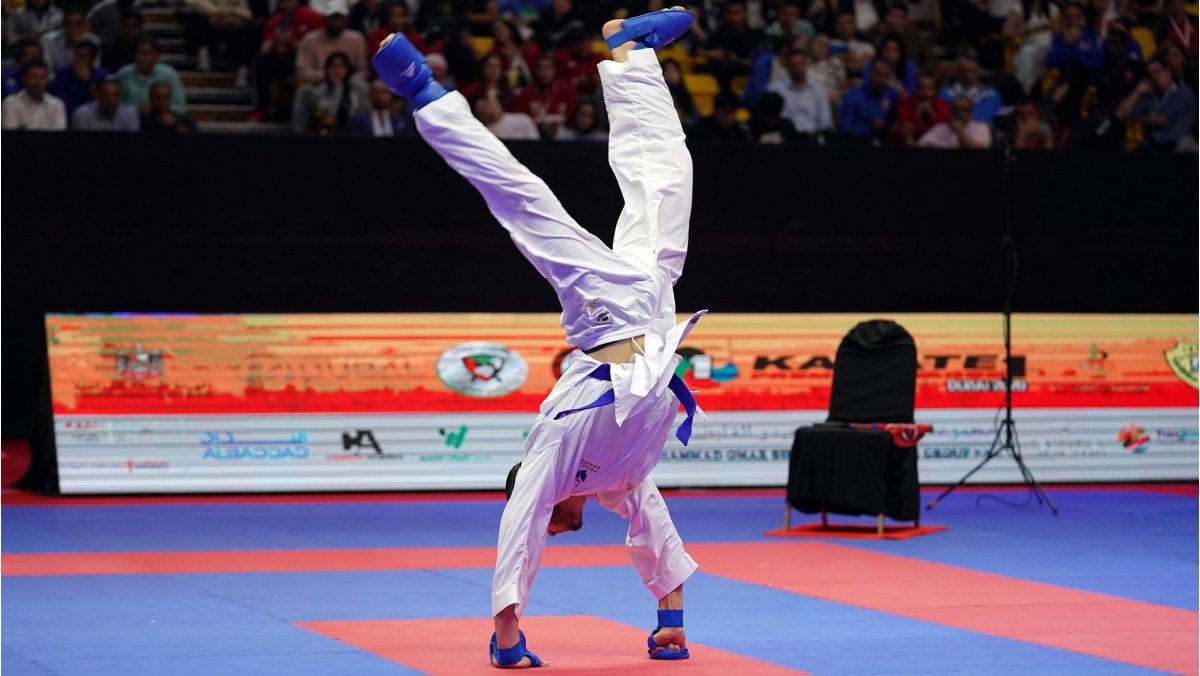 Following the successful tournaments in Paris (France) and Dubai (UAE), top karatekas are leading the race to become the new Grand Winners.

Spain’s Sandra Sanchez is the strong leader of Female Kata. The current World champion has prevailed in both Karate 1-Premier League events and takes clear advantage of 660 points over second-placed and silver medallist in Dubai Sakura Kokumai of the USA. Sanchez is the defending Grand Winner and has taken the right to wear the karategi with the golden embroidery on the shoulders in three out of the four last editions of Karate 1-Premier League. 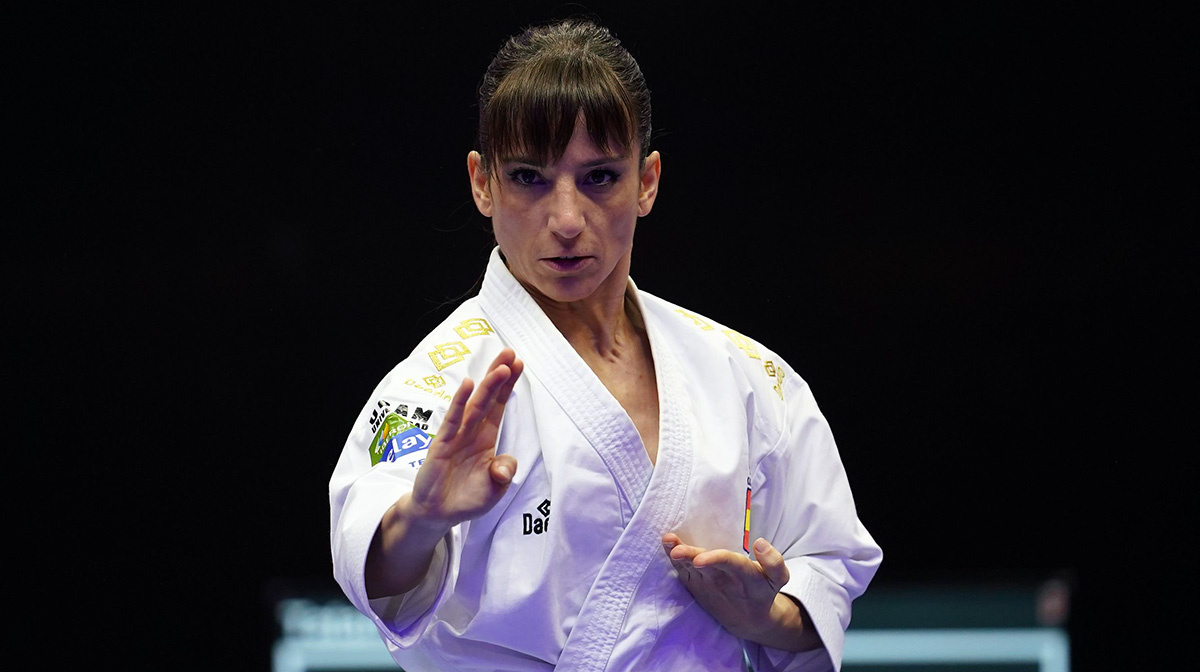 One of the most dominating athletes of the international scene, Turkey’s Serap Ozcelik Arapoglu controls the standings in Female Kumite -50kg. The Turkish star has claimed gold in both Karate 1-Premier League events this year, following convincing victories over Japan’s Miho Miyahara in Paris and Spain’s Nadia Gomez Morales. Serap Ozcelik Arapoglu leads the category with an impressive advantage of 1,080 points over Iran’s Sara Bahmanyar.

The most spectacular performances of the season thus far have Steven Dacosta’s signature. The French star has won the titles in Paris and Dubai with a festival of kicking techniques, defeating Luca Maresca of Italy by a whooping 12-3 in Paris and upsetting Vinicius Figueira of Brazil by 6-0 in Dubai. Silver medallist in Dubai Vinicius Figueira of Brazil takes the second place at the standings with 780 points.

DEFENDING GRAND WINNERS ON THE LEAD

In addition to Sandra Sanchez and Serap Ozcelik Arapoglu, a host of defending Grand Winners are showcasing their domination of the categories by leading the standings of Karate 1-Premier League in this early stage of the season. Anzhelika Terliuga of Ukraine is taking the golden karategi to the top of the standings as the Grand Winner in Female Kumite -55kg heads the standings after two events. Terliuga has claimed silver in Paris and gold in Dubai thus taking a strong 720? point-lead over second-placed Anna Chernysheva of Russia. 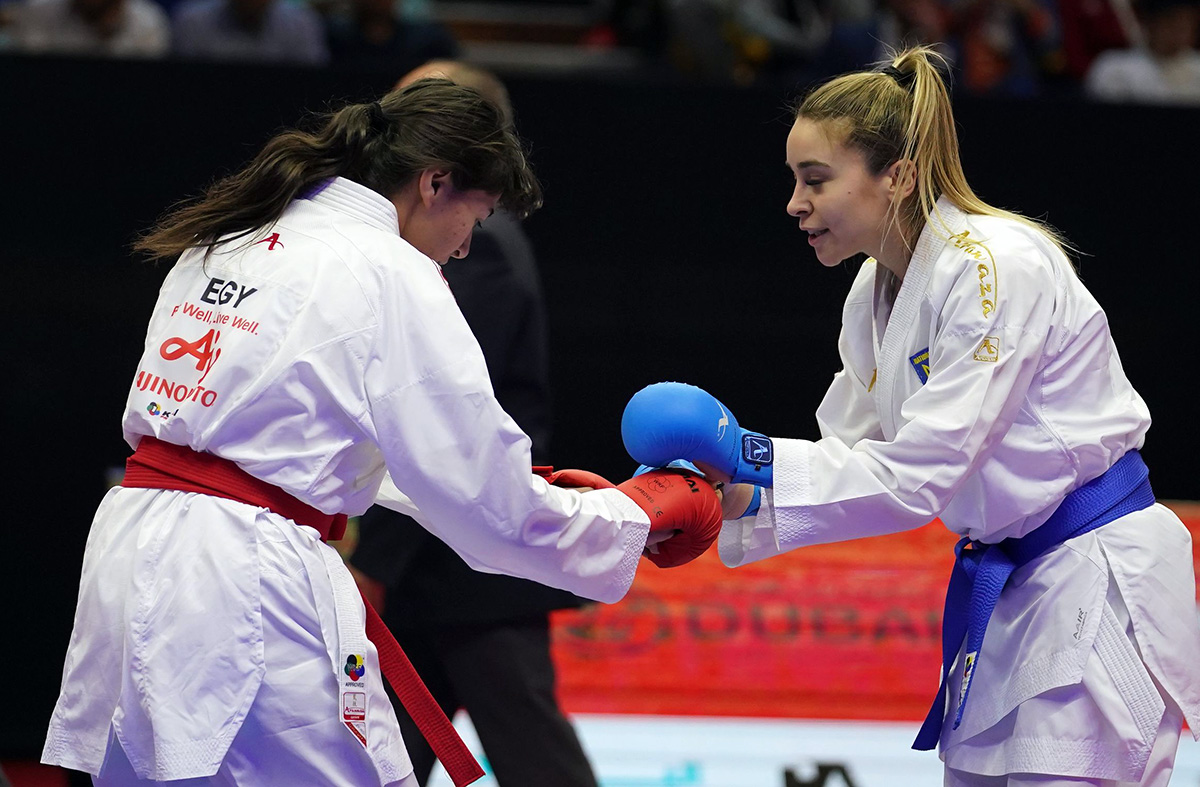 Xiaoyan Yin of China is also using her Grand Winners status to lead the standings after two events. The owner of the “Best of the Best” award tops the standings in Female Kumite -61kg after claiming silver in Paris and gold in Dubai. The defending Grand Winner takes an advantage of 540? points over Merve Coban of Turkey.

The list of current Grand Winners on top is completed with Darkhan Assadilov of Kazakhstan. While the defending owner of the golden karategi has not been able to prevail at the two events this season, as he has claimed two silver medals, his appearances in both finals have helped him to take the highest position in the standings. World champion Angelo Crescenzo of Italy is in second place at 360 points.

The quest to the coveted prize is extremely tight in most of the categories. Two competitors are tied on top of Female Kumite -68kg. Defending Grand Winner Irina Zaretska of Azerbaijan and Li Gong of China both have 1560 points. While Zaretska has claimed gold in Paris and bronze in Dubai, Li Gong has taken bronze in Paris and gold in Dubai. 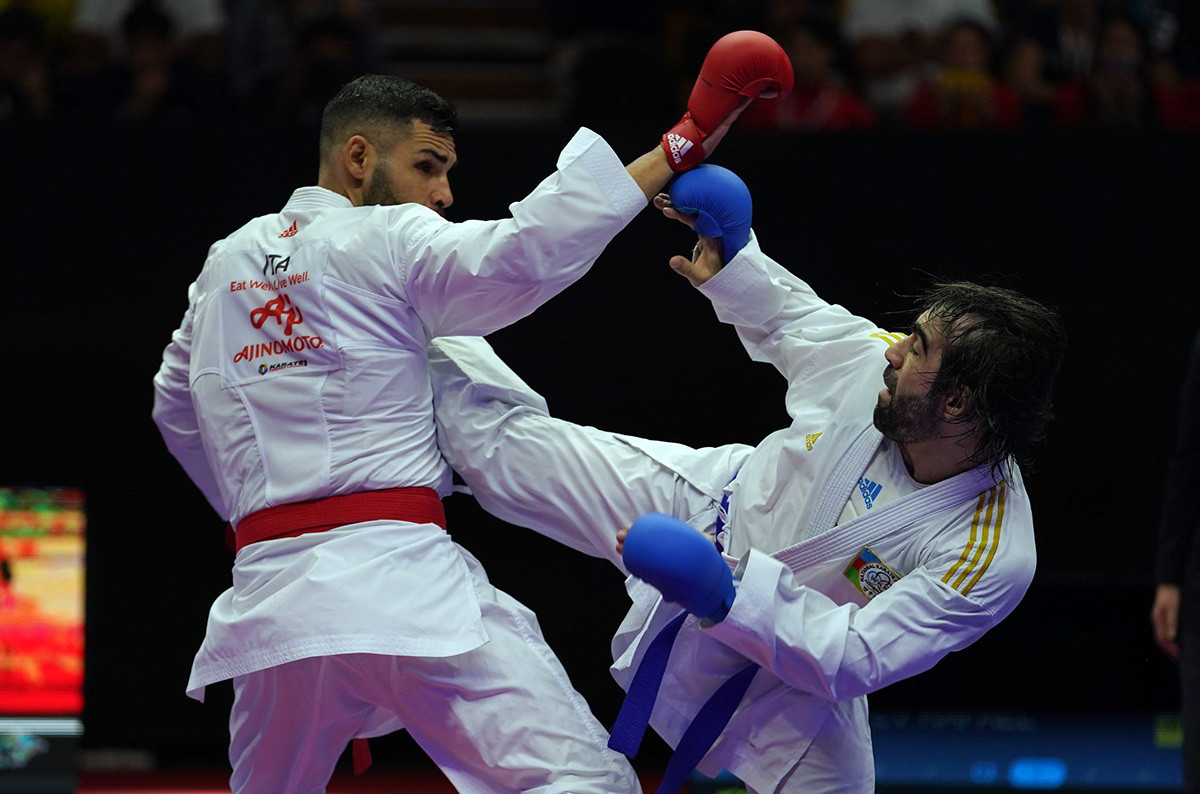 Less than 300 points separate the two top competitors in Male Kumite -75kg. World champion Bahman Asgari Ghoncheh of Iran takes the top position after winning gold in Paris and bronze in Dubai, while Luigi Busa of Italy is in second place after claiming bronze in Paris and silver in Dubai. Current Grand Winner Rafael Aghayev is in the third position.

The start of the season is being especially thrilling in Male Kumite -84kg. None of the medallists in Paris reached the podium in Dubai thus presenting an extremely tight quest to top the standings of the category. Gold medallist in Dubai Zabihollah Poorshab of Iran takes the leadership of the category thus far with only 120? points advantage over second-placed Mohamed Ahmed Ramadan of Egypt. The top five-ranked athletes are separated by 500 points.

Turkey’s Meltem Hocaoglu Akyol is one of the newcomers making a name for themselves in the onset of the season. The Turkish karateka who is placed in the second position in WKF World ranking has claimed silver in Paris and gold in Dubai and has a lead of 540? points over Hamideh Abbasali of Iran. 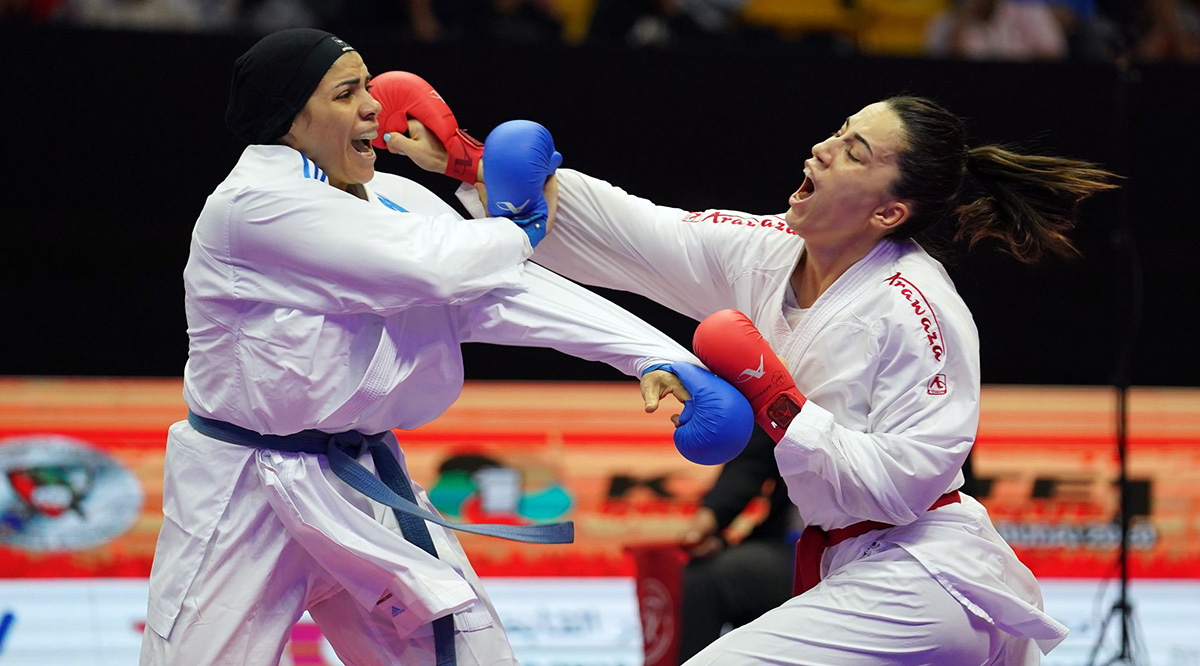 Damian Quintero of Spain has used his successful start of the season to top the standings in Male Kata. The current World Championships runner-up won the Grand Winner award in 2016 and 2017 and now leads the category 480? points over Antonio Diaz of Venezuela.

The category of Male Kumite +84kg is headed by Gogita Arkania of Georgia. The experienced karateka has reached the finals in both events claiming gold in Paris and silver in Dubai. Former Grand Winner Jonathan Horne of Germany is second at only 180 points. The World champion from Germany who won the right to wear the golden karategi in 2018 has claimed bronze in Paris and gold in Dubai.

CLICK HERE to go to all the standings of the Karate 1-Premier League.