Vicky Panetsidou: the return of the Greek Queen Warrior 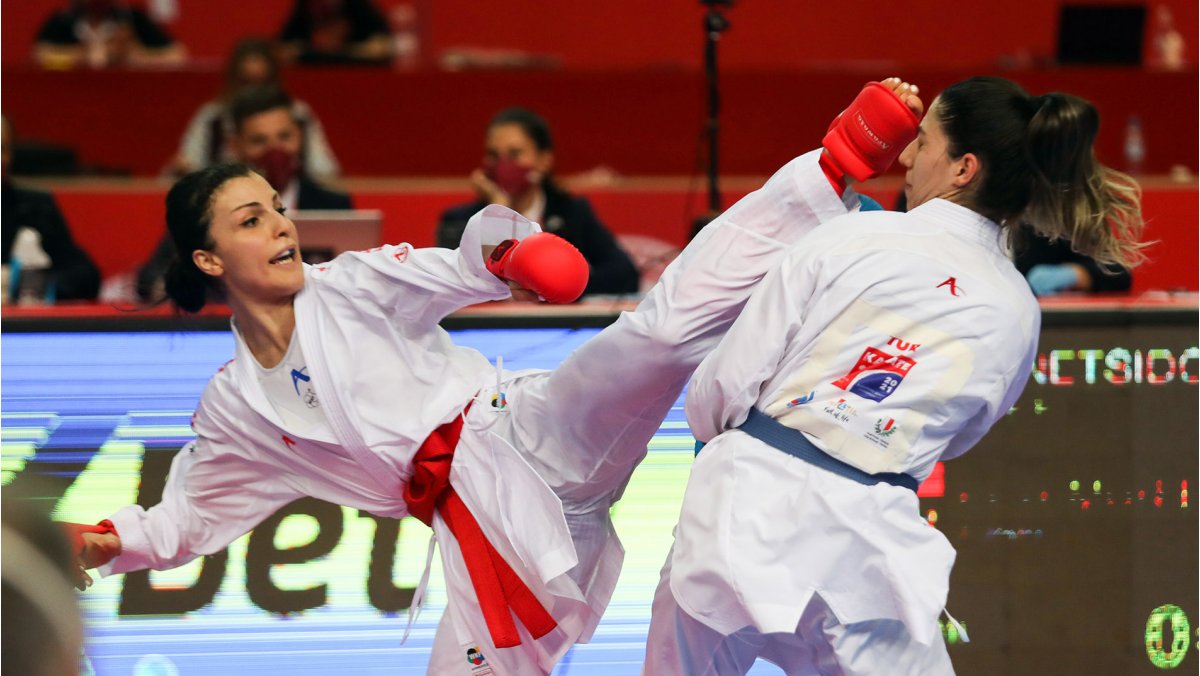 Vicky Panetsidou became the big star of Day 1 of #EuroKarate2021

Vicky Panetsidou became the big star of Day 1 of #EuroKarate2021 after achieving a much-celebrated qualification to the final. It is Panetsidou’s first continental final since her European title eleven years ago.

“I feel incredible. I feel like a small child in a candy shop. I reached my goal, and the only thing I could think of was ‘gold, gold, gold’,” said the Greek karateka.

A member of the WKF Athletes’ Commission and a favourite among fans, Vicky Panetsidou became European Champion in May 2011, when she took the title at home, in the event that took place in Athens (Greece). After that, she has been a constant fixture in Karate’s elite. 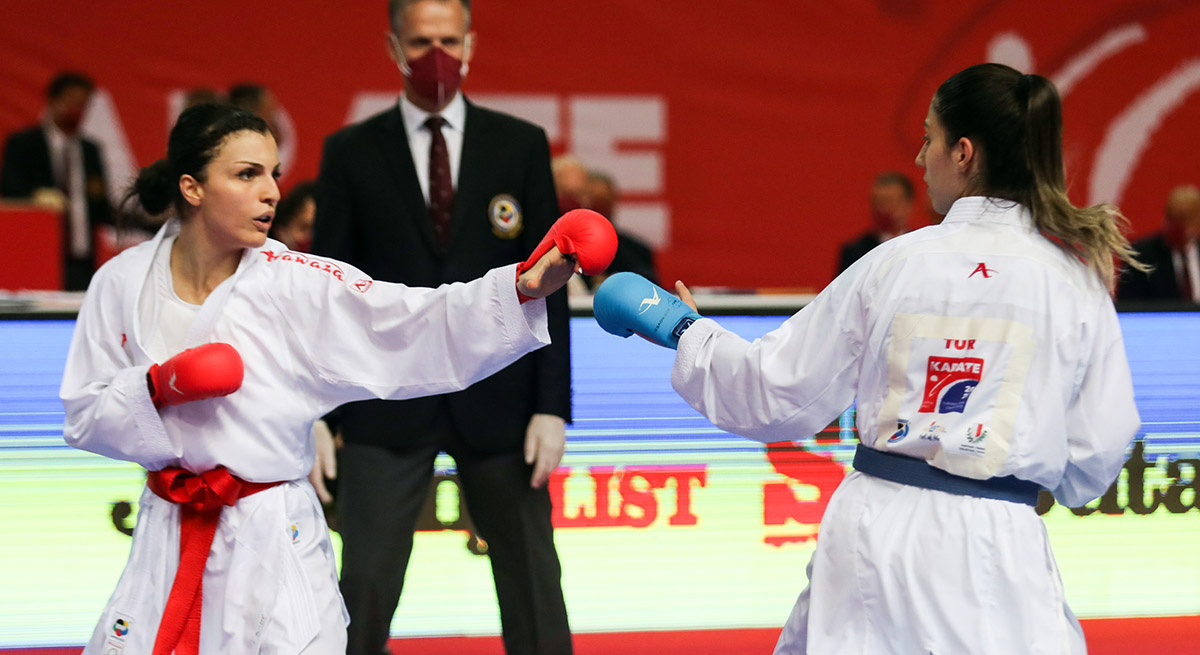 “It has been 11 years since my last European title. But my first European Championships were in 2009 also in Croatia, in Zagreb. I got the third place and now, so many years later, and in the same country I got a medal again!” stated Panetsidou.

In Porec, Panetsidou produced a hard-fought performance to reach the final. She achieved an overwhelming victory 9-1 over Lisa Rasmusson of Sweden and then edged Ivona Cavar of Bosnia Herzegovina 1-0 and Hungary’s Evelin Hollo 1-1 to top the pool. In the semi-finals, the Greek athlete claimed a tight victory by “Senshuu” or first unopposed point over Turkey’s Eda Eltemur (2-2)

“To be honest, I didn’t think much about it before I came here. I prepared, I tried to recover from my injury, and for the last three months I have been training hard but mostly smart, and it worked!” she adds. 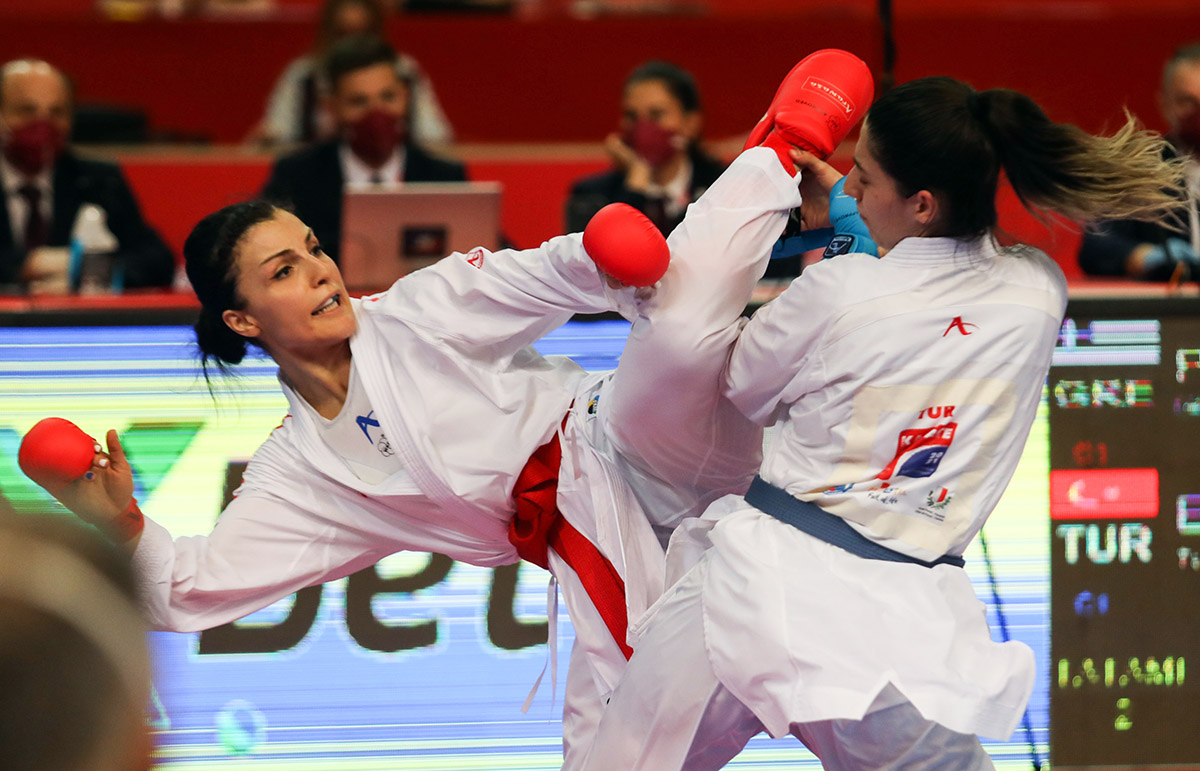 PUTTING YOUR HEART AND SOUL IN THE FIGHT

Vicky Panetsidou who currently takes position 21 in the WKF World ranking has a message for all Karate fans out there: Never give up.

“All I did was to give my soul. I gave everything I had as if it was my last fight. I put my heart and soul on the tatami, and I am super happy that things turned out this way,” said Panetsidou who recently recovered from an injury.

“It was hard mentally (to recover from the injury) but I have been working hard to come back. It is a message that I want to give to all of you out there, that whatever comes, if you want it, you can do it,” she mentioned. 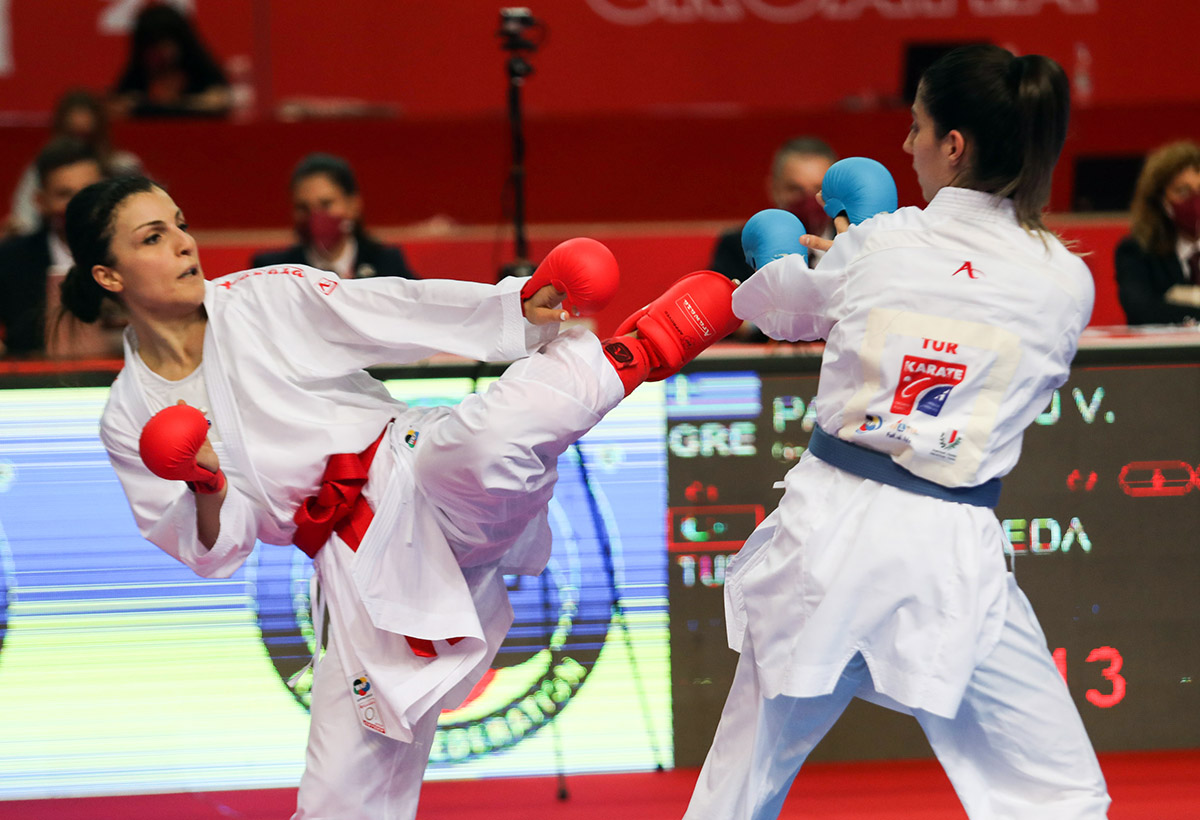 The fan favourite from Greece has her eyes set on qualifying for the Olympics. Her main goal is to win the ticket to the Games at the upcoming Olympic Qualification tournament to be held in Paris from June 11 to 13.

“This victory today gives me a lot of hope to keep fighting for my chances to qualify for the Olympic Games. Even if I had not made it here, I still have a good feeling about Paris. I always hope for the best!” said Panetsidou.

Vicky Panetsidou faces World champion Irina Zaretska of Azerbaijan in the final of Female Kumite -68kg. The final and the rest of the event can be followed LIVE on WKF YouTube channel.