Universality of Karate celebrated at opening ceremony of World Cadet, Junior & U21 Championships 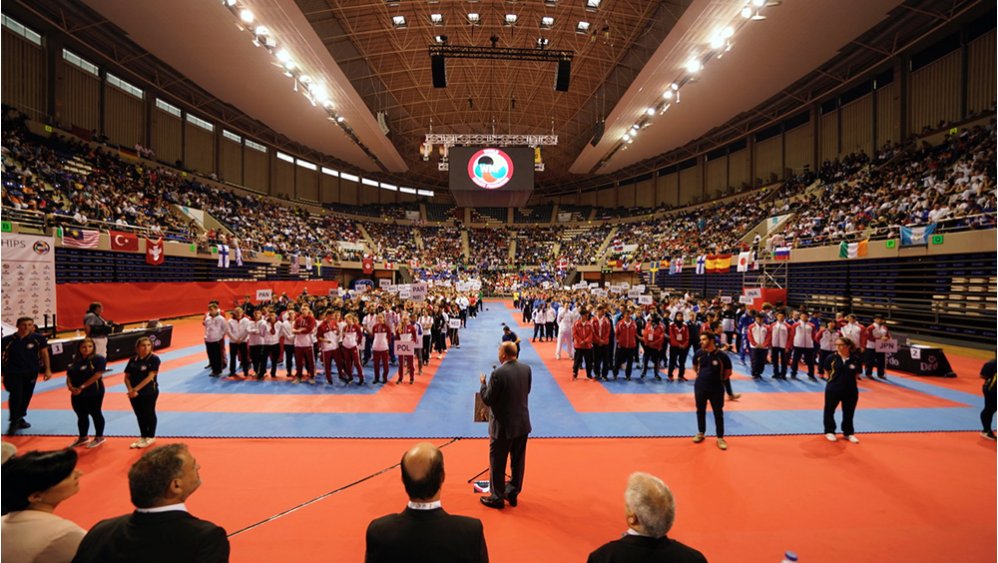 The 2017 World Cadet, Junior & U21 Championships were officially opened this evening during a ceremony at Pabellon Santiago Martin sports hall in Tenerife, Spain.

The 2017 World Cadet, Junior & U21 Championships were officially opened this evening during a ceremony at Pabellon Santiago Martin sports hall in Tenerife, Spain.

It marked the official commencement of the competition at the event, which began on Wednesday here. Over 1700 athletes are participating at the tenth edition of the underage Karate World Championships that is set to crown the new rising stars of the sport.

“This tournament is a demonstration that Karate is a sport, a martial art, but above all, it is a social movement that attracts a massive number of people. Thousands of people are involved in this sport as we can see here, not only in the participants but also in the family members and friends that are in the stands here today,” said WKF President Antonio Espinós. “Thank you to all of you for this great response. It is an honour to be the president of the World Karate Federation and to see how much our sport has progressed,” Mr. Espinós added.

“This is a great event for Tenerife, for Canary Island and for Spain. Good luck to all those who still have to participate and I hope you are enjoying staying here,” said the sports counselor of Canary Island region Cristo Perez.

“Congratulations to all of you for being here. I wish you all the best and I hope that you never forget Tenerife. I also hope that you are enjoying your stay here,” declared the general director of sports Jose Francisco Perez.

The event that is capturing the attention of fans around the world will conclude on Sunday with the closing ceremony which is scheduled for 17.15 local time.