Unity of Karate in Europe highlighted at EKF Congress 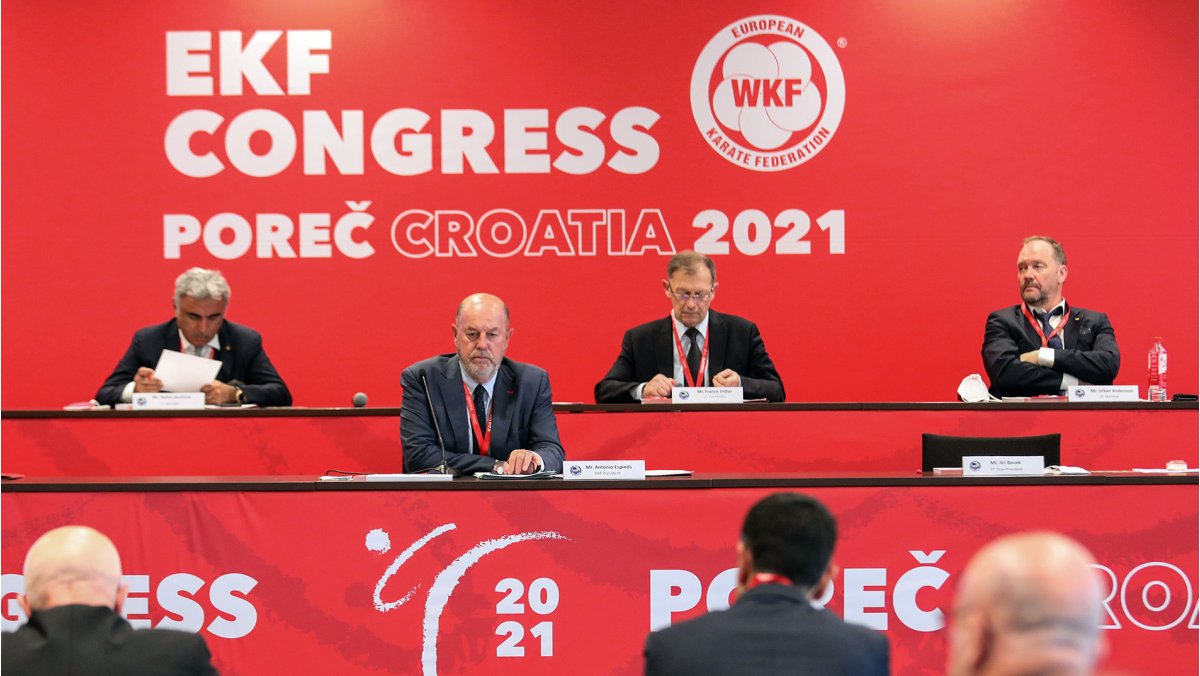 The Congress of the European Karate Federation was held Tuesday in Porec (Croatia). A new chapter in the history of Karate in Europe was unveiled with the election of the new Executive Committee of the organisation.

The ten newly elected members were designated by the EKF Congress in the elective process today. The EKF’s decision-making body is now composed of Yashar Bashirov of Azerbaijan, Jiri Bocek of the Czech Republic, Davor Cipek of Croatia, Francis Didier of France, Michael Dinsdale of England, Anton Gavrilov of Russia, Sergey Levchuk of Ukraine, Slavoljub Piper of Serbia, Georg Russbacher of Austria, and Wolfgang Weigert of Germany.

The meeting of the plenary session of European Karate had representatives of all 47 National Federations attending the event. The EKF Congress expressed their deepest condolences for the passing of the beloved members of the European Karate family, Yrsa Lindqvist, and Esat Delihasan. 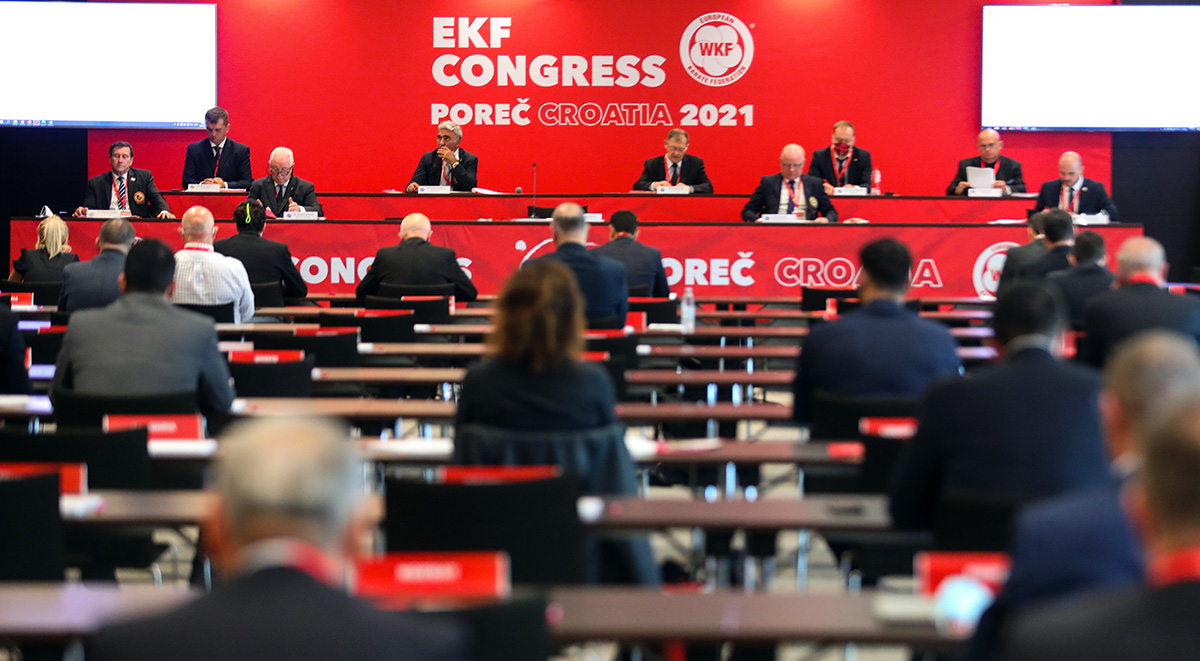 Reports on the last editions of the European Games and EUSA Championships and progress reports on the upcoming 2023 European Games were presented. The evaluation of the different technical matters and the approval of the financial statement of the organisation were also discussed. 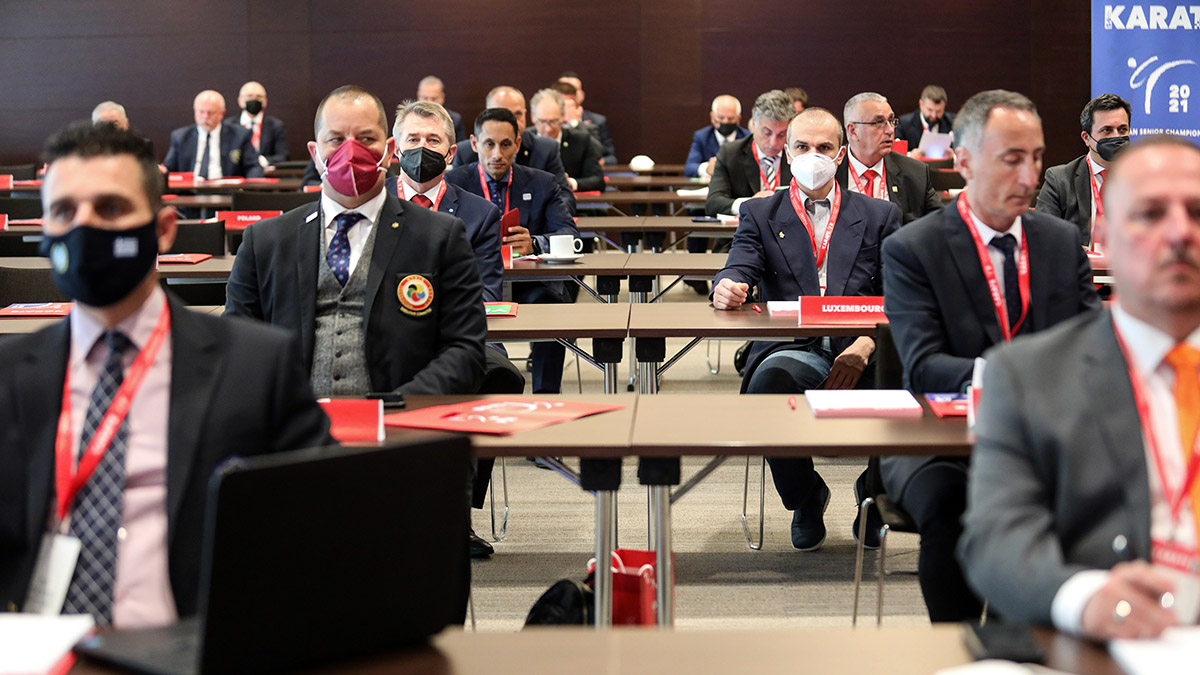 “Despite the challenging times, we have a bright future ahead of us. Thanks to the hard work of all of you here and all the members of the European Karate family, we can continue writing new chapters of our history. In fact, a brand-new era of our sport is inaugurated today with the election of the new Executive Committee, and I would like to congratulate the newly elected members. I appreciate all your support and I am sure that all of you will do your utmost to maintain the level of efficiency and unity that our organisation has demonstrated over the last years,” said EKF and WKF President Antonio Espinós. 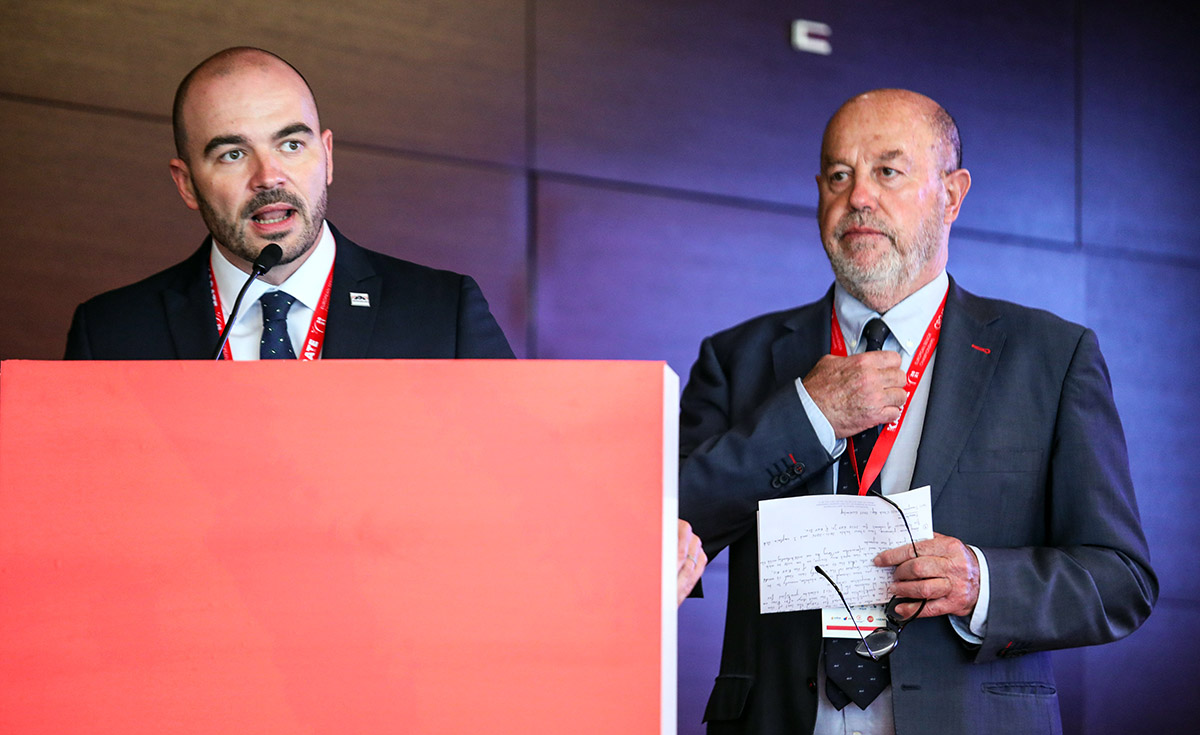