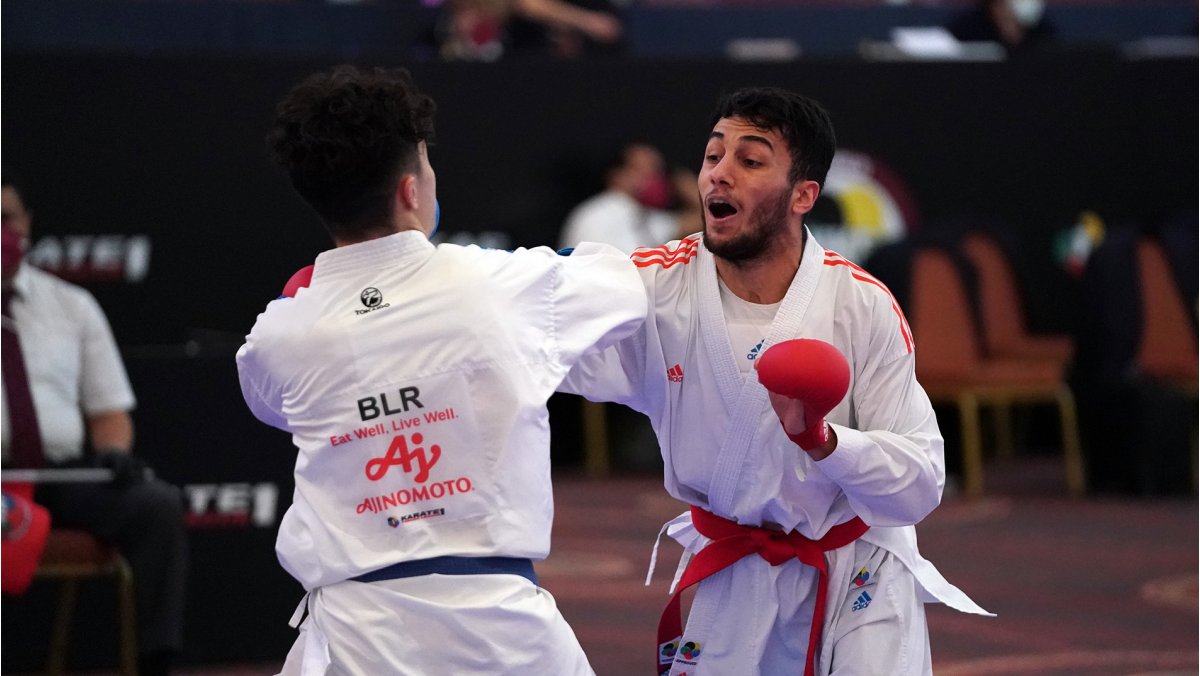 No less than four representatives of the host country qualified for the finals of the opening event of the season being held this weekend in Istanbul. Dilara Bozan paved the way to glory for the local athletes as she made it to the final of Female Kata. The Turkish karateka topped her pool with a score of 25.52. She will face World champion and current Grand Winner of the category, Sandra Sanchez of Spain. The Spanish World ranking leader dominated the pool with a score of 26.68.

“I worked very hard for this and I am happy to be in the final. It is a great motivation for me for the upcoming events,” said Dilara Bozan. 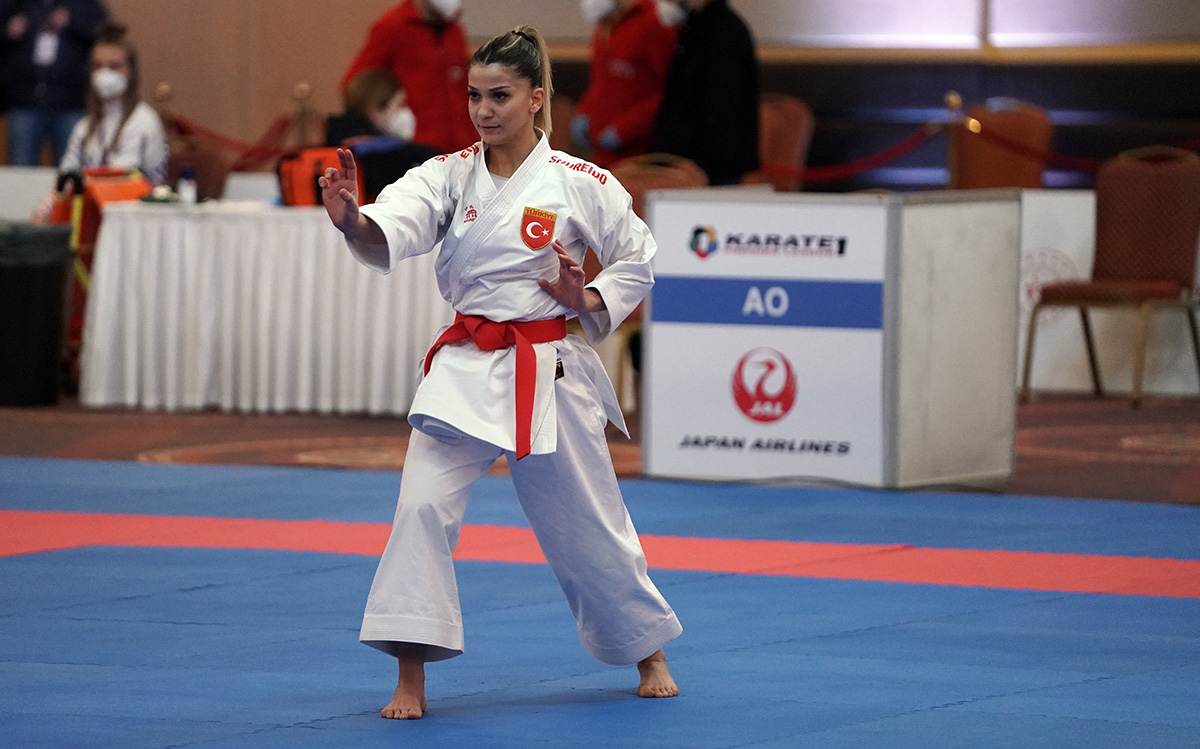 Eray Samdan followed suit and clinched a spot in the finals of Male Kumite -60kg. The current European Championships bronze medallist edged Sadriddin Saymatov of Uzbekistan by “Hantei” or decision after the match went scoreless. His rival in the final is Firdovsi Farzaliyev of Azerbaijan who beat Emil Pavlov of North Macedonia by 5-2.

After winning medals in all four international events last year, Turkey’s Serap Ozcelik Arapoglu demonstrated top form with a new qualification for the final of Female Kumite -50kg. The current Grand Winner performed at a great level to upset Sara Bahmanyar of Iran 5-2. The Grand Winner will clash for gold against Germany’s Shara Hubrich. The 23-year-old German karateka defeated Reem Ahmed Salama of Egypt by 2-0. 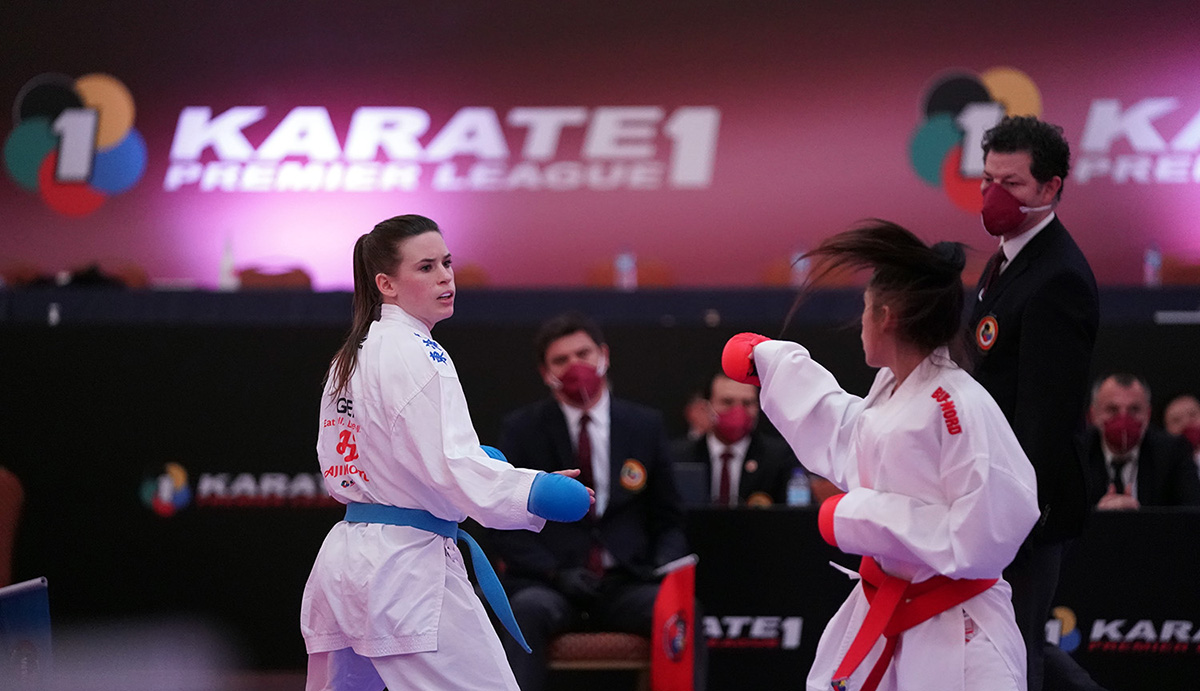 “I am very happy to be in the final because we have not had the chance to fight in such a long time. I hope that I will be able to win on Sunday. If I win, I want to dedicate this victory to my family, my coach, my country, and all those who helped me,” said Serap Ozcelik Arapoglu.

Turkey’s demonstration continued in the category of Male Kumite -67kg, as Burak Uygur also took the Turkish flag to the top of the podium. The 2018 European Championships gold medallist edged Belarus’ Devid Nhuyen to be in his first final since the 2020 Karate 1-Series A Santiago. His rival in the final is Ali Elsawy of Egypt who defeated Kazakhstan’s Assylbek Muratov 4-0.

“I am thrilled that I can be in the final of the first competition. It is very important for me and my team. On Sunday, I will fight for my people and I hope that I can win,” said Burak Uygur who takes seventh place in the Olympic Standings. “For the past four years, I have been dreaming of qualifying for the Olympics. I have been training very hard for this, I believe in myself and I will fight to be in the Olympics,” added the Turkish karateka.

Only two of the finals today will not have Turkish representatives fighting for gold. The title-deciding bout of the Female Kumite -55kg category will be a South American affair as Valentina Toro of Chile clashes against Valeria Kumizaki of Brazil. Toro is the current Under 21 World champion and edged Grand Winner Anzhelika Terliuga of Ukraine (5-5). Meanwhile, Kumizaki defeated defending World champion Dorota Barnaszczyk of Poland 2-0. 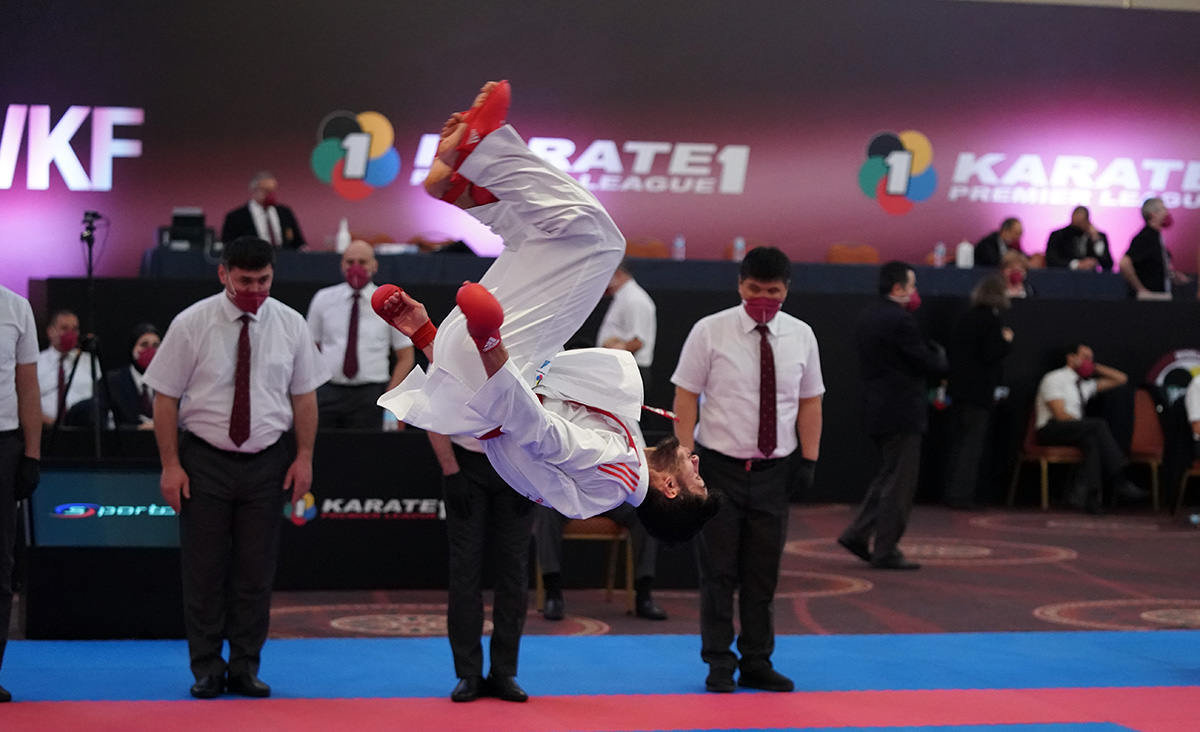 The last category of the day had Dastonbek Otabolaev of Uzbekistan and Luigi Busa of Italy as big stars. The karateka from Uzbekistan reached the final after beating Elhami Shabani of Kosovo 4-0. Meanwhile, fan favourite Luigi Busa made it to the last round following a hard-fought victory over Turkey’s Erman Eltemur 1-0.

The competition continues Saturday with the rest of the categories at stake. CLICK HERE to find all the info about the tournament including results. 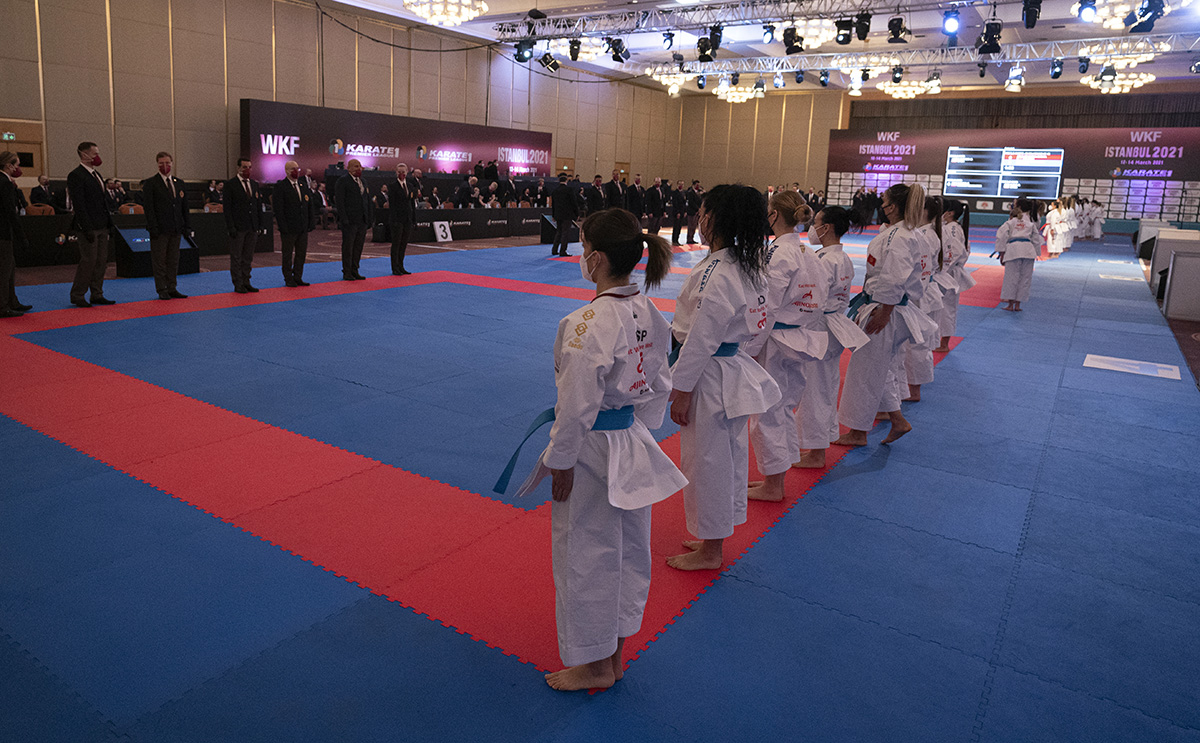