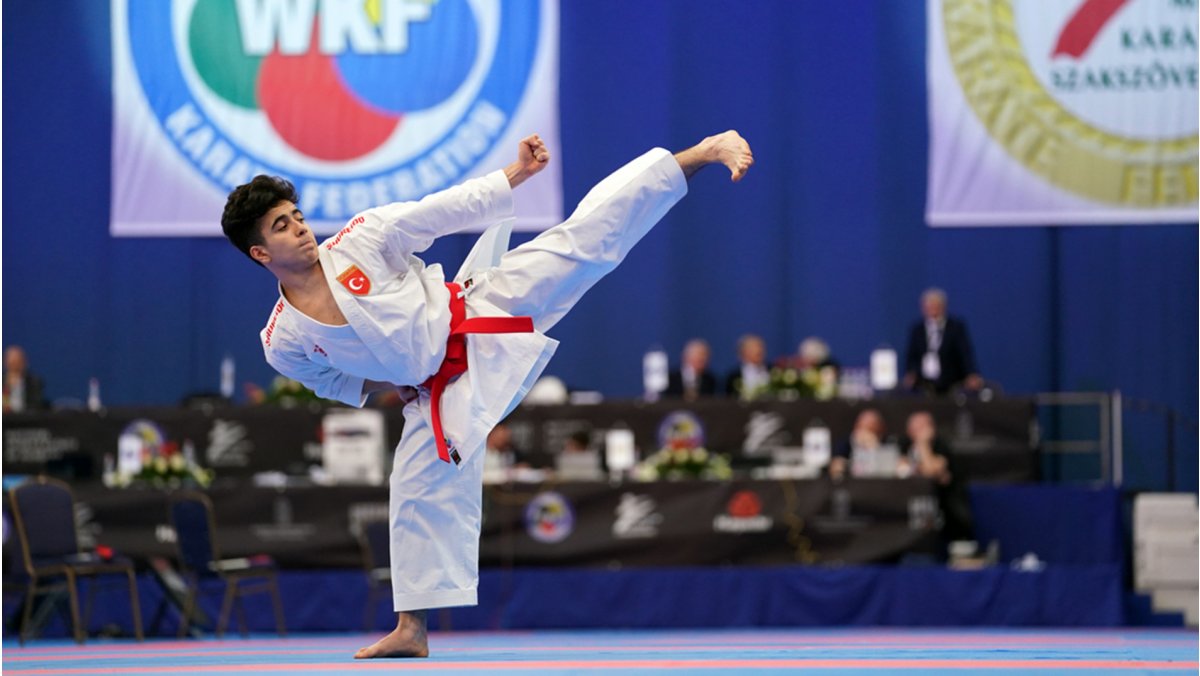 Turkey demonstrated the strength of their grass-root programme as they prevailed in the opening day of the 2020 EKF Cadet, Junior & U21 Championships being held in Budapest (Hungary). No less than 12 nations took home gold medals today thus demonstrating the popularity of Karate in Europe.

Turkey demonstrated the strength of their grass-root programme as they prevailed in the opening day of the 2020 EKF Cadet, Junior & U21 Championships being held in Budapest (Hungary). No less than 12 nations took home gold medals today thus demonstrating the popularity of Karate in Europe.

Powerhouses of the sport took the lead after succeeding in Kata categories. Sonia Inzoli of Italy and Furkan Kaynar of Turkey claimed the titles in Cadet Kata while Enes Ozdemir of Turkey regained the continental crown in Male Junior Kata for the second consecutive year. Matilde Galassi took the second gold for Italy with her victory in Female Junior Kata. Franck Ngoan of France dominated U21 Male Kata while Marta Garcia Lozano took back-to-back World and continental titles with her outstanding performance in U21 Female Kata. 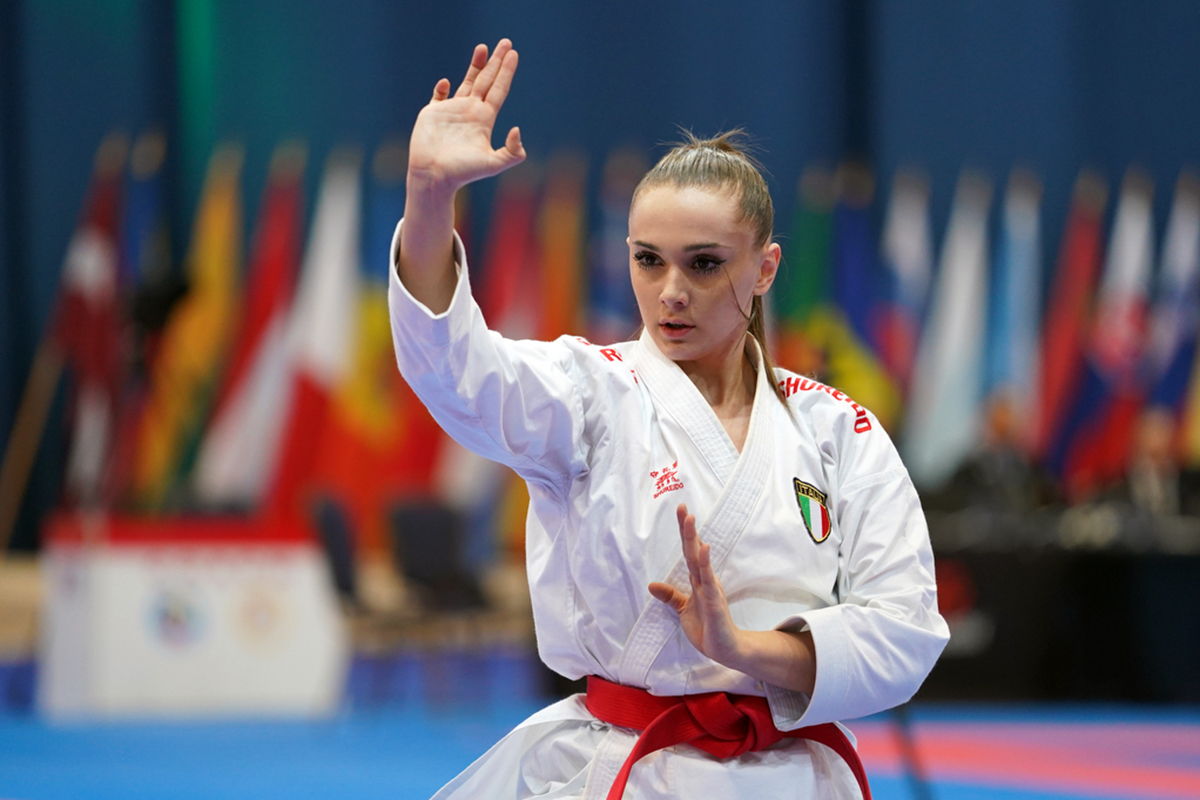 Moving to Kumite divisions, Muhammed Oezdemir opened the gold medal count for Germany with an impressive 10-2 victory in Cadet Male -52kg as Farid Savadov of Azerbaijan edged World champion Dominik Dziuda of Poland in Cadet Male -57kg (1-0). Luan Veras of England claimed a hard-fought title in Male Kumite -63kg (6-2) as Eduard Gasparian of Russia won the final of Cadet Male Kumite -70kg by “Hantei” or decision. The last category of Male Kumite was taken by Leonard Moise of Romania (1-0).

Turkish representatives continued their excellent performance in Kumite, with Muserref Ozdemir becoming European champion in Cadet Female -47kg (6-1). Kori Fital of Scotland clearly dominated the final of Cadet Female -54kg while Volha Ramaniuk took the flag of Belarus to the top of the podium in Cadet Female Kumite +54kg (4-0). 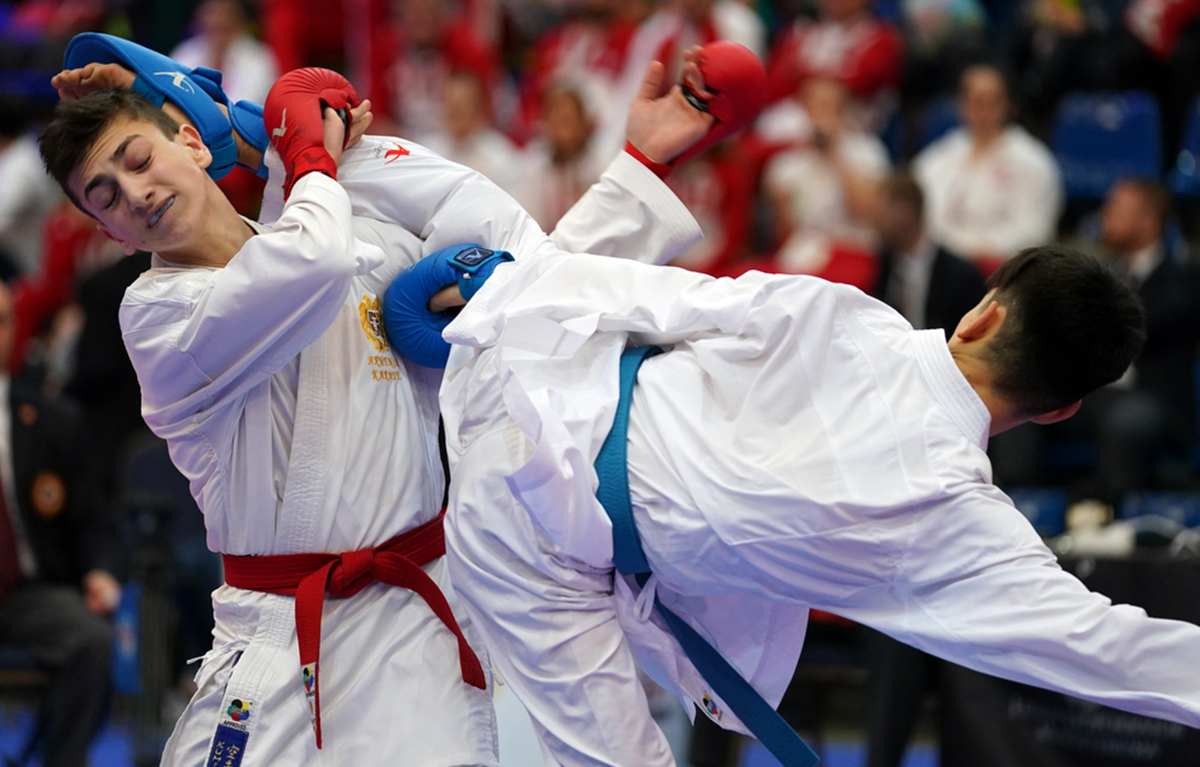 The day concluded with the opening ceremony. The parade of flags of all the 52 countries participating at the event marked the official start of the anticipated tournament. The ceremony was attended by Hungarian Secretary of State for Sports Tunde Szabo, former President of Hungary and member of the International Olympic Committee Pal Schmitt, Hungarian Karate Federation President János Mészáros and EKF and WKF President Antonio Espinós.

“We (the government of Hungary) decided to create a strategy of promotion around sports and we decided to host as many big events as possible as a way to promote the values that only sport can bring. By organising these events, we can see stars from up close and this gives us the motivation to be like them. We know that Karate is unique because it is a noble sport, and if there is a sport that is connected to the XXI century, that is Karate,” said Hungarian Secretary of State for Sports Tunde Szabo. 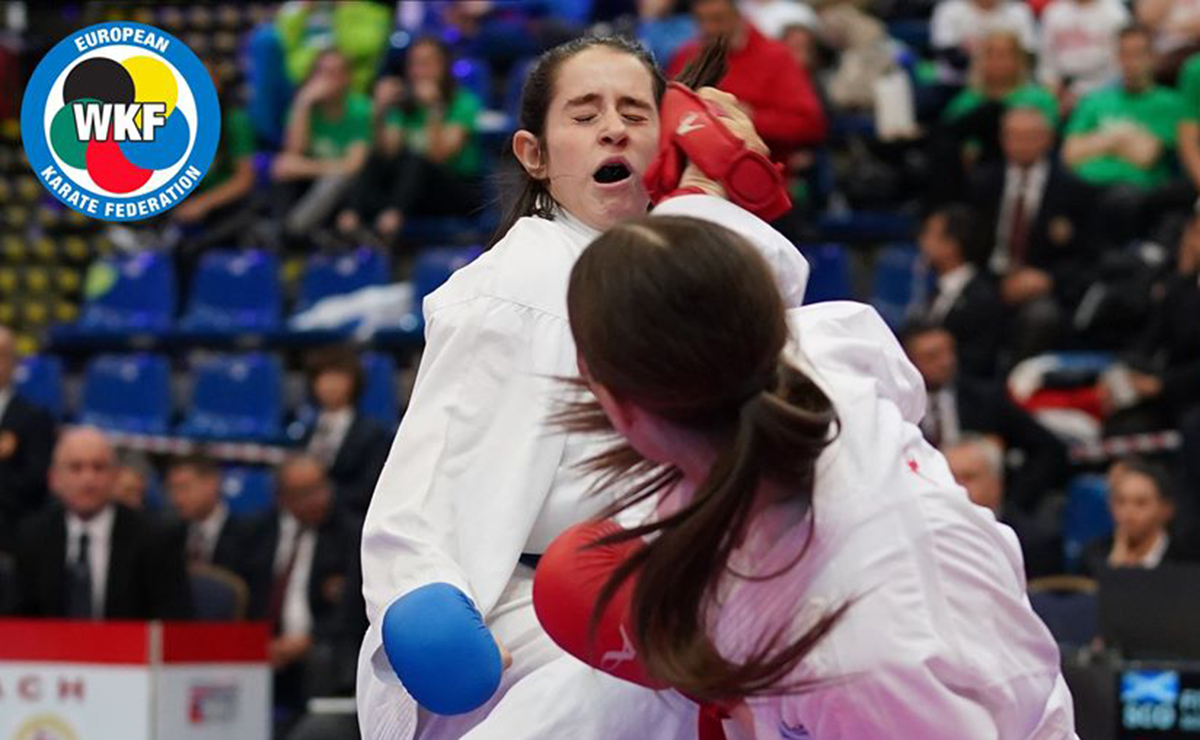 “Thank you EKF and WKF President Antonio Espinós for introducing Karate to the Olympic movement over the last two decades. Congratulations to all the young athletes here today for choosing this wonderful sport. I wish you all kinds of success and the best of luck in this tournament,” said former President of Hungary and member of the International Olympic Committee, Pal Schmitt.

“I have always said that 2020 was going to be the year of Karate, and today we could attest it here. Hungary have always supported Mr Espinós in his goal of taking Karate to the Olympics, and we will continue doing so in years to come. Karate showed its strength today, we have 52 countries represented and there are not many sports that can show this level of success. Come on, Hungary! Come on, Karate!” said President of the Hungarian Karate Federation János Mészáros. 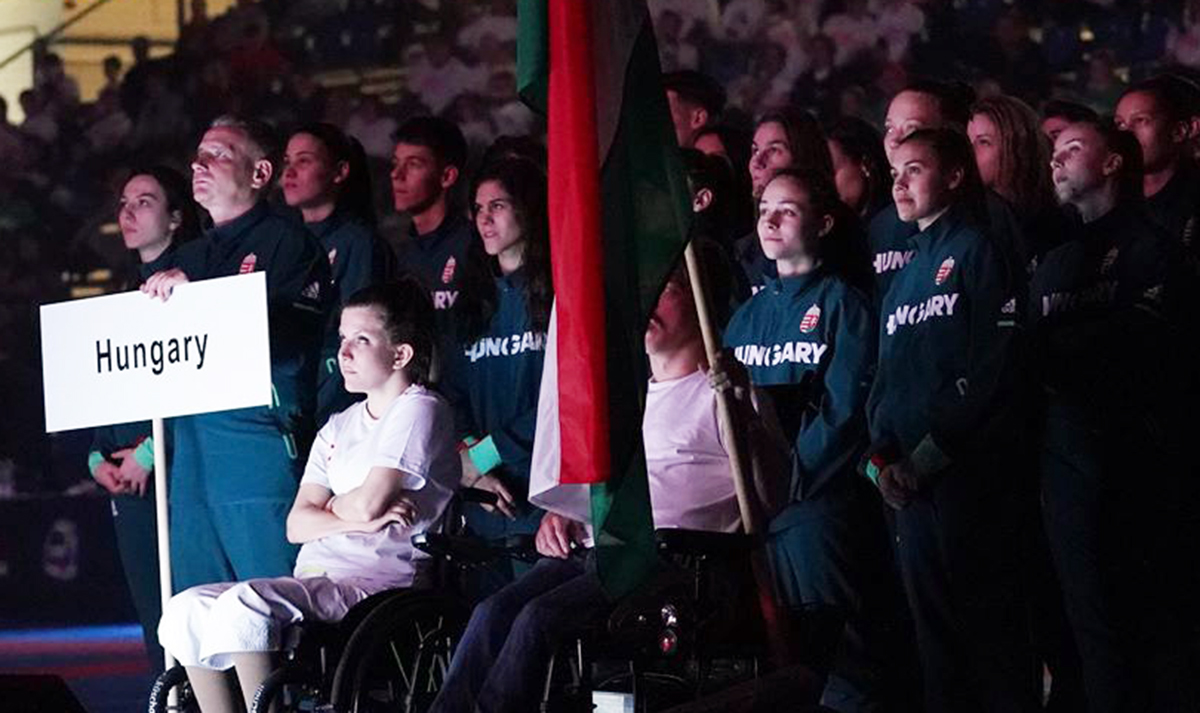 “Thank you all for being here and congratulations on the big success that you have accomplished for participating in these championships. You are representing the heart of Europe as you are here as members of your national teams. This is already a success and you will always keep this memory with you. Good luck and I wish you an unforgettable stay here in Budapest. You are the future of Karate and with your help, we can continue taking Karate to new heights,” said EKF and WKF President Antonio Espinós addressing the young participants on the audience.

The competition continues on Saturday with the Junior categories. CLICK HERE to go to all the info of the event including results and competition calendar. 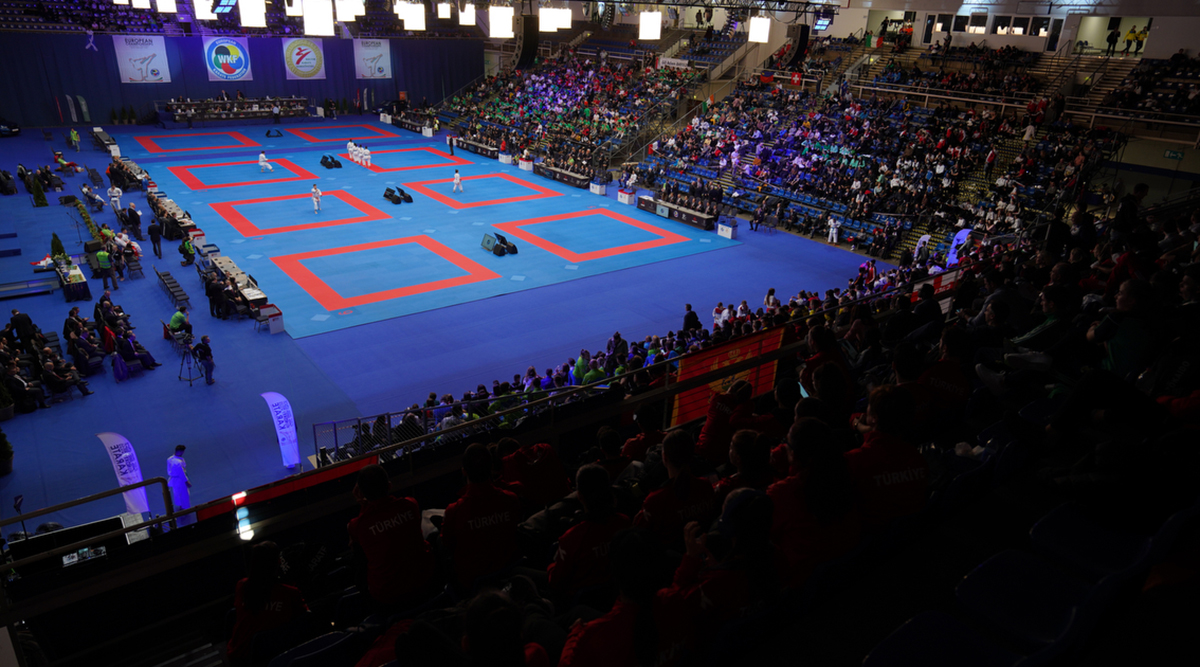