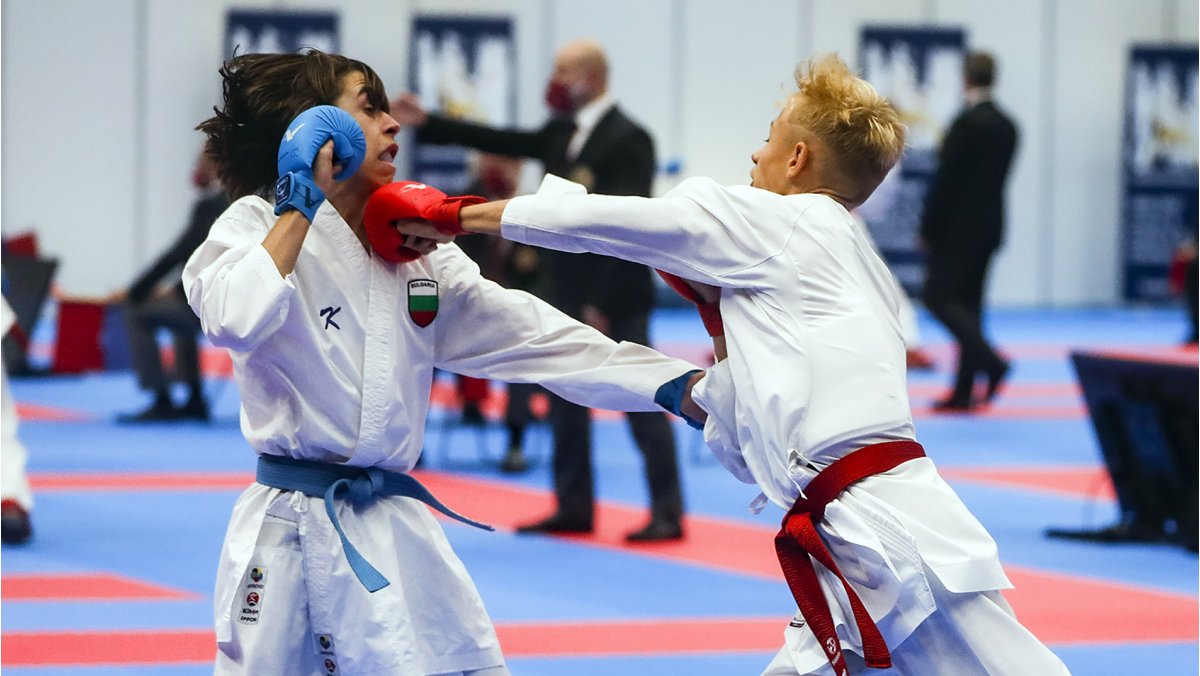 The 2021 EKF Cadet, Junior & U21 Championships started in Tampere (Finland)

The 2021 EKF Cadet, Junior & U21 Championships started in Tampere (Finland) and crowned the new upcoming heroes of the sport in Europe. Cadet and Junior categories took the stage today with Turkish, Azeri, and Spanish young karateka prevailing on the tatami.

Powerhouse nations of the sport Turkey and Spain were the big winners of the Kata competition today as all six medals at stake went to the two Kata ruling countries. Furkan Kaynar of Turkey was proclaimed the winner of Cadet Male Kata in a tight final bout against Anthony Vu of Sweden while Paola Garcia Lozano of Spain beat Roberta Dominici of Italy.

In Junior Cadet, Spain also took the top of the podium with Alejandro Catalan defeating Yaroslav Federov of Ukraine in the Junior Male competition. The title in Junior Female Kata went to Damla Su Turemen of Turkey who upset Sonia Inzoli of Italy. 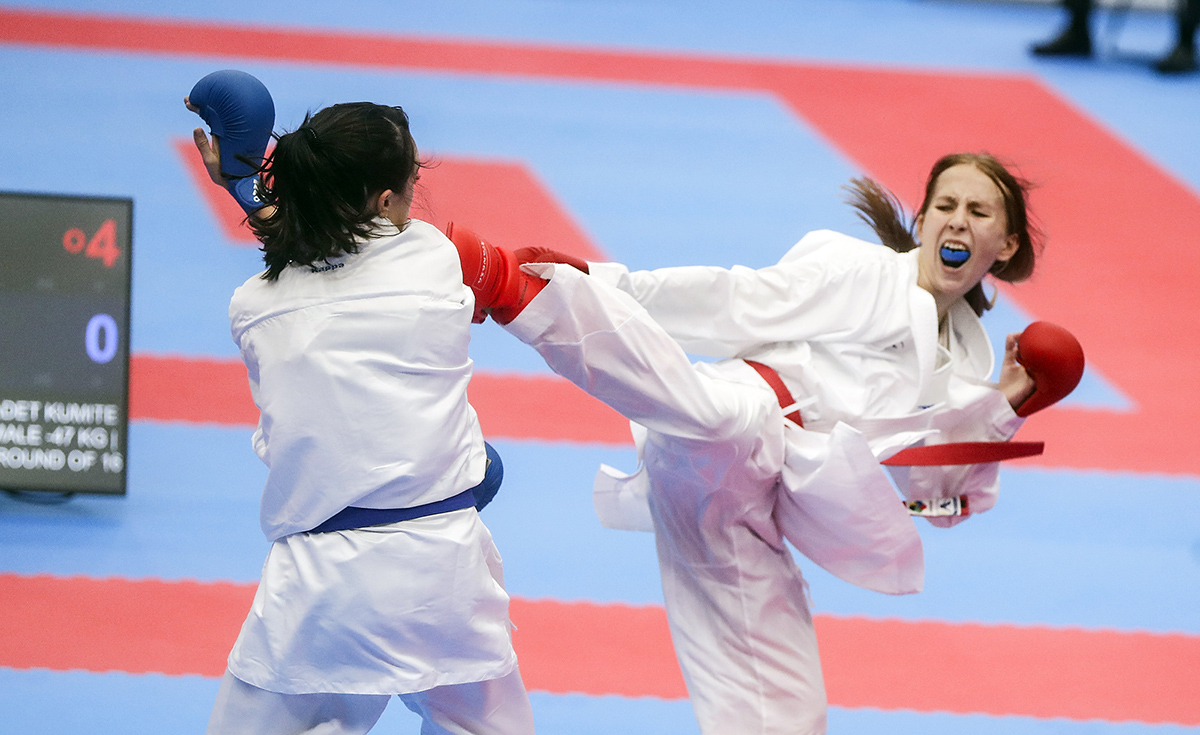 Turkey registered a clean sweep in U21 Kata division as the Turkish flag coronated the two podiums of the competition. Enes Ozdemir proved to be the top favourite of the event and beat Alessio Ghinami of Italy in U21 Male Kata while Keyda Nur Colak also from Turkey prevailed over Carolina Amato of Italy in U21 Female Kata.

The Kumite categories showcased the tremendous popularity of the sport all over the continent. Only Azerbaijan managed to win more than one gold in Kumite today. 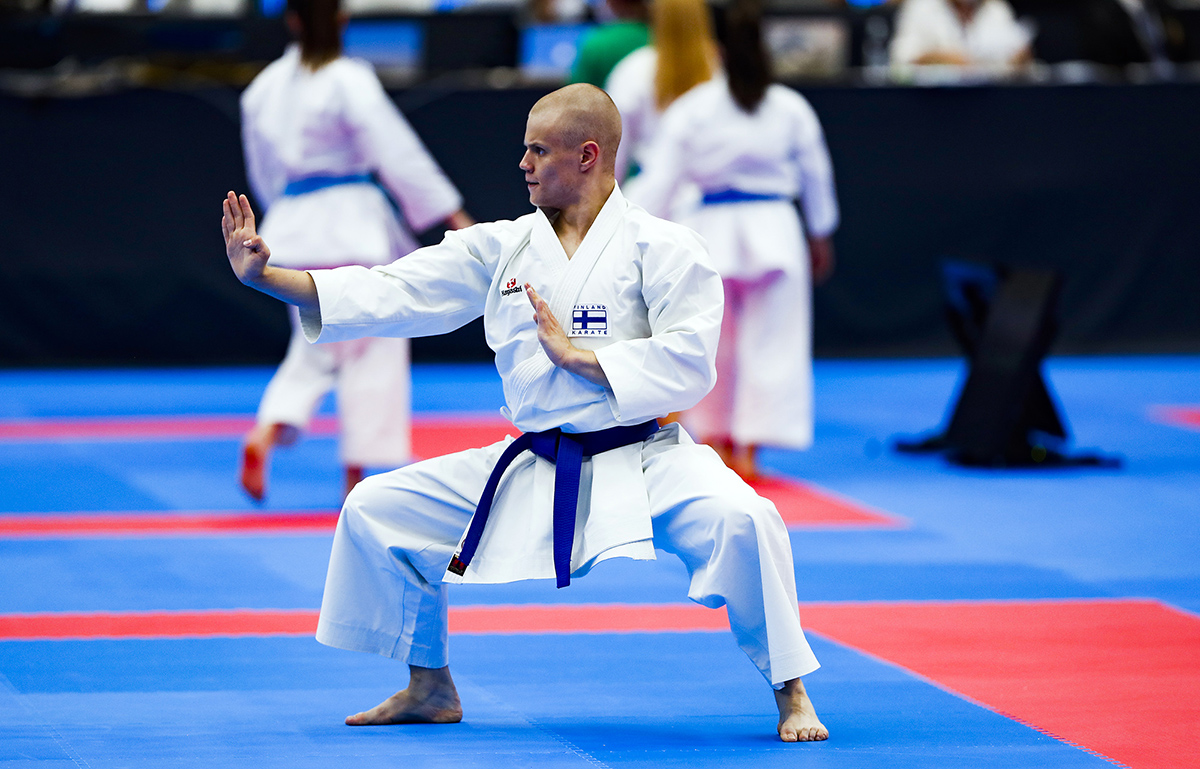 The outstanding performance of the Turkish delegation was completed by Suleyman Aydemir who became the winner of the last category at stake today, Cadet Kumite Male -70kg thus finishing a golden day for the Eastern European nation, with a final tally of six medals including five golds.

In Cadet Female Kumite competition, the titles went to Helena Backovic of Montenegro in -47kg, and Lydia Lamprini Xenou of Greece in -54kg while Altana Basangova of Russia dominated in +54kg

The competition continues Saturday with the second day of action. CLICK HERE to go to all the info about the event. 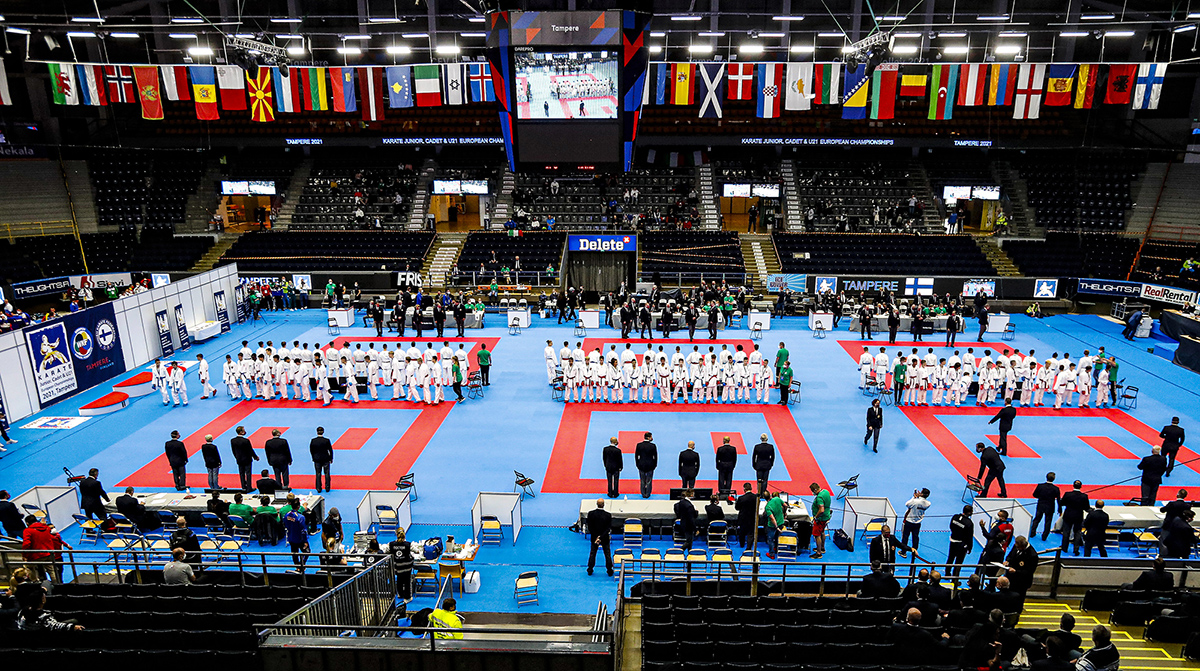