Top karatekas back to winning ways in #Karate1Salzburg 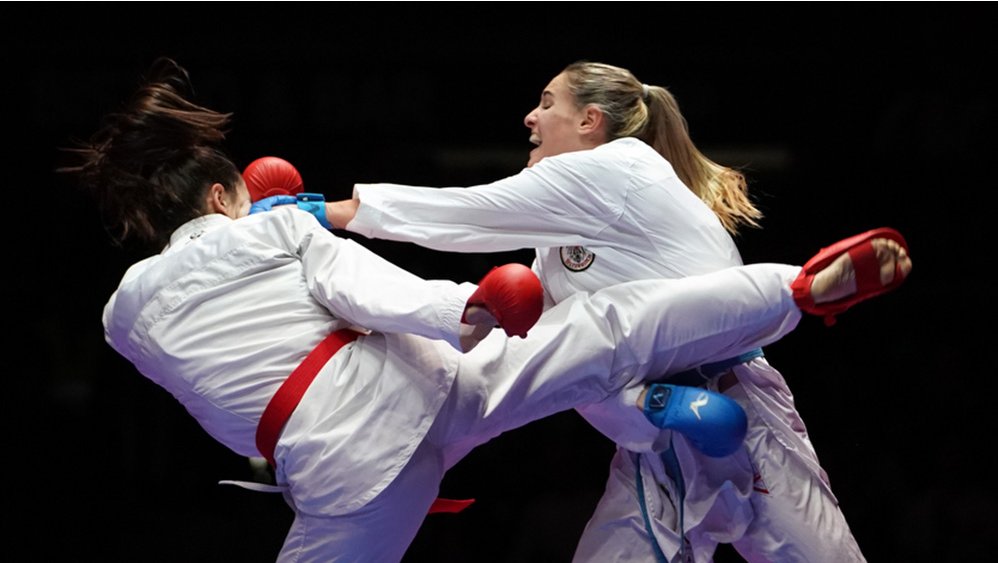 Big names who had been away from the podium in the last events had the opportunity to produce impressive come-backs in the final day of the 2019 Karate 1-Series Salzburg and became the heroes of the massive event which took place at the Salzburgarena sports hall this weekend.

Top karatekas who had been away from the podium in the last major international events had the opportunity to produce impressive come-backs in the final day of the 2019 Karate 1-Series A Salzburg. China's Xiaoyan Yin, Austria's Alisa Buchinger, Sandra Sanchez of Spain and representatives of Iran and Japan were among the heroes of the massive event which took place in Salzburg (Austria) this weekend.

One of the big names going back to winning ways was China’s Xiaoyan Yin, who was Grand Winner last year and who prevailed in Female Kumite -61kg. Xiaoyan Yin claimed her first crown since her victory at the 2018 Asian Championships after beating Japan’s Yuki Kujuro in the final 3-1.

Former World champion Alisa Buchinger of Austria also followed the pattern and achieved her first triumph in international events since her title here in Salzburg in 2017. Buchinger's two-year drought of titles finished as the 2016 World champion defeated Switzerland’s Elena Quirici in the final of Female Kumite -68kg in a showcase of offensive karate 6-1. 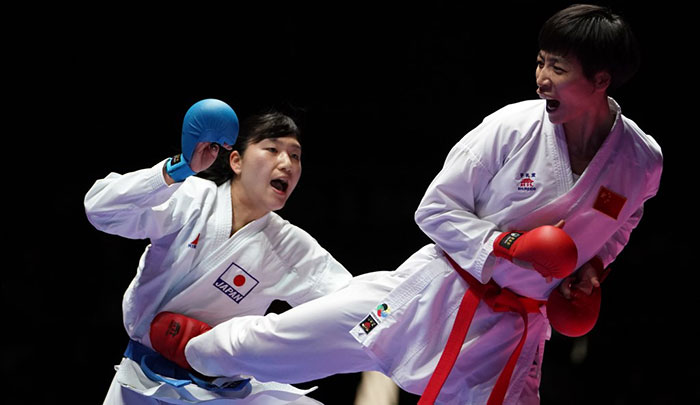 Austria went to win a second gold medal today since Stefan Pokorny prevailed in Male Kumite -67kg. The Austrian karateka defeated Egypt’s Ali Elsawy in the final, much to the celebration of local fans.

Meanwhile, in Female Kata Spain’s Sandra Sanchez continued performing at a sensational level and became one of the stars of the event. Sanchez won the crown in the category with a new victory over Japan’s Kiyou Shimizu. Just as it happened in the Karate 1-Premier League Dubai less than one month ago, the current World champion from Spain took the title with an excellent presentation of “Chatanyara Kushanku” kata. The Spanish Karate Star claimed 27.34 points for 27-28 of two-time World title-holder Kiyou Shimizu who performed “Chibana No Kushanku” kata.

The gold medal count for the Japanese delegation started with the title in Male Kata. Kazumasa Moto won the crown after beating Spain’s Damian Quintero in the final. The Japanese karateka excelled in his presentation of “Gojushiho Sho” kata and had a score of 27.06 while Quintero, who performed “Chatanyara Kushanku” kata had 26.54 points. 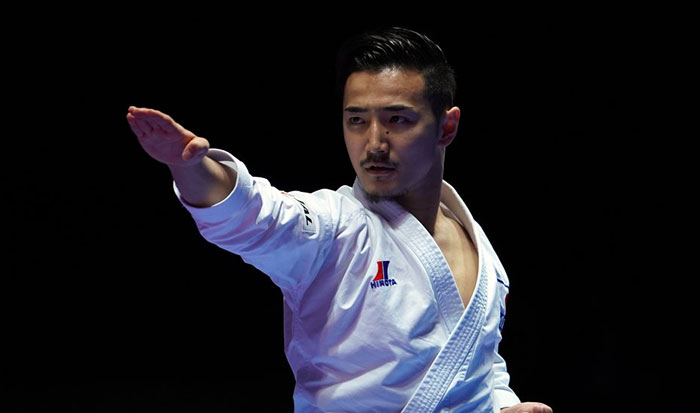 The birth nation of the sport took one more gold with Ayaka Tadano’s victory in Female Kumite -50kg. The Japanese karateka who had won gold for the last time at the 2018 Karate 1-Premier League Rotterdam defeated Germany’s Iran’s Sara Bahmanyar in the final 2-0.

The Iranian representatives managed to bounce back from Sara Bahmanyar’s defeat and finished the event with two gold medals. In Female Kumite -55kg, Taravat Khaksar edged Chile’s Valentina Toro in the final (1-0) to take the Iranian flag to the top of the podium. This triumph was Taravat Khaksar’s first gold medal in major international events.

The second gold for Iran was taken by Mahdi KhodaBakhshi in Male Kumite -84kg. The Iranian karateka who had won a gold medal in international events for the last time at the 2018 Karate 1-Premier League Istanbul shocked Grand Winner Ugur Aktas of Turkey in the final 5-2. 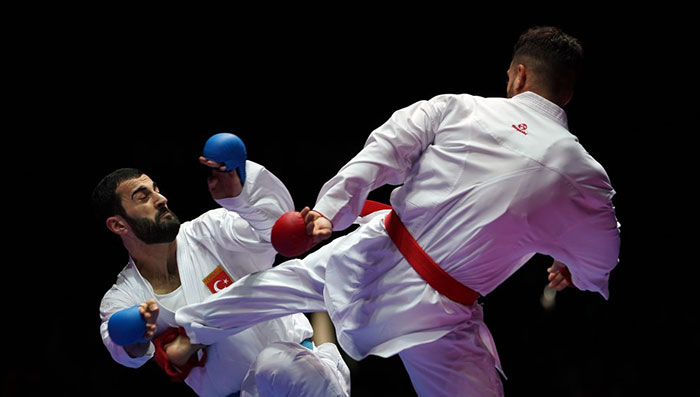 Surprises continued taking over the competition as up-and-coming karatekas kept on claiming the spotlight in Salzburg. Kazakhstan’s Darkhan Assadilov is fast becoming one of the most successful karatekas this season, and after taking two medals in two appearances this year, he won a new title in Salzburg. The Kazakh karateka took the crown in Male Kumite -60kg after beating Turkey’s Eray Samdan by “Hantei” or decision in the final.

The Karate 1-Series A will travel now to Istanbul (Turkey) where the second stop of the season will take place from May 17-19. 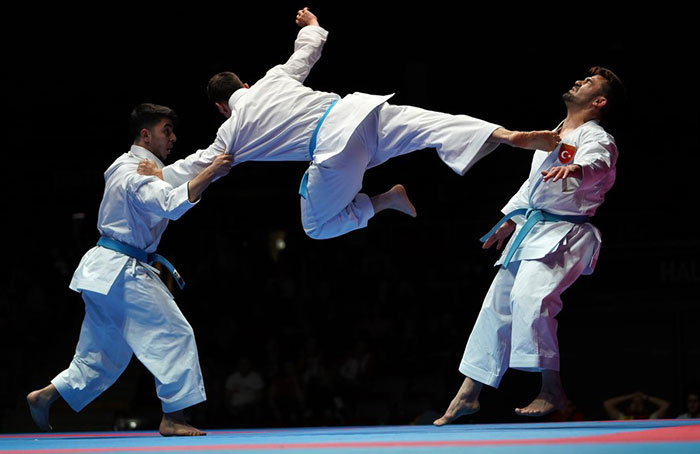