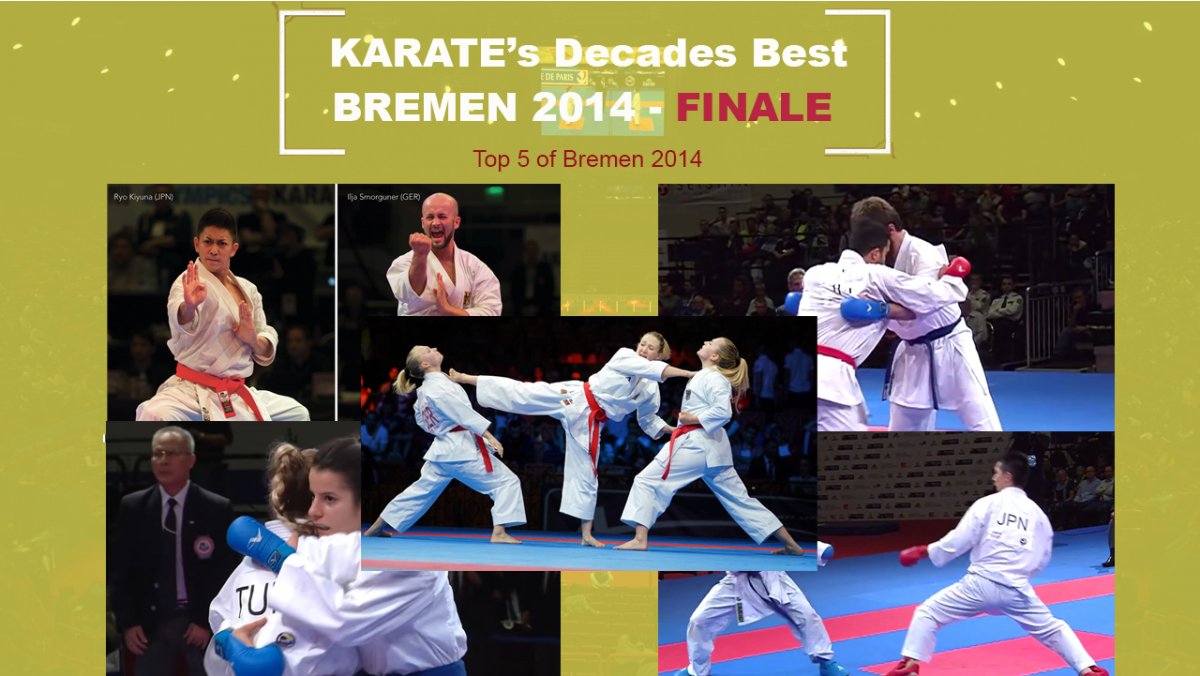 The last episode of Karate’s Decades Best is not to be missed by true Karate fans.

The last episode of Karate’s Decades Best is not to be missed by true Karate fans. The Top 5 Moments of the 2014 World Championships in Bremen is coming to the WKF YouTube channel on Thursday, May 13th.

The third series of Karate’s Decades Best has reviewed the most memorable bouts of the 2014 World Championships. After six episodes, the series concludes with the five most spectacular actions of Bremen 2014.

From the hard-fought final of Male Kumite +84kg featuring Enes Erkan of Turkey vs Sajad Ganjzadeh of Iran to the heart-wrenching victory of Ryuichi Tani of Japan in Male Kumite -75kg to the outstanding kata demonstration by Ryo Kiyuna of Japan, and much more, all of these great Karate moments are included in the Bremen 2014 TOP 5.

Make sure to watch the Top 5 on Thursday, May 13th on the WKF YouTube channel, and let us know which one is your favourite.