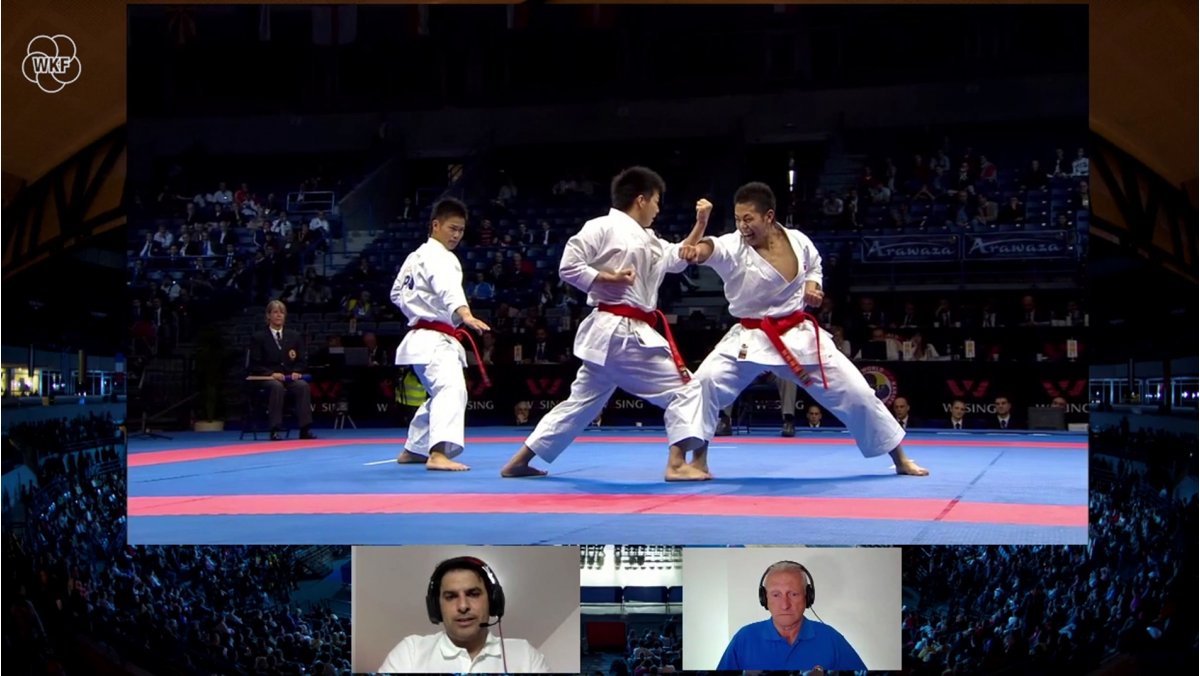 With commentaries of Karate icon Luca Valdesi and WKF TV commentator Billy Brennan, the first chapter of “The Decades Best” relives the memorable final of Male Team Kata of Belgrade 2010 featuring the legendary teams of Japan and Italy.

“The final against Japan was very important for us. We were the defending World champions, and we wanted to confirm our top position (on Karate’s elite),” said Luca Valdesi during the broadcast.

The sensational “Bunkai” of the Japanese team, the perfect synchronisation of the Italian team, and the thrilling outcome of the bout make this final one of the highlights of the last editions of the Karate World Championships.

“Your signature kata in both team and individual was ‘Gankaku’, a very difficult kata to perform. How do you feel about your choice of Kata?” asks Billy Brennan during the broadcast.

“We wanted to win the World Championships. We chose ‘Gankaku’ because we knew that it was a very difficult and very spectacular kata. We wanted to give a great impression to the public and to the referees,” answers Valdesi.

The 2010 edition of the Karate World Championships was simply unforgettable. The Beogradska Arena sports hall in Belgrade was full during the whole tournament, with energetic fans cheering every Ippon and every kata. Over 15.000 spectators gathered to watch the final day of competition.

Memorable for many reasons, the 2010 World Championships went down in history as the first edition of Karate’s biggest event which was fully produced for TV by the WKF. Images of the event were distributed among many TV networks around the world and a worldwide viewing audience joined to watch the impressive performances on the tatamis.