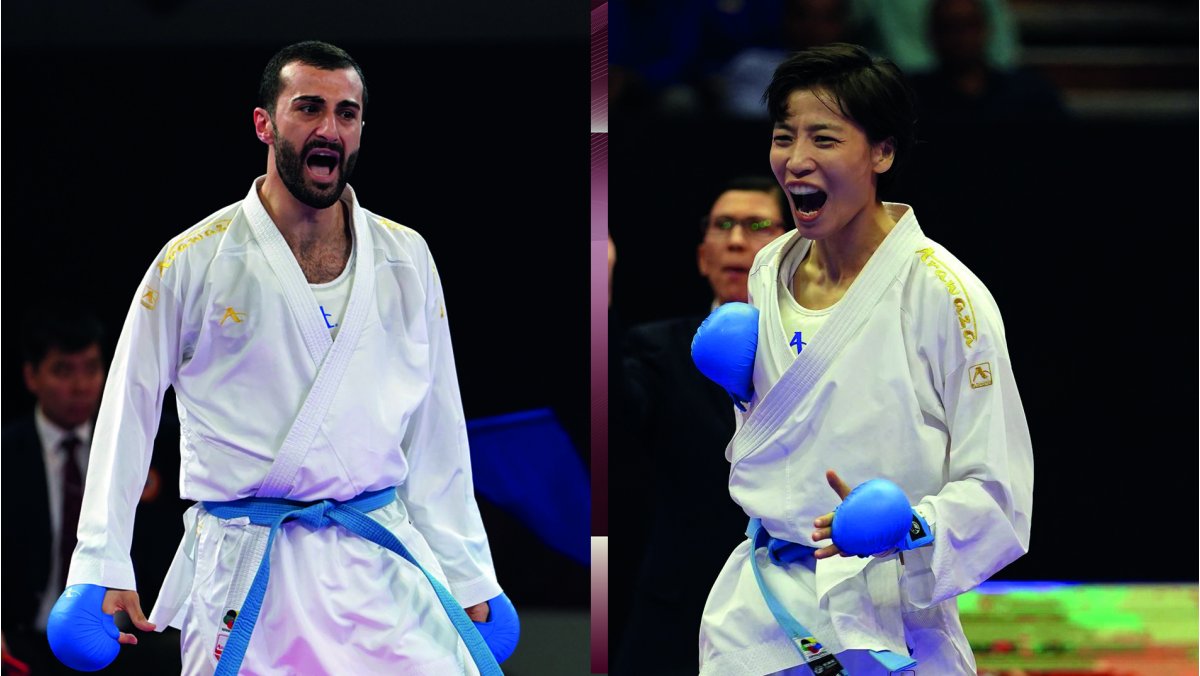 FAVOURITES ON TOP IN MALE KATA

Front-runners have taken a step forward in Male Kata as the top competitors of the category have acquired a clear lead in the Olympic standings. Spain’s Damian Quintero has claimed the leadership of the standings after winning three medals in three events this year. The Spanish ace has a clear lead of 997.5 points over second-placed Ryo Kiyuna of Japan.

Kiyuna, who is a three-time world champion and current Grand Winner would take the ticket for the host country. Ali Sofuoglu of Turkey, Antonio Diaz of Venezuela and Mattia Busato of Italy currently claim the remaining qualifying places. 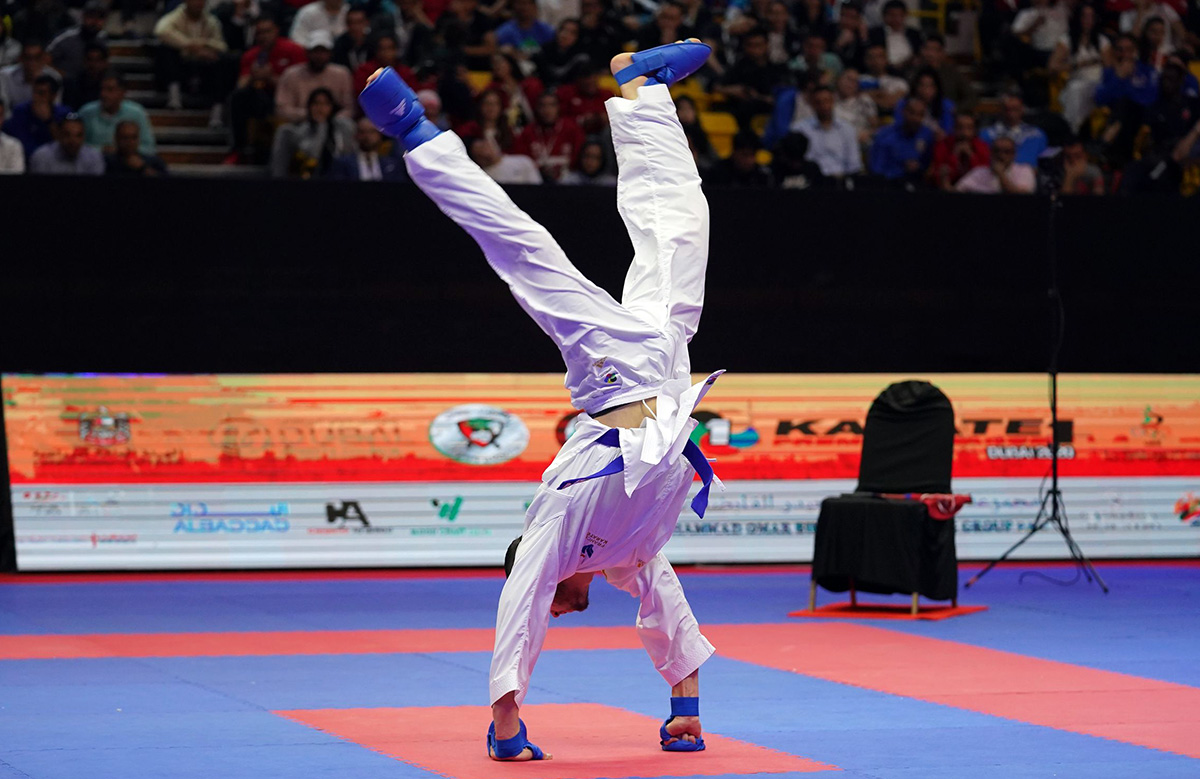 Current Grand Winner Darkhan Assadilov of Kazakhstan has amassed a clear lead of Male Kumite -60kg after claiming medals in all four events this season. World champion and also Grand Winner Steven Dacosta of France is second at 1,447.5 points of the leader while World champion Angelo Crescenzo of Italy is in the third position at only 90 points of the French ace. Vinicius Figueira of Brazil takes the fourth place while Naoto Sago currently claims the host position.

The quest to the Olympic tickets in the category will be thrilling until the end. Eray Samdan of Turkey is in fourth place, hoping to take the second ticket for competitors coming from Male Kumite -60kg and at 937.5 points of his main rival Angelo Crescenzo. Aly Elsawy of Egypt is in a similar situation but coming from Male Kumite -67kg. The current African champion is sixth at only 360 points of Vinicius Figueira.

HEROES OF SPORT ON QUALIFYING POSITIONS IN MALE KUMITE -75KG

One of the most contended categories, the differences in Male Kumite -75kg are so slim that many changes can happen until the closing of the qualifying period. Bahman Asgari Ghoncheh of Iran is the top-ranked athlete with a 1,522.5 point lead over second-placed Luigi Busa of Italy. Five-time World champion and current Grand Winner Rafael Aghayev and Ukraine’s Stanislav Horuna are in qualifying spots as Ken Nishimura is the best-ranked Japanese.

Three competitors are hoping to reduce the differences with the top-ranked karatekas so to take the last qualifying spot. Thomas Scott of the USA is in sixth place at 660 points of Stanislav Horuna while Erman Eltemur of Turkey and Yermek Ainazarov of Kazakhstan are also within the 1000-point difference.

The standings in Male Kumite +76kg has a host of first-class karatekas fighting for the qualifying posts. Turkey’s Ugur Aktas is the strong leader, with a 1,755-point advantage over Sajad Ganjzadeh of Iran who takes the second ticket. Zabiollah Poorshab of Iran is in the second place of the standings at 607.5 points of team-mate Ganjzadeh thus presenting a heart-wrenching friendly duel for the qualifying places.

Jonathan Horne of Germany and Ivan Kvesic of Croatia take the remaining places thus far, while Ryutaro Araga is the first qualified Japanese. 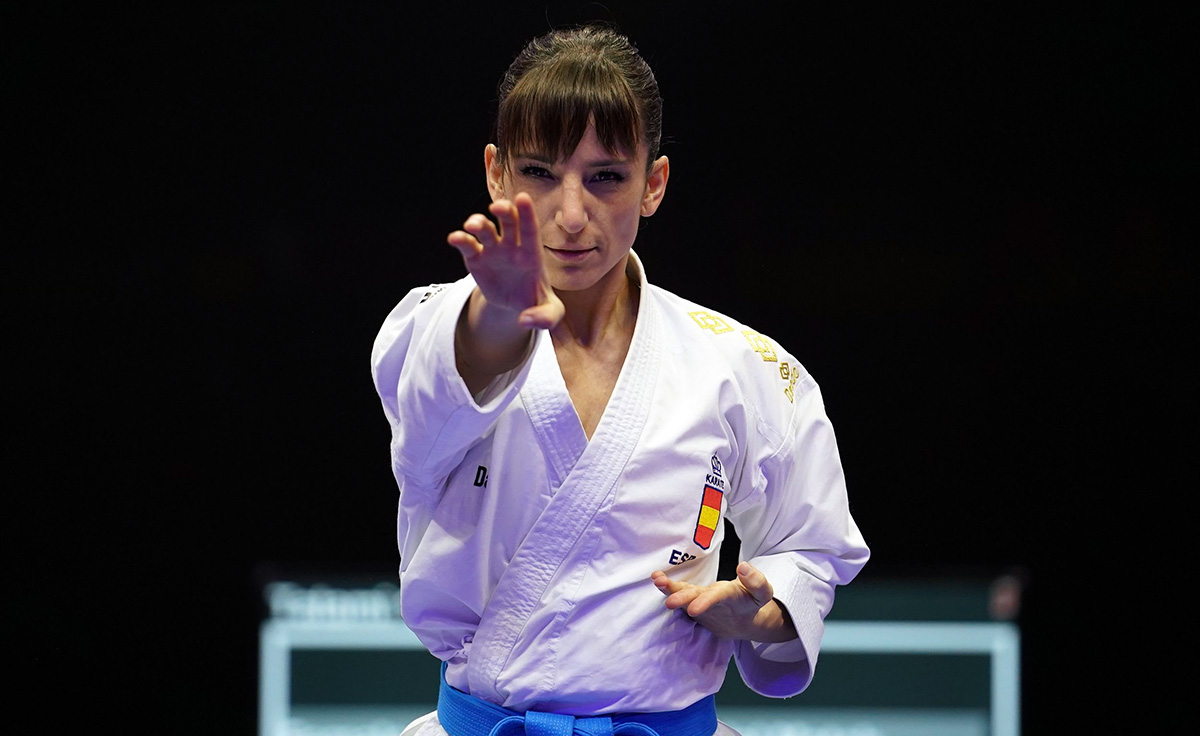 Spain’s Sandra Sanchez continues ruling Female Kata. The current World and European champion, Grand Winner and number one in WKF Ranking extended her prevalence in the Olympic standings after winning all three Karate 1-Premier League events this season. Sanchez has a comfortable lead of 3,240 points over Japan’s Kiyou Shimizu who reaches the second place.

Front-runners of the category take the rest of the qualifying positions. Viviana Bottaro of Italy, Mo Sheung Grace Lau of Hong Kong and Sakura Kokumai of the USA are well-placed in qualifying spots. Dilara Bozan of Turkey is the next in line at 1,440 points of the fifth place.

QUALIFYING SPOTS UP FOR GRABS IN FEMALE KUMITE -55KG

One of the most contested categories, the qualifying spots in Female Kumite -55kg are up for grabs with up to ten athletes involved in the quest to earn the tickets to Tokyo 2020. Serap Ozcelik Arapoglu of Turkey is the strong leader since the current Grand Winner has claimed medals in all four events this season. At 1,830 points, Grand Winner Anzhelika Terliuga is in the second place while Tzu-Yun Wen of Chinese Taipei and Sara Bahmanyar of Iran claim the remaining qualifying spots. World champion Miho Miyahara is the best placed Japanese athlete.

Hoping to storm in the top positions, Jana Messerschmidt of Germany is fifth, at 1,372.5 points of main rival Tzu-Yun Wen. Meanwhile, Bettina Plank of Austria and Ranran Li of China dream of a late surge as they are at 450 points and 967.5 points of the last qualifying spots. Tuba Yakan (TUR), Travat Khaksar (IRI) and Shara Hubrich (GER) are also within the 1000-point range but have a competitor of the same nationality better placed in the standings.

The list of karatekas hoping to win the Olympic ticket in Female Kumite -61kg comprises of some of the biggest names of the division, with a host of first-class competitors in line to jump into the top four positions. Xiaoyan Yin of China is the firm leader with 3,375 point-lead over second-placed Giana Lotfy of Egypt. Merve Coban of Turkey and Jovana Prekovic of Serbia claim the other qualifying spots. Mayumi Someya is the first-ranked Japanese karateka.

At only 345 points of the fourth place, Haya Jumaa of Canada aims at reaching the top positions. Rozita Alipourkeshka of Iran and French competitors Gwendoline Philippe and Leila Hertault complete the host of athletes in the 1000-point range. 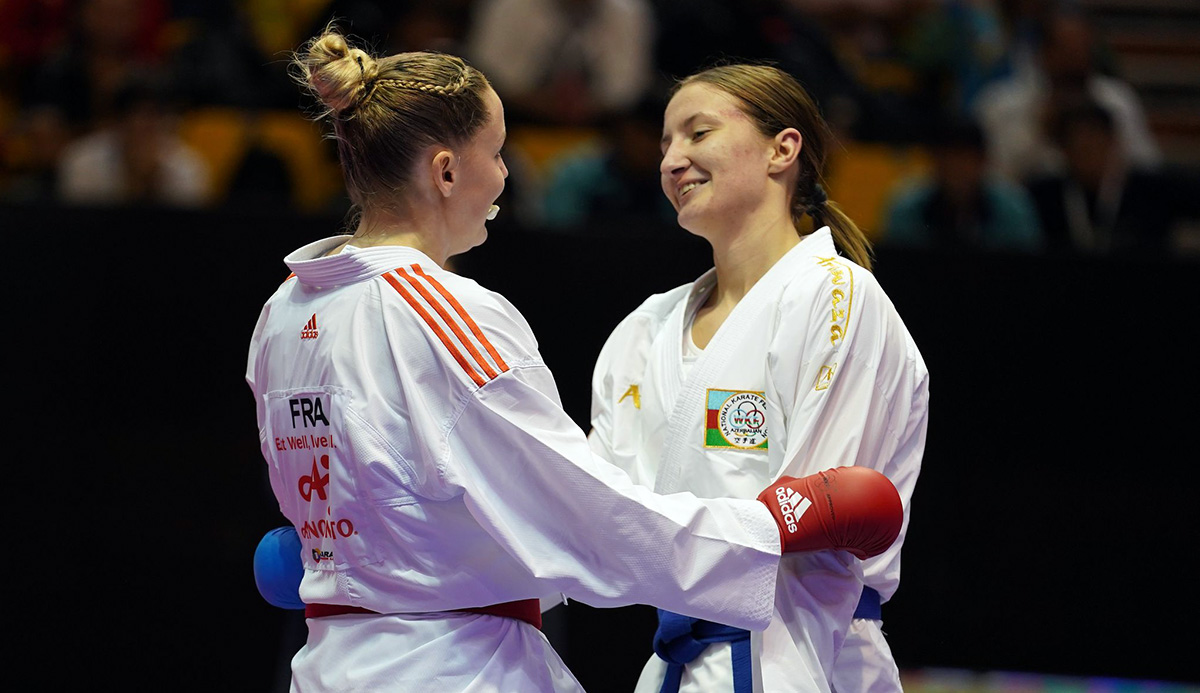 WHO WILL QUALIFY IN FEMALE KUMITE +61KG?

The category with most competitors involved in the quest to the Olympic tickets is Female Kumite +61kg. Irina Zaretska of Azerbaijan takes the number one position while Iran’s Hamideh Abbasali is second at 2,250 points of the leadership. Elena Quirici of Switzerland, third, and Meltem Hocaoglu Akyol of Turkey, eighth are the next competitors in qualifying spots due to the merging of the categories. Ayumi Uekusa of Japan is the best-placed Japanese.

Three competitors coming from Female Kumite -68kg are in fourth and fifth places trying to take one of the spots from this category. Li Gong of China is at a slim 112.5 point-difference from Elena Quirici, Feryal Abdelaziz of Egypt is 450 points and Italy’s Silvia Semeraro is at 795 points.

Meanwhile, Eleni Chatziliadou of Greece, Sofya Berultseva of Kazakhstan and Clio Ferracuti of Italy are within the 1000-point of the last spot allocated to karatekas coming from the category of Female Kumite +68kg.