Five-time The World Games medallist ANTONIO DIAZ: The affection that I have received from the Karate world is more important than all the medals 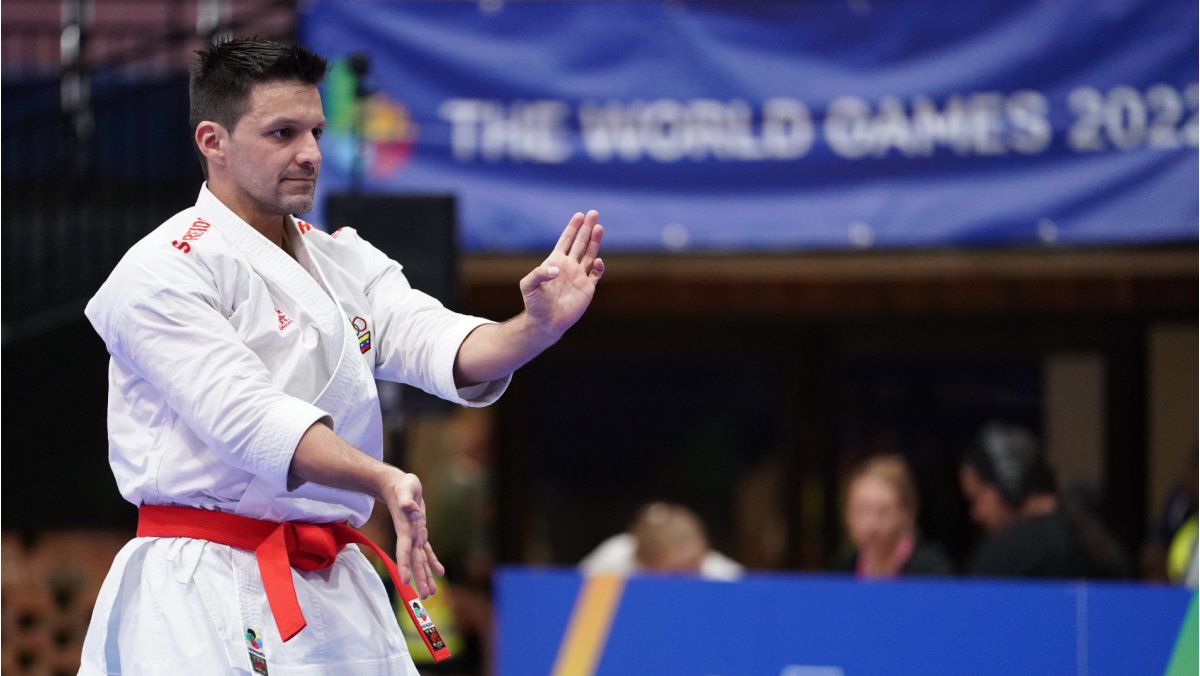 Karate legend Antonio Diaz of Venezuela made history for the sport in Birmingham as he put a golden finishing touch to one of the most successful careers in Karate. Today he confirmed his status as one of the most admired, respected, and venerated athletes in the Karate world with an emotional final participation in The World Games 2022.

“It is such an honour to feel all the affection from my peers that I felt when I arrived here. It gives a tremendous purpose to all that I have done for the sport to know that I can be a reference for others. It is like being home,” said Antonio Diaz who went back to action in Birmingham after signing off his retirement after the Olympic Games in Tokyo.

“Since I received the news of my qualification, I just focused on enjoying it to the fullest and making the most of the opportunity of going back to the tatami. It was even more important for me to do that at such an important event as The World Games,” he adds. 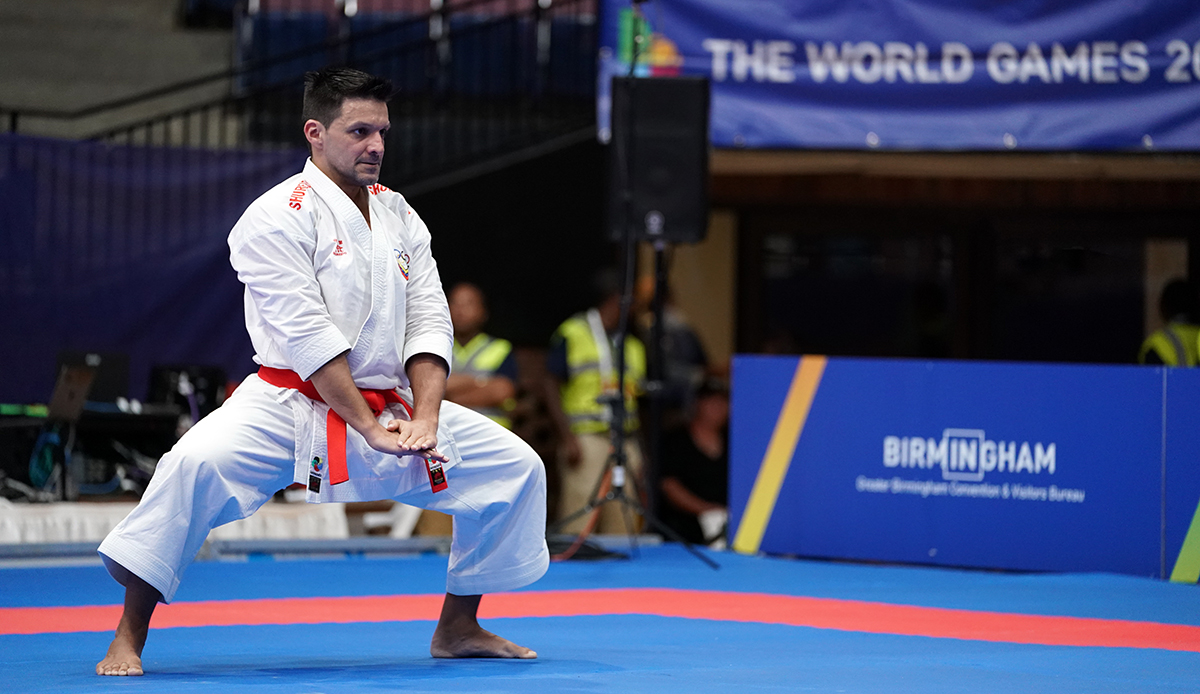 With six appearances at The World Games, Antonio Diaz is a living record-breaking star of the multi-sport event. At the 2022 edition of the tournament, Antonio Diaz finished his participation with two defeats against Damian Quintero of Spain and Mattia Busato of Italy and a win over Yuki Ujihara of Switzerland.

It is the first time in six appearances that Diaz does not go home with a medal. He has claimed awards in all the last five editions, including two golds and three bronze medals.

“The first time that I won the tournament in 2005 was tremendously important for me because I had a great rivalry with Luca Valdesi; in the World Championships, I always lost against him. But in The World Games 2005, I could finally beat him. That was my favourite moment in all my six appearances,” said Diaz who won the titles in 2005 and 2013. 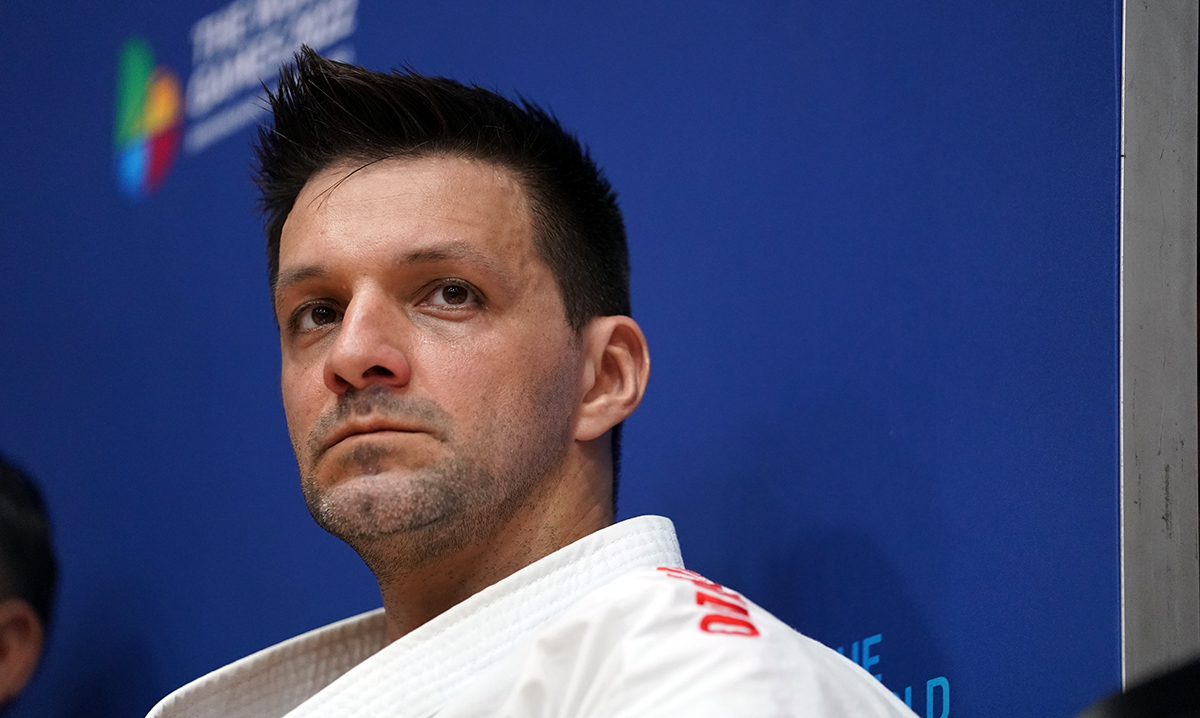 “All the podiums that I reached in The World Games were quite remarkable for me. In the first one, I shared it with legends such as Ryouki Abe and Luca Valdesi, then again with Luca Valdesi, then with Ryo Kiyuna, and with Damian Quintero… I was lucky enough to be with different generations of great personalities in the history of Kata,” Diaz pointed out.

“A PRESENT FOR ME”

“It is amazing to me to go back and reflect on the fact that I have competed in six editions of The World Games. It is even more remarkable considering that it is a four-year event!” he pointed out.

“My first participation was in 2021, I was 21 years old. Now I am 42. When I competed in The World Games, my career was starting, and I had the chance to clash against karatekas that I really admired. In Wroclaw in 2017, I thought that I was competing in the World Games for the last time. To be here is a present for me. “ 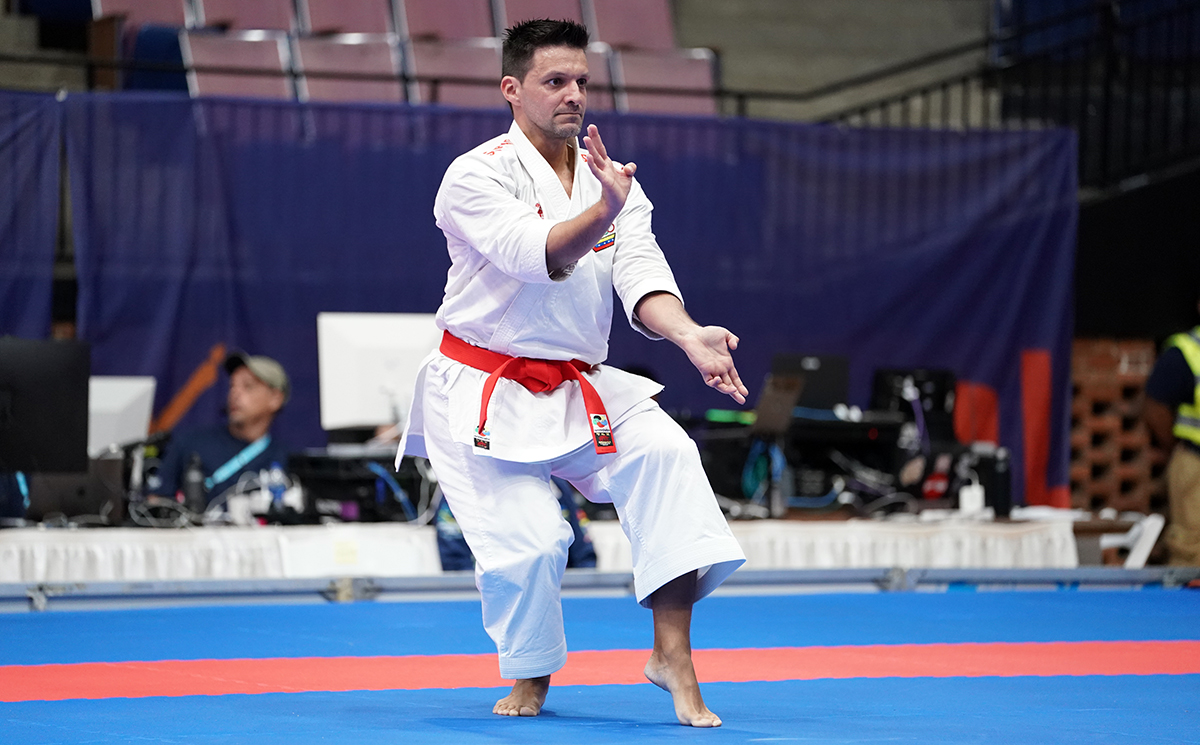 Born in Caracas (Venezuela) 42 years ago, Antonio Diaz is one of the greatest legends of the sport. As a two-time World champion and Guinness record-holder for most medals won in the history of World Championships, Diaz has starred in one of the most successful eras of domination in Kata.

“I have achieved all the accomplishments that I had planned in my career. I still have the dissatisfaction of barely winning the medal at the Olympic Games but for me to be part of the Olympic experience was just fantastic,” he said.

“Regardless of all the medals, the most important for me in all my years in Karate is all the friendship, the affection, and respect that I have received from others. I feel that I have always received great regard and sincere admiration from others, and this is what matters the most to me,” said Diaz who remembers the standing ovation that he received at his last World Championships in Madrid in 2018 as one of the most emotional moments of his career.

“That moment of turning back as I was leaving the tatami and seeing the full crowd standing up is more important to me than all the medals,” he said.

“As a member of the WKF Athletes’ Commission and the WKF Rules Commission, I will do my best to continue working to adapt karate to the times and to further continue with the evolution of the sport. Also, who knows, hopefully, to see Karate at the Olympic Games again,” he adds.