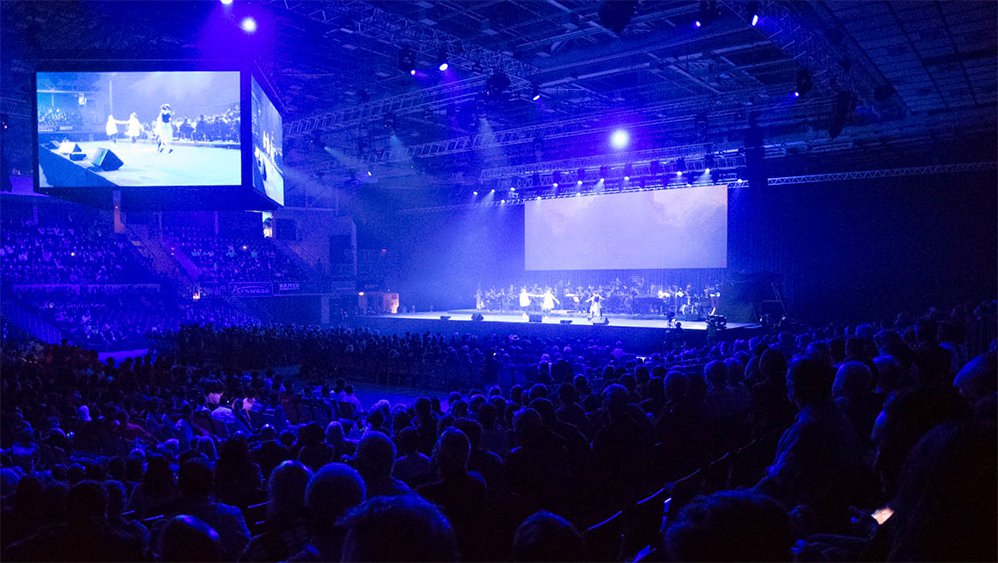 The Opening Ceremony of the 2016 Karate World Championships was staged in spectacular fashion at the Tips Arena sports hall in Linz (Austria) with a spectacular celebration of arts and Karate values.

The Opening Ceremony of the 2016 Karate World Championships was staged in spectacular fashion at the Tips Arena sports hall in Linz (Austria) with a spectacular celebration of arts and Karate values.

In front of a record-breaking number of 1024 registered athletes from 118 countries, the 2016 edition of the Karate World Championships was officially declared open by WKF President Antonio Espinós.

The Opening Ceremony – a visual combination of dance, music and performing arts, all under the spell of the music of a live orchestra was aimed at showcasing Karate’s impressive values in a “trip through the world an Austria” entitled “Greeting the world”.

The traditional parade of flags opened the event, as delegations of the 118 countries showed the pride of representing their nations in the biggest Karate competition. A dancing and musical performance to highlight the virtues of the region where this event is taking place followed, while Austrian tradition found their space in the representation later.

One of the most memorable moments of the ceremony was the performance of local singer George Nußbaumer, who mesmerised the audience with his phenomenal voice in a series of musical numbers.  The combination of Karate and dance continued as karatekas doing Katas were mixed with classical dancers.

Lastly, the time for speeches followed with the President of the Austrian Karate Federation, Georg Russbacher thanking all presents for the participation in the event. WKF President Antonio Espinós pointed out the importance of the anticipated event being the first World Championships after the decision to include Karate in the Olympic programme of Tokyo 2020 and appreciated the organisers’ work to prepare a historic event. Then, WKF President officially opened the 2016 edition of the Karate World Championships.

The ceremony was wrapped up by the world premiere of the song “We are Karate”, composed and performed by Andie Gabauer.  With the chorus “We are Karate!” the ceremony came to an end, thus presenting the thrilling competition to start on Wednesday at 9.00 hours.