The art of the comeback: Daniel Gaysinsky rises above injury to reach Olympic summit 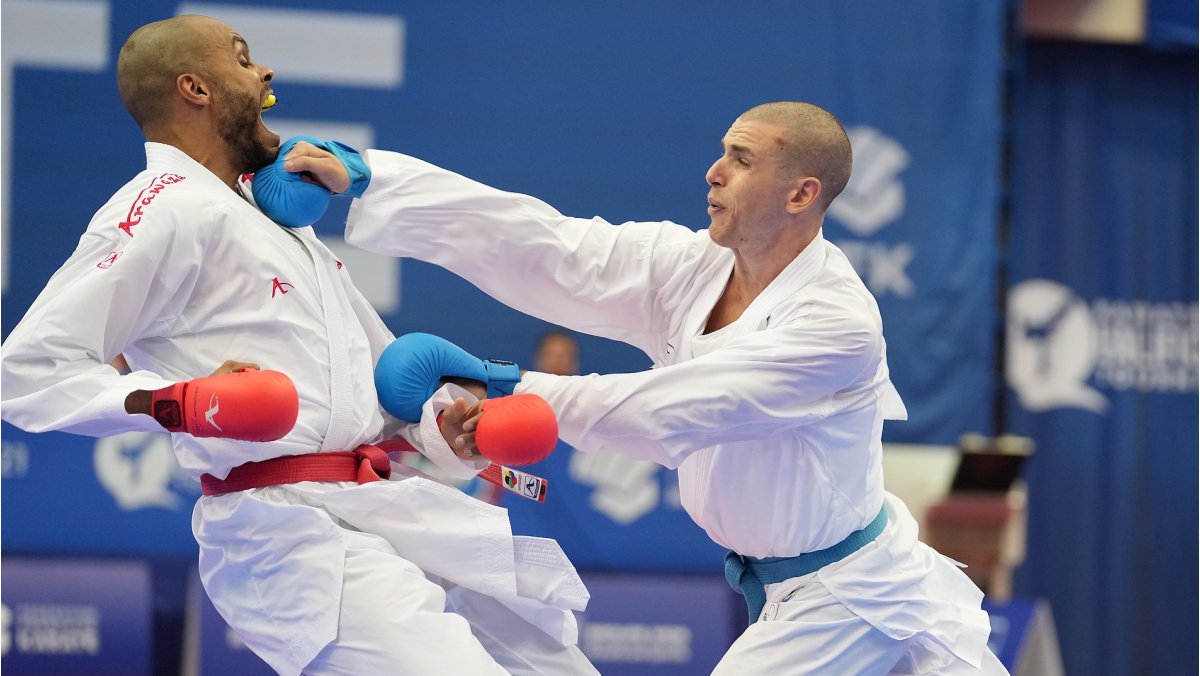 Canada's Daniel Gaysinsky will be gunning for gold in the Japanese capital.

After qualifying for the Olympic Games Tokyo 2020 in the most dramatic fashion, Canada's Daniel Gaysinsky will be gunning for gold in the Japanese capital.

At the Paris qualifier last month, Gaysinsky’s Olympic dream was in tatters when he was penalised for stepping off the tatami in his final bout against Tyron-Darnell Lardy of the Netherlands with the match tied 3-3 and just three seconds to go.

But a successful protest led to the last three seconds being repeated, allowing Gaysinsky to regain Senshu and book his ticket to Tokyo to compete in the male +75kg Kumite event.

“I knew I didn’t step out of the ring, so I knew the protest was going to happen. I was ready to just finish the fight and able to score a head kick in the end. That was the best way to finish it off,” he says.

“It was so surreal … everything that you have ever worked for in one moment. I am so focused on the Games right now and getting gold.”

“A TESTAMENT OF WHAT NOT GIVING UP MEANS”

Asked what it means to be competing at the Olympic Games, he pays tribute to the friends and coaches who have helped him achieve his dream. “You have to trust and believe in them and ask for help and they will get you there. It’s also hard work; it’s a testament of what not giving up means.

“I had many opportunities where I could just have given up and said ‘this is done’ and pursue something else in my life. But I always believed that I could be in the Olympics. It’s nice to actually live in this reality.”

The 26-year-old believes he has a good chance of toppling his rivals to claim the Olympic crown. “I proved myself in the qualifier. I am going to use that momentum and bring it to Tokyo. I am excited to show up and give my best. 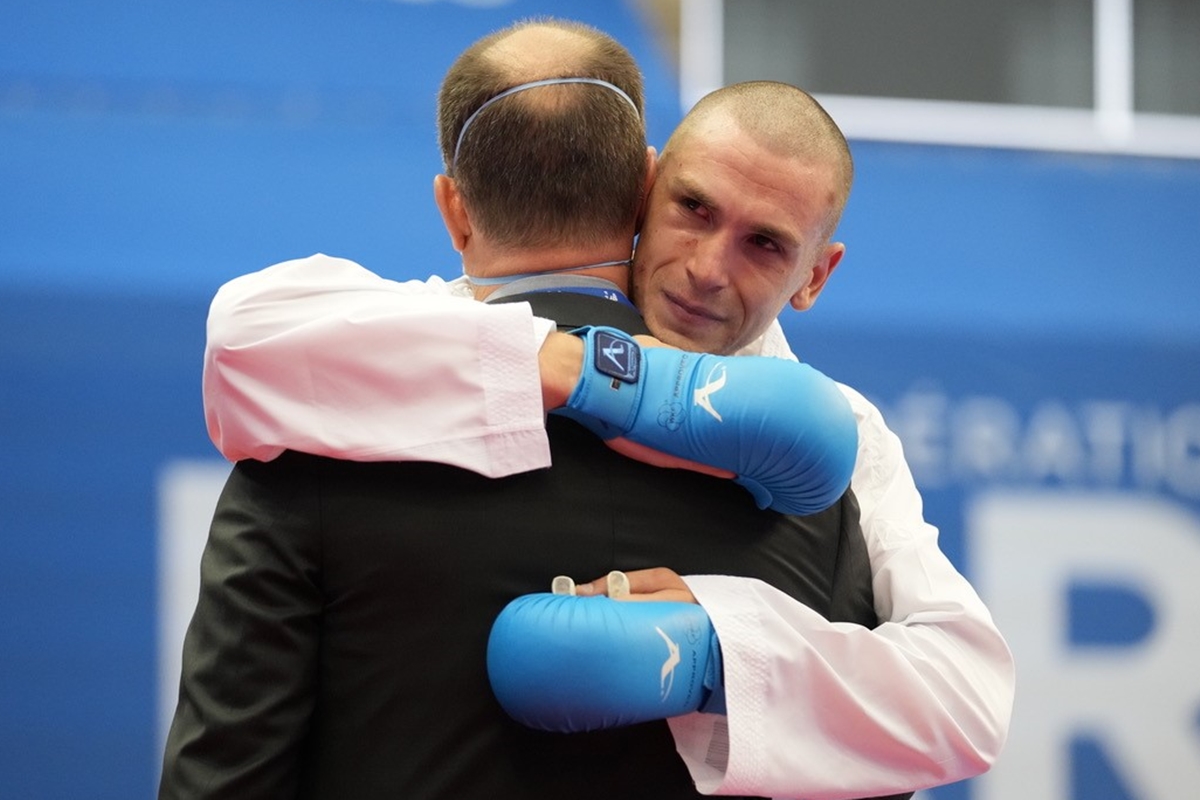 “Everyone is capable of getting the gold medal. It is who is going to be the best on that day. Hopefully that will be me.”

Gaysinsky will be the only Canadian taking part in Karate’s debut Olympics.

“I’m very proud to be representing Canada. My parents moved from the Soviet Union to Canada for us to a have a good life and for me to pursue my dreams and I’ve been able to do that. I’m so thankful,” he

It’s been a rocky ride to compete on the world’s greatest sporting stage. Only a few years ago, Gaysinsky considered quitting the sport after tearing the meniscus and ACL in his knee before the 2015 Pan Am Games. The injury put him out of competition for two years.

“We are all human and those thoughts go through your mind,” he recalls.

Three surgeries were required. But he tried to rush back too fast to get his Karate career back on track: “It was difficult. There was definitely a moment where we had a decision to make of whether to retire or continue.”

But with talk of Karate getting into the Olympics – the IOC approved its inclusion in 2016 – Gaysinsky was inspired to return stronger.

“As a kid you see the stars on TV in the Olympics and think ‘wow that’s such a feat, it’s impossible to get there’,” he says. “I really felt that it was possible, I just had to commit myself to it. Although it was a big mountain to climb, it was one worth doing.

“You know, we have one life, so I was going to go big. I believed in myself and my coaches.”

“I knew at the time I had the calibre of competing with the best in the world. I decided to sacrifice everything and commit to Karate full-time, focus on the recovery, rehabilitate.” 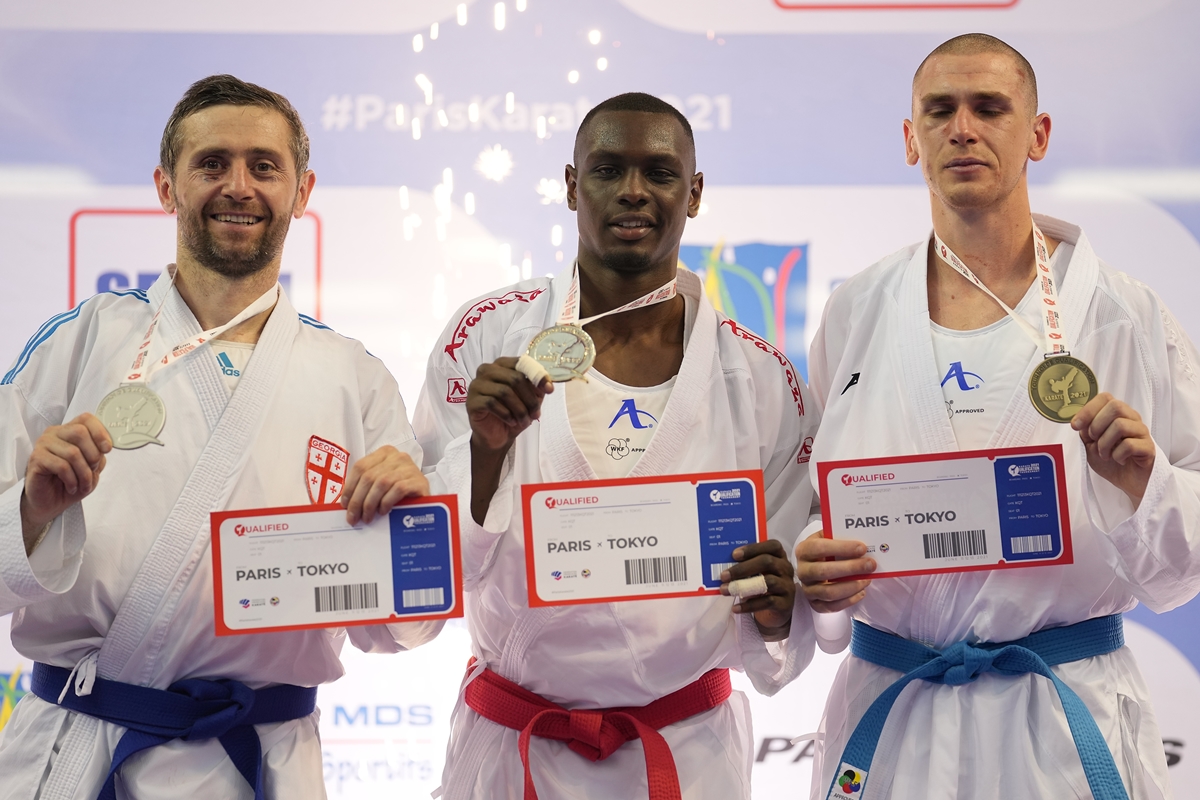 His resilience and focus spurred an amazing comeback. Gaysinsky moved up to heavyweight and was back competing in 2017, winning gold at the Pan Am Championships and claiming two Karate 1 Premier League podiums. A silver medal at the Pan Am Games in 2019 sealed his place among the world’s leading karatekas.

Gaysinsky and his girlfriend Melissa Bratic, who also competes for the Canadian national Karate team, took matters into their own hands. They created a home gym with a three-by-three meter tatami in the basement of their apartment to maintain fitness and training levels.

Karate’s values clearly motivated him through a challenging 18 months, not least the never-give-up attitude of a karateka. “You use that not just in Karate but in your whole life. You are going to have ups and downs, but if you want to pursue something keep trying and eventually it will happen.”

Now Gaysinsky can’t wait for Karate to set the Olympics alight. “I’m so excited for the whole world to see. I honestly believe that our sport, the speed and the tactics, are unmatched compared to any other. I hope everyone gets there in the best shape possible so we can put on a show for everybody.”