Surprising results in morning session of day 2 of European Games 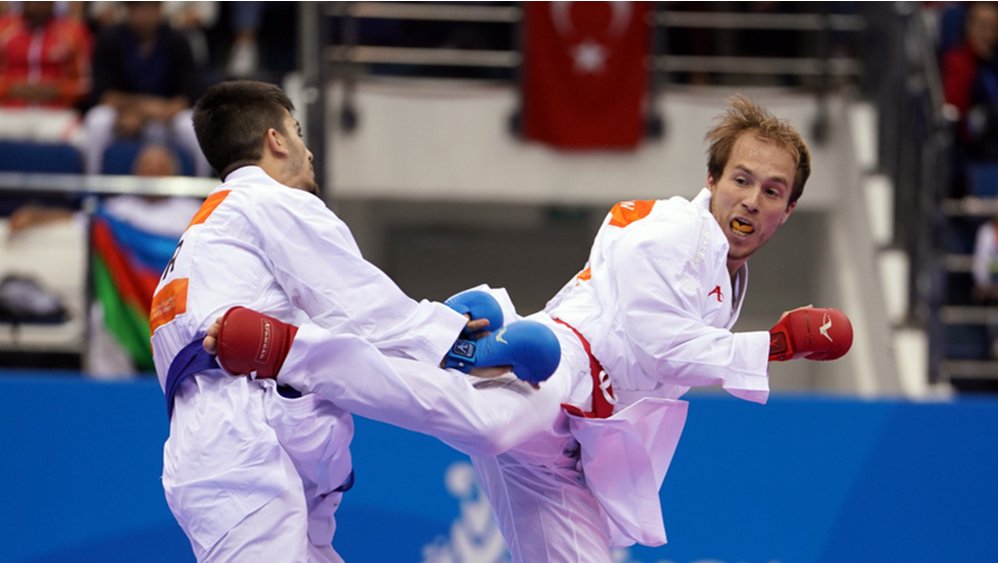 The second day of Karate action at the 2019 European Games started in Minsk (Belarus) with new names getting all the attention of the competition. After the spectacular first day of the tournament, the European Karate stars went back to action in a morning session filled with thrilling Karate moments.

The second day of Karate action at the 2019 European Games started in Minsk (Belarus) with new names getting all the attention of the competition. After the spectacular first day of the tournament, the European Karate stars went back to action in a morning session filled with thrilling Karate moments.

The first of the categories at stake today was determined by the qualification to semi-finals of Mariya Koulinkovitch. The local hopeful took the flag of the organising ry to the semi-finals in Female Kumite -50kg and secured the first medal for Belarus in the event. The pool was topped by Serap Ozcelik of Turkey who continues demonstrating fantastic level this season. The current WKF World ranking leader finished the morning with two wins and one defeat. The other two spots in semi-finals in the category were claimed by Bettina Plank of Austria and Sophia Bouderbane of France. The Austrian karateka who is the current European Championships runner-up ended with two wins and one draw while continental title-holder Bouderbane registered two wins and one defeat. 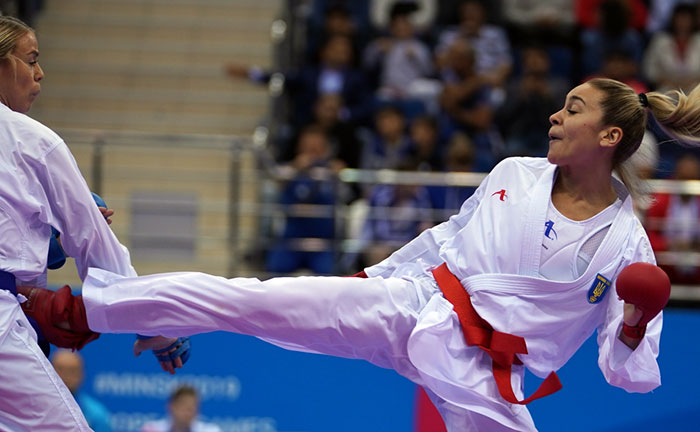 In Female Kumite -55kg, Ivet Goranova of Bulgaria surprised favourites and topped pool B with three victories in three matches. The three other spots in semi-finals were claimed by the front-runners of the category.  WKF World ranking leader Anzhelika Terliuga of Ukraine made it to semi-finals as second-best in group B with two victories and one defeat while the leader of the pool A was World Championships runner-up Jana Bitsch of Germany with one win and two draws. Jennifer Warling of Luxembourg who is current European champion took the second spot in the pool also with one win and two draws.

World champion Angelo Crescenzo of Italy used his title-holder status to reach semi-finals in Male Kumite -61kg in the second place of pool B, behind Firdovsi Farzaliyev of Azerbaijan who had two wins and one draw today. Kalvin Kalnis of Latvia dominated pool A with three victories while Evgeny Plakhtin of Russia surprised with two victories and one defeat. 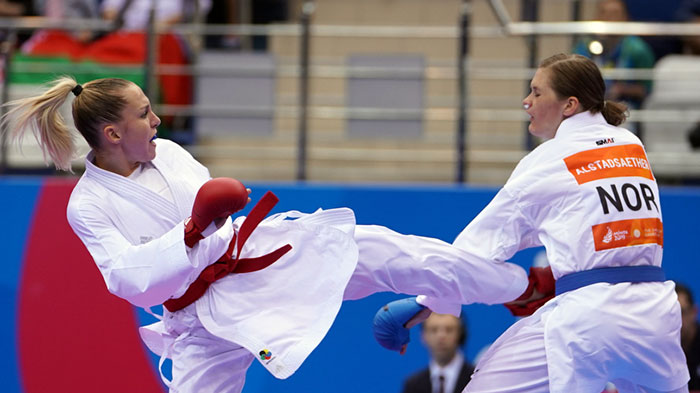 Karatekas on top form reached the qualification to semi-finals in Female Kumite -61kg. Gwendoline Philippe of France earned the first medal for the powerhouse nation of the sport after topping the pool B with two wins and one draw, followed by Ukraine?s Anita Serogina with similar results. In the other pool, second-placed in WKF World ranking Merve Coban of Turkey finished first as Tjasa Ristic of Slovenia claimed the second place.

Hosts of Belarus had plenty to celebrate in Male Kumite -67kg since local hero Artsiom Krautsou dominated pool A and will fight for the final of the category. Hungary?s Yves Martial Tadissi took the second spot as Luca Maresca of Italy and Mario Hozdic of Montenegro also earned their tickets to the semi-finals.

Stanislav Horuna of Ukraine used his favourite status to qualify for the semi-finals of Male Kumite -75kg. The Ukrainian star finished the pool round with two wins and one defeat. Pavel Artamonov of Estonia surprised in the pool by earning the ticket to the semi-finals with one win, one draw, and one defeat. The category will see a clash of titans in semi-finals since five-time World champion and defending title-holder Rafael Aghayev of Azerbaijan also qualified for the medals. The renowned karatekas finished with two wins and one draw, followed in the pool by Gabor Haspataki of Hungary who had one win and two draws.

The finals are scheduled from 16:36 to 18:12 local times. Check your local TV listing to watch the event LIVE: 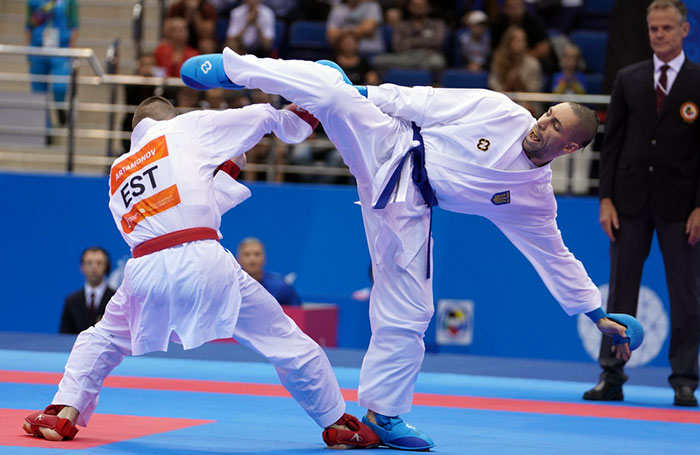