The second day of action at the 2019 PKF Pan American Karate Championships was determined by the many surprises in most of the categories at stake. Only Brazil’s Douglas Brose managed to use the favourite status in his favour to reach the finals of the tournament.

The second day of action at the 2019 PKF Pan American Karate Championships was filled with surprises in most of the categories at stake. Only Brazil’s Douglas Brose managed to use the favourite status in his favour to reach the finals of the tournament.

Douglas Brose went back to winning ways and prevailed in Male Kumite -60kg. The two-time World champion who had not made it to the final stages of international competitions since his gold medal in the 2018 Karate 1-Series A Guadalajara qualified to fight for his sixth continental title. Brose had taken the continental crown for the last time in 2017 and dominated the pool with 19-6 in four bouts including a 3-0 victory in semi-finals over Mexico’s Arturo Estrada. Brose will clash for gold against Maximiliano Larrosa of Uruguay. The current continental silver medallists qualified for his second consecutive final after edging Jesus Gerardo Herrera of Mexico in semi-finals.

The rest of the favourites struggled in day 2 of #KaratePanama2019 and surprises took over the competition. In Female Kumite -50kg, Ana Villanueva Fabian of the Dominican Republic returned to the final of the event after being absent last year and after taking gold in 2017. The 37-year-old karateka produced an impressive performance and reached the title-deciding bout after achieving an outstanding 9-1 victory in semi-finals over Nicaragua’s Ana Mendez. The Dominican karateka will fight for gold against Venezuela’s Aurimer Campos. The 26-year-old athlete from Venezuela aims at her first gold medal in the event since the Venezuelan athlete has taken silver in 2017 and 2015. 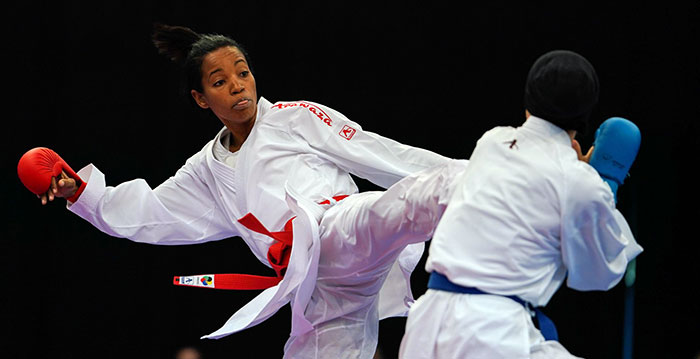 Karatekas who have been out of the top of the podium in the last editions also prevailed in Female Kumite -55kg. Current bronze medallist Kathryn Campbell of Canada made it to her second continental final after claiming silver in 2015 and achieved a 3-2 victory in semi-finals over favourite Valeria Kumizaki of Brazil. Meanwhile, Peru’s Alessandra Vindrola also surprised and qualified for her second continental final as she took silver in 2016. The 25-year-old karateka edged Baurelys de la Caridad Torres of Cuba in semi-finals.

Two competitors who had never made it to the finals of the continental event qualified to fight for gold in Male Kumite -67kg. Camilo Velozo of Chile who is the current World Championships bronze medallist reached the title-deciding bout after beating Cuba’s Maikel Alejandro Noriega in semi-finals 3-1. Guillermo Ramirez of Colombia also cruised to his first continental final after defeating Gonzalo Navarro of Argentina in semi-finals 5-3. 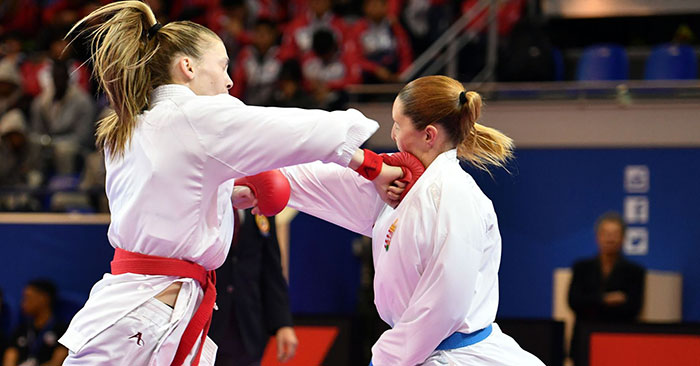