Surprises take over Day 2 of #Karate1Fujairah 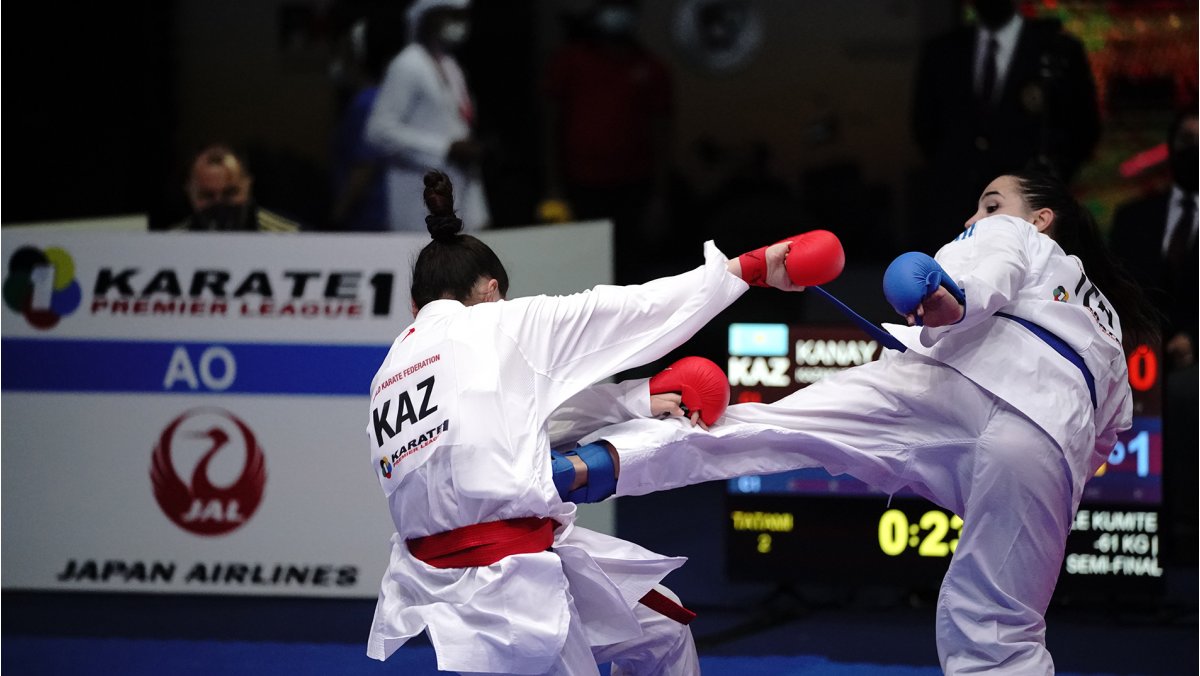 The second day of action at the 2022 Karate 1-Premier League Fujairah was surprising as new names took over the competition.

One of the highlights of the final day will be the title-deciding bout in Female Kumite -68kg. Olympians Silvia Semeraro of Italy and Irina Zaretska of Azerbaijan will fight for gold in a true clash of titans. Semeraro who finished in fifth place in the Olympics edged Olympic champion Feryal Abdelaziz of Egypt in the semi-finals 1-1. Meanwhile, Zaretska who is the Olympic Games silver medallist and current World champion defeated Halyna Melnyk of Ukraine 4-1.

Olympian Anita Serogina of Ukraine demonstrated to continue on top form as she qualified for the final of Female Kumite -61kg, her fourth consecutive title-deciding bout in major events. The current World Championships runner-up beat Anna Rodina of Russia 2-1 and will clash for gold against Alessandra Mangiacapra of Italy. It will be the first Karate 1-Premier League final for the 22-year-old karateka who defeated Kazakhstan’s Assel Kanay in the semi-finals 3-0. 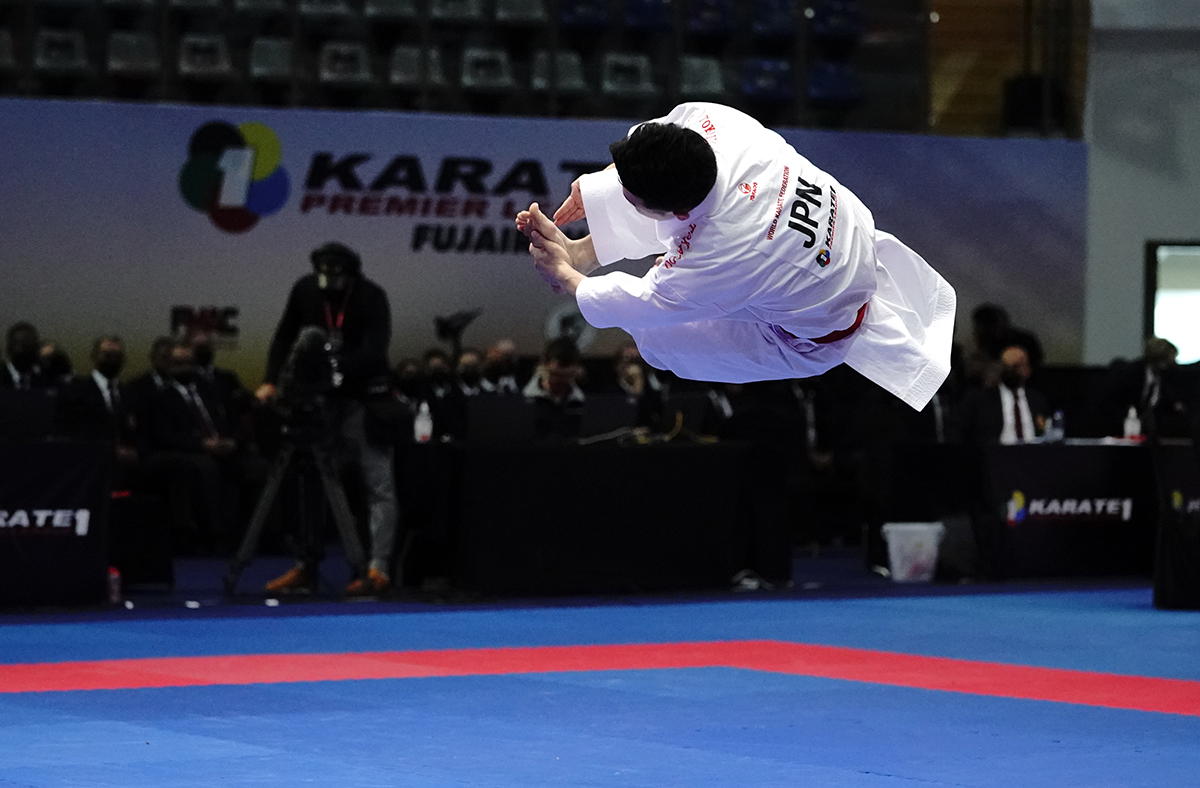 Young promising karatekas were on star mode in Male Kata as the final will have 20-year-old Enes Ozdemir of Turkey and 26-year-old Kazumasa Moto of Japan clashing for gold. Ozdemir beat Roman Heydarov of Azerbaijan in the semi-finals while Moto surprised Gakuji Tozaki of the USA, in a successful day for Shotokan style in Kata. 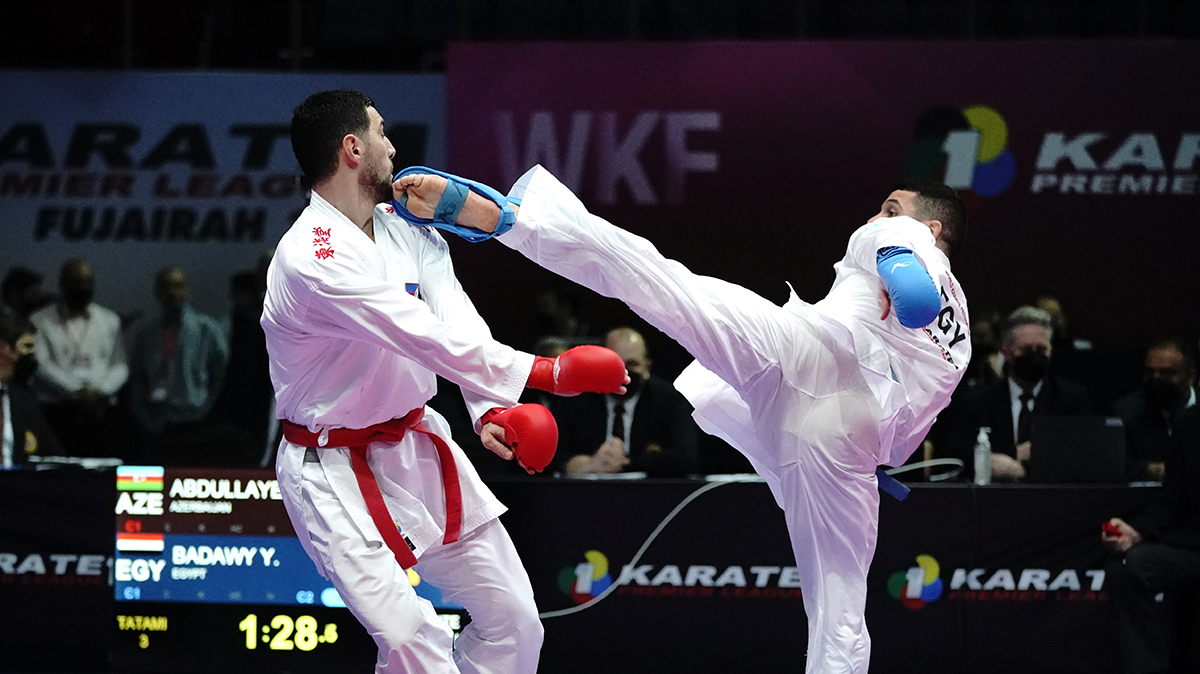 DEMONSTRATION OF STRENGTH OF EGYPTIAN TEAM

The Egyptian delegation showcased tremendous strength as they claimed a complete sweep of the categories Male Kumite -84kg and Male Kumite +84kg.

CLICK HERE to go to the micro-site of Karate 1-Premier League Fujairah.