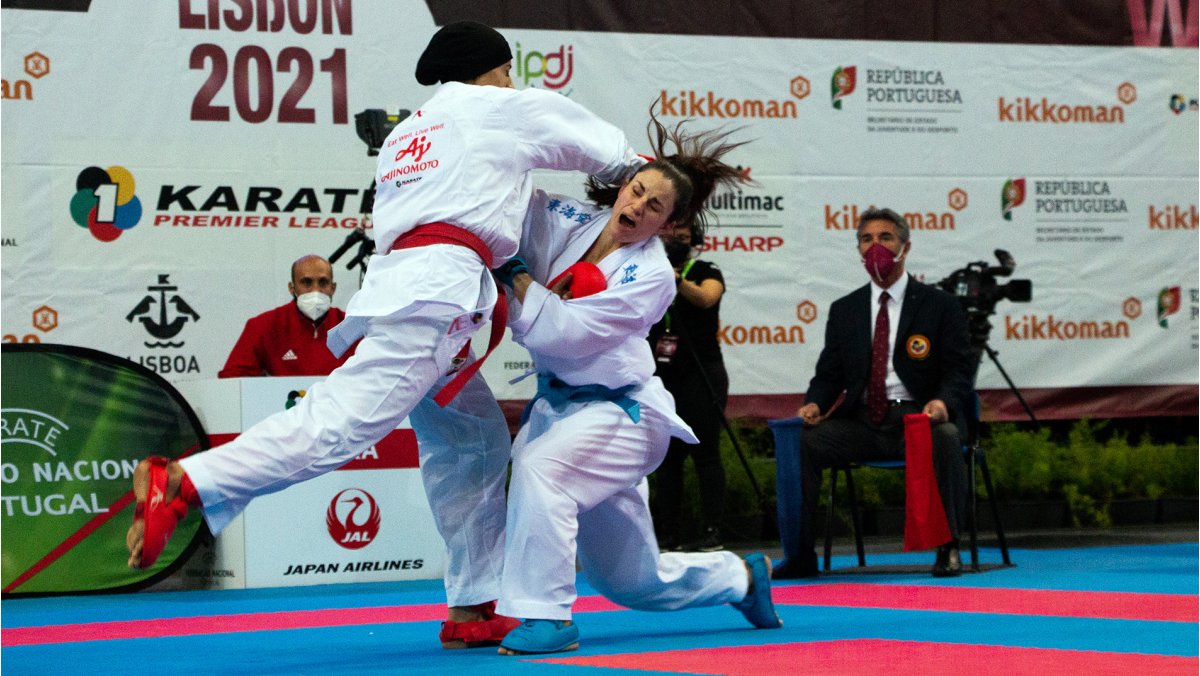 The second day of the competition of the Karate 1-Premier League Lisbon was determined by the many surprises dominating the event today. With front-runners failing to make it to the finals, the quest to the Olympics remains as open as ever.

OLYMPICS ON THE LINE IN FINAL OF FEMALE KUMITE -68KG

Two karatekas in the race to qualify for the Olympic Games will clash for gold in Female Kumite -68kg. Elena Quirici of Switzerland faces Li Gong of China for a spot in the Olympics. While Quirici currently takes third place in the Olympic standings, Li Gong is fourth, at only 112 points of difference. The result of the final will most likely determine the karateka taking the Olympic qualification by standings from the category of -68kg.

In the semi-finals, Elena Quirici made it to the title-deciding bout after beating Feryal Abdelaziz of Egypt by “Hantei” or decision (1-1). Meanwhile, Li Gong claimed a convincing victory over Halyna Melnyk of Ukraine (5-0).

“This is a very special competition for all of us. It is a beautiful event. I hope to win tomorrow and bring a gold medal for Switzerland,” said Elena Quirici. 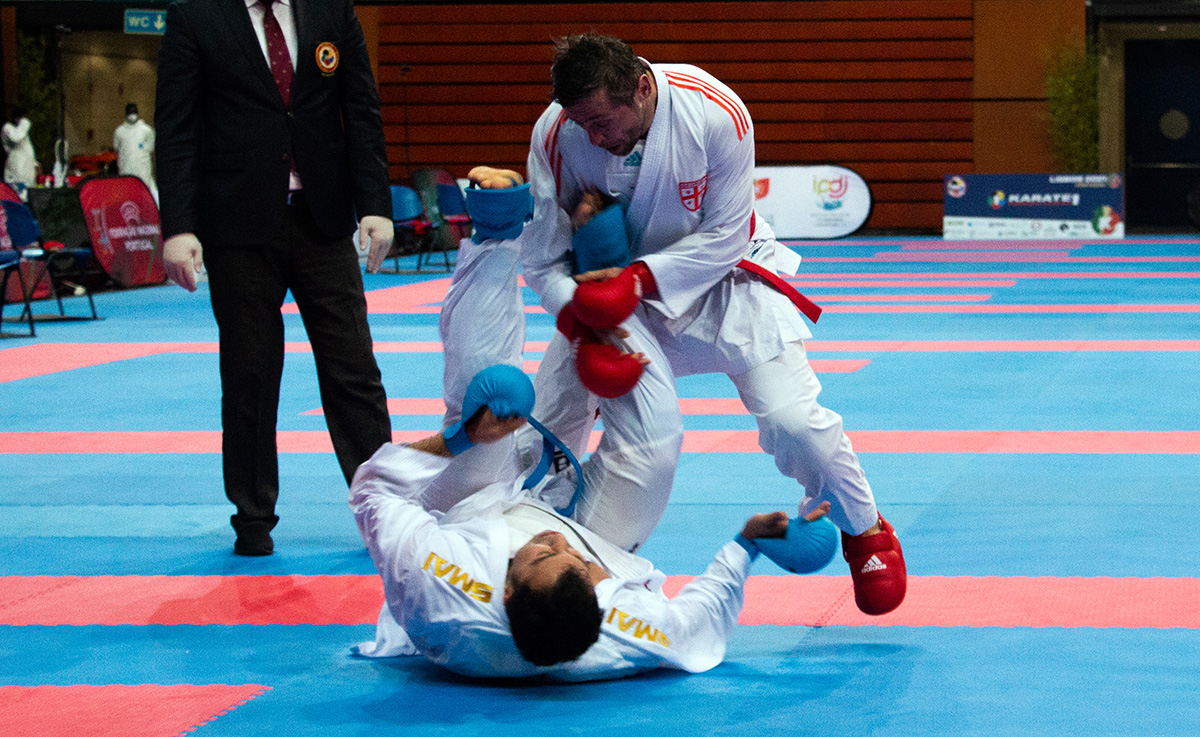 Georgia’s Gogita Arkania became one of the big names of the day as he qualified for the final of Male Kumite +84kg thus shaken up the Olympic standings. The experienced Georgian karateka who will turn 37 tomorrow is in sixth place of the Olympic standings, only at 7.5 points of the fifth position and at 982,5 points of the last-placed athlete of his category in Olympic qualifying positions.

Arkania defeated main rival and Grand Winner Sajad Ganzjadeh of Iran in the semi-finals by “Senshuu” or first unopposed point (3-3).  The other finalist is Asiman Gurbanli of Azerbaijan who edged Jonathan Horne of Germany by a slim 1-0.

“I feel very positive about my performance. I will be 37 tomorrow and it has been a difficult tournament for me,” said Gogita Arkania. “When people ask me about the Olympics, I tell them that it is all I can think of," he adds. 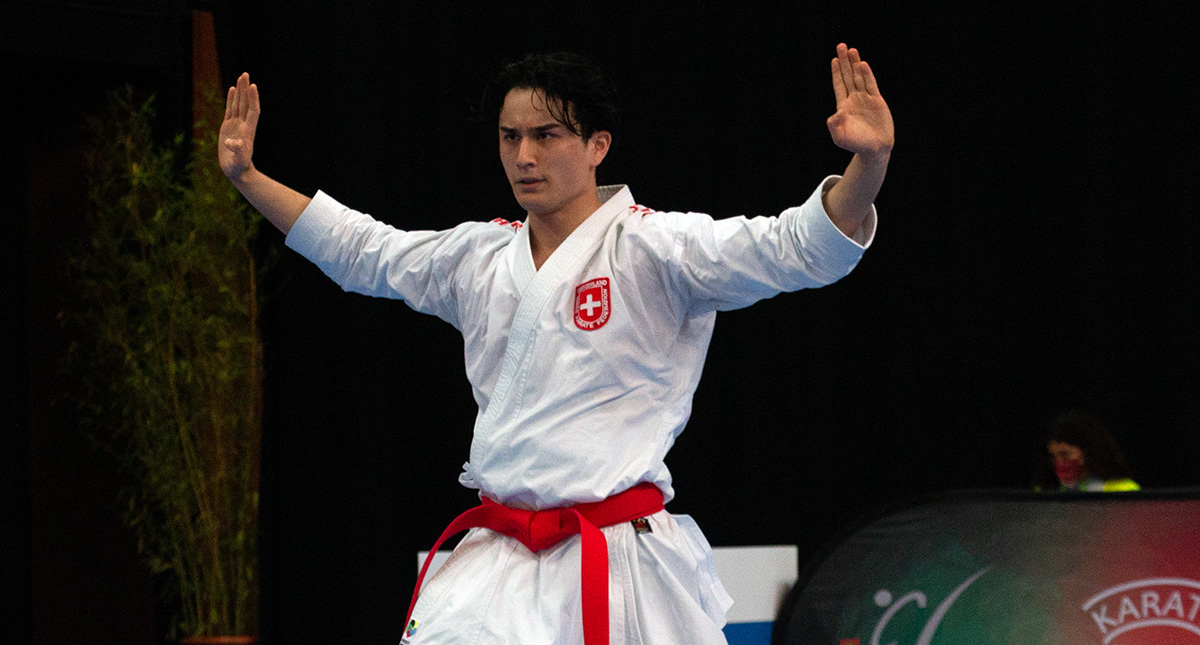 Promising karatekas took over the competition in Male Kata as two up-and-coming athletes produced the biggest upset of the event thus far. Enes Ozdemir of Turkey and Yuki Ujihara of Switzerland were the surprising finalists of the category as they stunned the top favourites.

“It is the first time that I will compete for the medals at the Karate 1-Premier League stage. I still can’t believe it! I will do my best tomorrow and I am very grateful to my family, my coach, my sensei in Japan and those who have helped me so much,” said Yuki Ujihara who has a Japanese background. 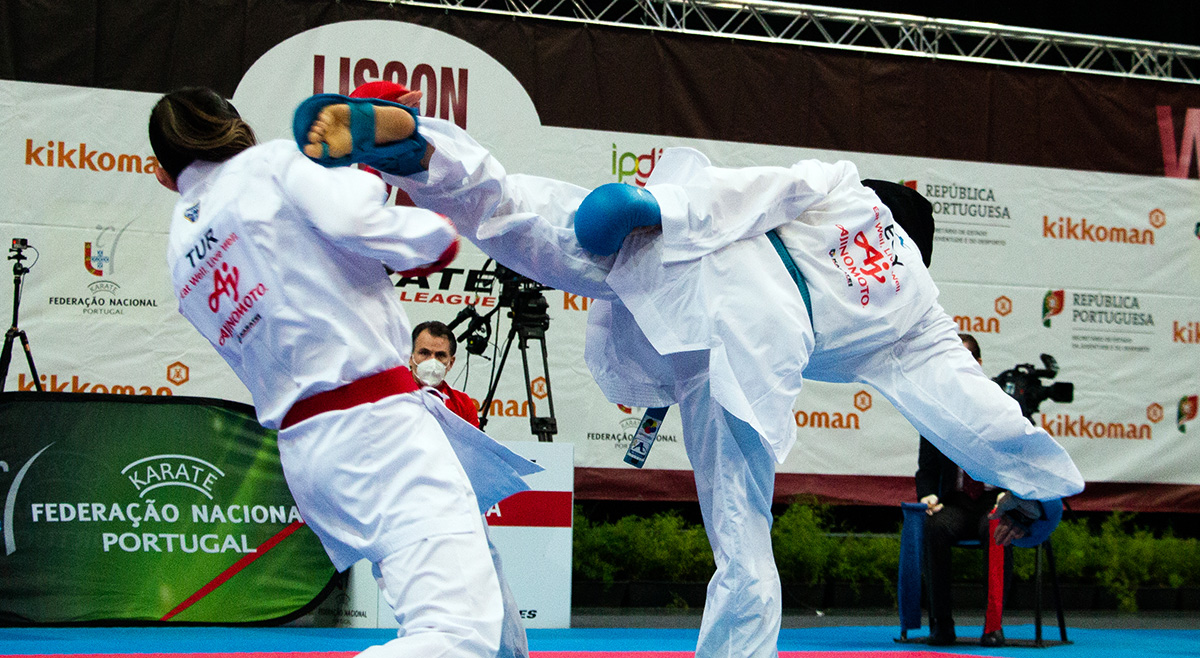 After dominating the competition in Istanbul and claiming the gold medal in the opening event of the year, World champion Jovana Prekovic of Serbia demonstrated sensational form and confirmed her position among the athletes in qualifying spots for the Olympics. Prekovic, who currently is fourth in the Olympic standings produced a sensational 9-1 victory over Leila Heurtault of France in the semi-finals of Female Kumite -61kg.

The quest to the Olympics highlighted the second semi-final. Third-placed in the Olympic standings, Merve Coban clashed against Giana Lotfy of Egypt who is fourth. The triumph went to the Egyptian karateka by a slim 1-0.

“It was a very difficult tournament, but I did my best. I am glad to be here and to have qualified for the final. I did want I had prepared to do, and I hope to give my max tomorrow,” said Jovana Prekovic. 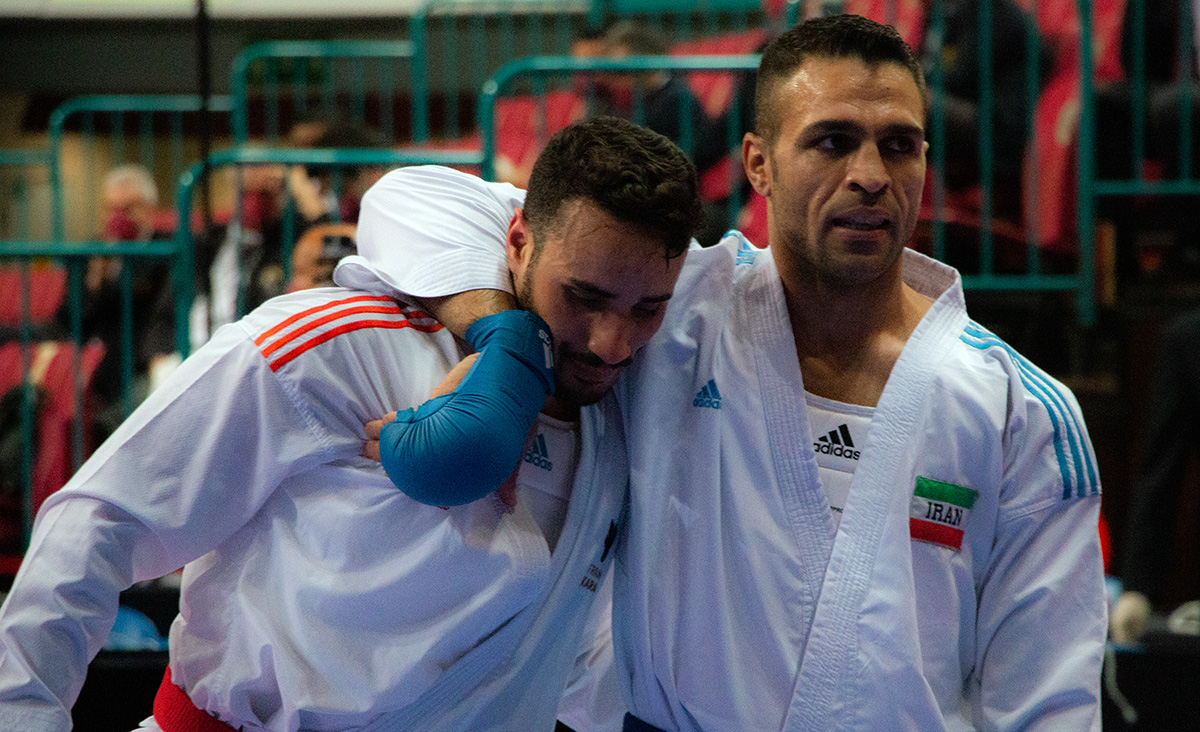 Fresh off his victory in Istanbul, Zabiollah Poorshab of Iran went back to winning ways and made it to the final of Male Kumite -84kg. The Iranian karateka claimed a convincing 5-0 victory over France’s Farouk Abdesselem to qualify for his second consecutive final.

Meanwhile, Ryutaro Araga of Japan also reached the final of the category. The Japanese karateka who currently takes the Olympic spot as the first-ranked representative of the host nation beat Grand Winner Ugur Aktas of Turkey 3-1 in the semi-finals.

Turkey’s Meltem Hocaoglu Akyol reached the final for the second consecutive time after winning silver in Istanbul. This time in Lisbon, the karateka who currently takes one of the Olympic qualifying spots of the category edged Spain’s Laura Palacio 2-1 in the semi-finals. Her victory avoided an all-Spain final as Maria Torres surprised favourites to reach her first-ever Karate 1-Premier League final.

The former U21 World Championships bronze medallists from Spain stunned World champion Eleni Chatziliadou of Greece in the semi-finals by “Senshuu” or first unopposed point (1-1).

“The level of the tournament has been extremely high and it was very difficult to reach this far. I am sure that tomorrow it will be just as hard and I will try to do my best and dedicate this victory to my late grandfather whose birthday should have been tomorrow,” said Maria Torres.

Spain against Italy in Female Team Kata completed the list of finalists. The medal bouts are scheduled for Sunday from 09:00 (local time). The finals are set to start at 15:00 (local time)