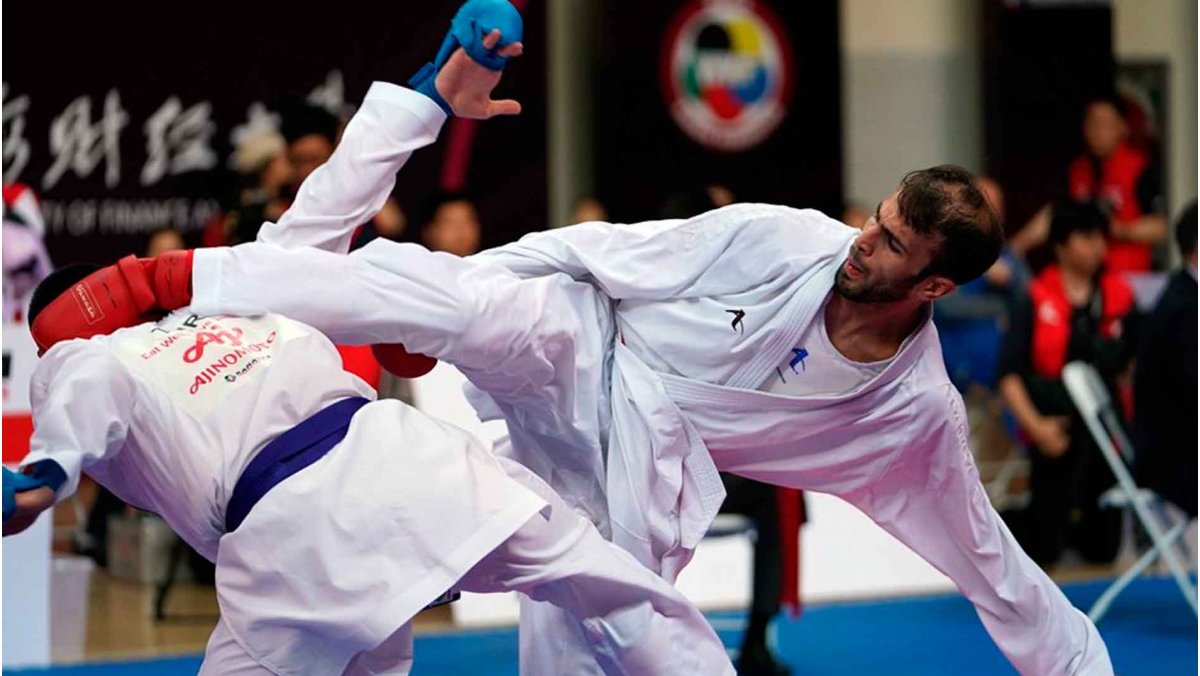 CLASH OF TITANS IN FEMALE KATA

Two of the most dominating athletes of today’s Karate will clash for gold in Female Kata. Spain’s Sandra Sanchez and Japan’s Kiyou Shimizu will meet in the final of a major event for the sixth time this season thus extending their strong leadership of the category. The current World champion from Spain prevailed in the final pool with an excellent “Papuren” kata and a score of 26.8. Meanwhile, World Championships runner-up Shimizu topped the final pool with her flawless presentation of “Chatanyara Kushanku” kata (score of 26.58). 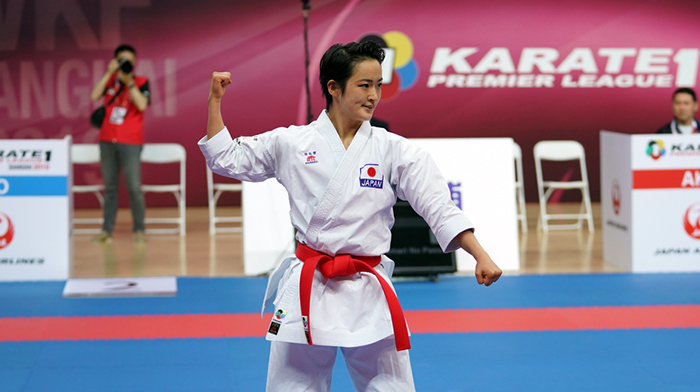 France’s Alexandra Recchia became one of the biggest stars of the day after producing a sensational come-back in Shanghai. The former World champion returned to a final of Karate 1-Premier League nearly two years after her last appearance in a title-deciding bout of Karate’s main events. Recchia, who won silver in 2018 Karate 1-Premier League Paris went back to winning ways and defeated Egypt’s Reem Ahmed Salama in semi-finals (2-0) to try to win her first gold since her title in 2017 Karate 1-Premier League Rotterdam.

Her rival will be Turkey’s Serap Ozcelik. The current Grand Winner of Female Kumite -50kg is showcasing an outstanding level and will fight for her fifth gold medal in seven events this year. The WKF World ranking leader claimed a convincing victory over Tsui-Ping Ku of Chinese Taipei (8-0) in semi-finals to continue ruling the category. 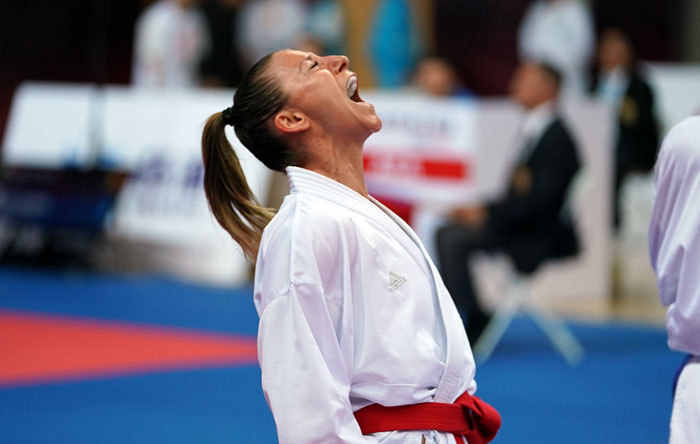 Chinese Karate fans also had reasons to celebrate since Jiamei Ding took the flag of the organising country to the finals of the event. The 20-year-old karateka surprised favourites and qualified for her first final in senior competitions. The representative of the host country defeated Lorena Busa of Italy 1-2 in semi-finals and will clash for gold against front-runner Anzhelika Terliuga. The Ukrainian fan-favourite made it to her fourth final this year following a victory over Turkey’s Tuba Yakan in semi-finals.

Representatives of Kazakhstan enjoyed an impressive first day of competition after dominating in Male Kumite -60kg. The category will see an all-Kazakh final since Darkhan Assadilov will face Kaisar Alpysbair in the title-deciding bout. 31-year-old Assadilov defeated Firdovsi Farzaliyev of Azerbaijan in semi-finals (4-0) to make it to his fifth final this season while team-mate Alpysbair edged Douglas Brose of Brazil to reach his first-ever final in major events.

Competitors who were away from the podiums in the last major events prevailed in Male Kumite -67kg and Male Kumite -75kg thus demonstrating the extreme rivalry in high-level Karate. 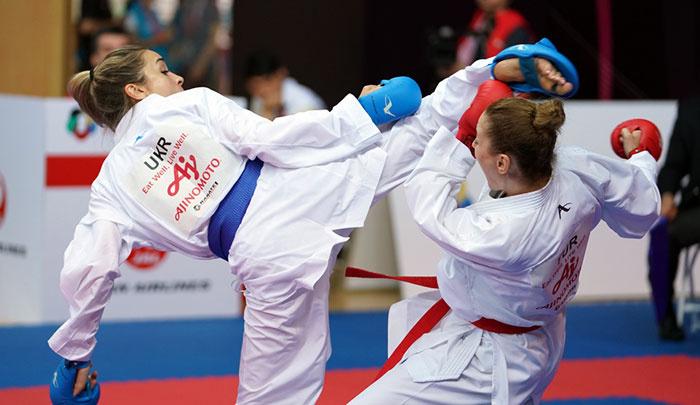 Andres Madera of Venezuela qualified for his first final in Male Kumite -67kg since his silver medal at the 2017 Pan American Championships following a victory by ‘Hantei’ or decision over Grand Winner Steven Dacosta of France in semi-finals. On the other part of the pool, Iran’s Seyedali Karimi reached his first final after claiming silver at the 2018 Karate 1-Premier League Istanbul with a 2-2 victory over Supa Ngamphuengphit of Thailand.

Meanwhile, in Male Kumite -75kg Dastonbek Otabolaev of Uzbekistan qualified for his first final in over a year. The 25-year old karateka beat Thomas Scott of the USA and will clash for the medals against World champion Asgari Ghoncheh Bahman. The current world title-holder who has one gold medal at Karate 1-Premier League this year upset Turkey’s Erman Eltemur in semi-finals 3-1.

Hong Kong against Kuwait in Male Team Kata completed the list of finalists of the first day of competition here. Action continues in Shanghai on Saturday with the rest of the categories at stake. The final day of competition on Sunday will be streamed LIVE on karateworld.tv. 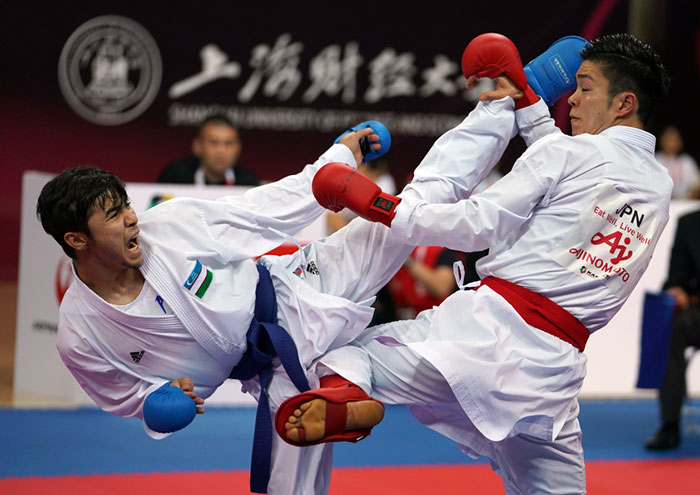