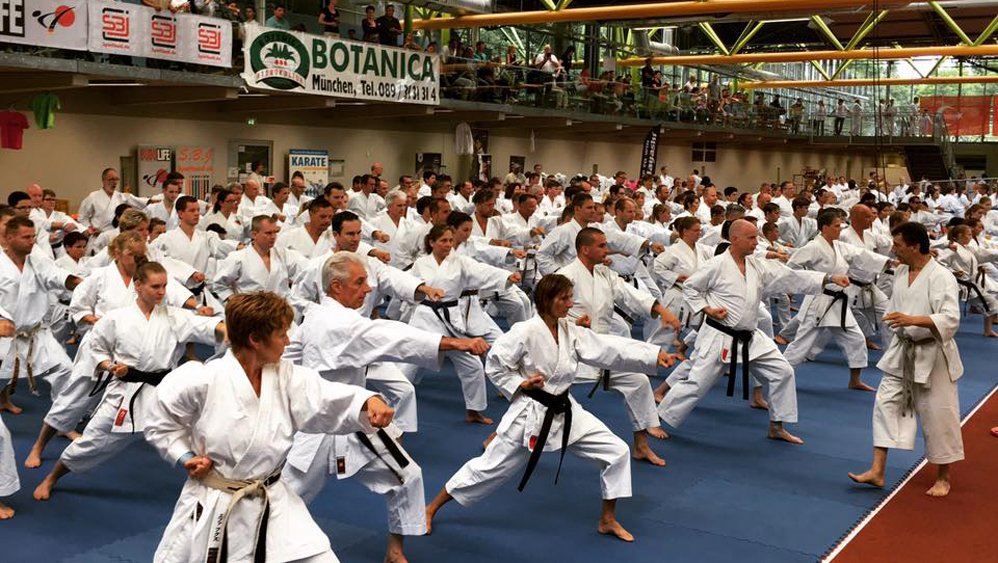 Nearly two thousand Karatekas from five continents on site and thousands more online took part in the World Karate Day 2017 which was held on Saturday in Munich (Germany), The big celebration of Karate's unity stated the outstanding support that the modality receives from practitioners of all ages, condition and origin.

Nearly two thousand Karatekas from five continents on site and thousands more online took part in the World Karate Day 2017 which was held on Saturday in Munich (Germany), The big celebration of Karate's unity showcased the outstanding support that the modality receives from practitioners of all ages, condition and origins around the world.

After a month of National Karate Days being commemorated worldwide, the eyes of Karate family were set on Munich where the celebrations of World Karate Day took place. Nearly two thousand Karatekas gathered in the German city to participate in the event that stated Karate's values.

The World Karate Day 2017 started with training sessions by first-class karatekas. The official ceremony took then the attention of thousands of fans following the streaming of the event on WKF YouTube channel. A team of top karatekas from Germany clashed against a dream line-up of stars from all over the world, with the spectacular bout finishing with victory for the representatives of the world. 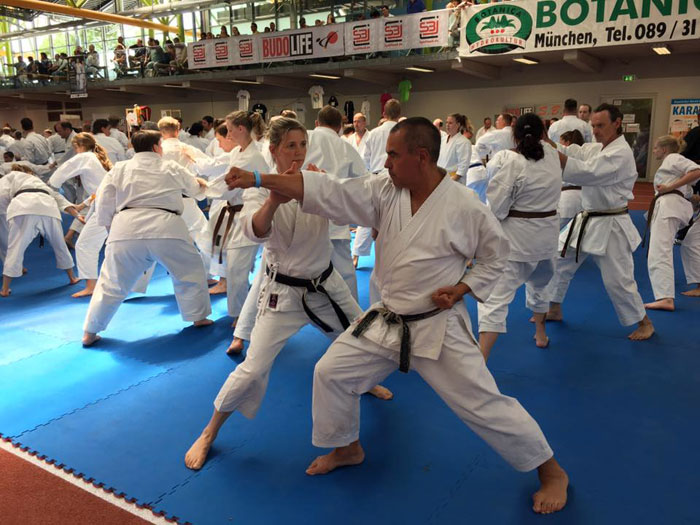 "We are really committed to keep on working hard for the million of athletes we have around the world. I am sure that we will be able through this commitment and this hard work to give you the best conditions to further enjoy the best moment of our sport ever," said WKF President Antonio Espinós.

One of the highlights of the event and one of the most emotional moments was the honouring of the patron of the World Karate Day, Tegla Loroupe. Official UNICEF ambassador, Tegla Loroupe was Chef de Mission of the refugee team of the IOC during the 2016 Summer Games in Rio de Janeiro and helps thousands in needs through her Tegla Loroupe Peace Foundation.

"My advice to you young karatekas today is that you listen to your coach, to your parents, to your colleagues. When you love sports as much as you love karate, you have opportunities. Train hard and you will succeed. Here I see how disciplined everyone is and I have learned so much. I hope that other sports organisations also learn something from Karate too," said Mrs. Loroupe.

German Karate Federation President and WKF Commissioner for Olympic and Paralympic Affairs Wolfgang Weigert also addressed the audience and thanked the thousands Karate fans for their participation at the event.