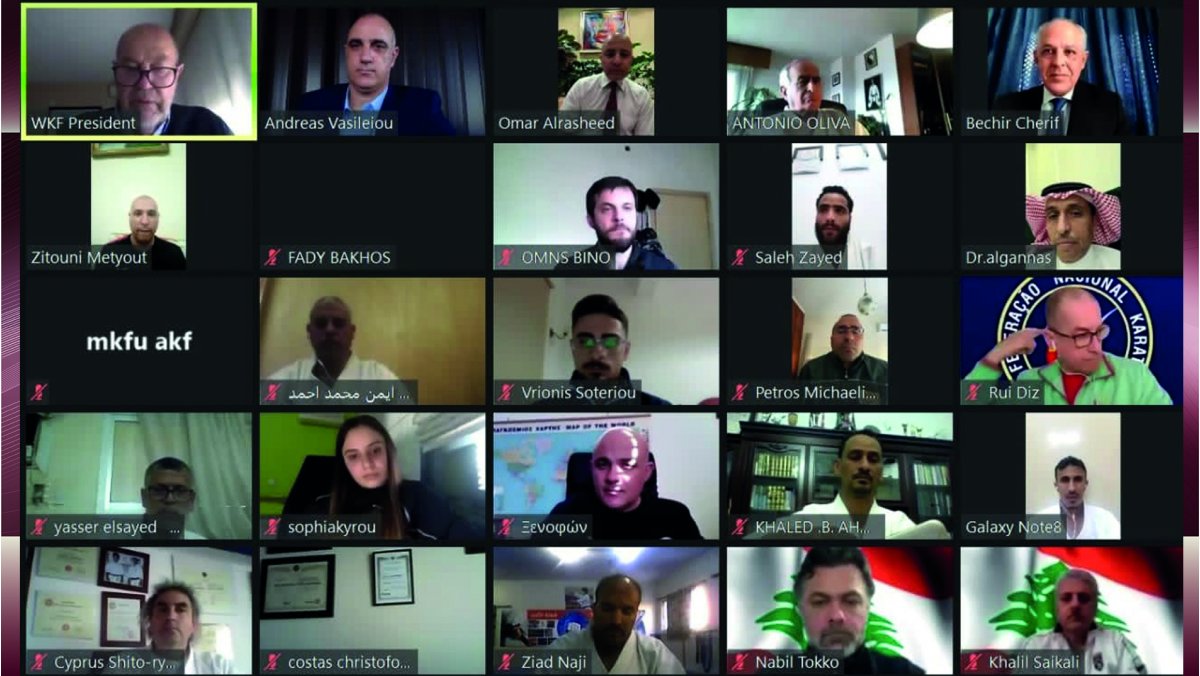 Over 600 Karate representatives from 21 countries participated in a new online seminar.

Over 600 Karate representatives from 21 countries participated in the online seminar “Methodology of WKF Shiai-Kumite”. The conference was imparted by international expert Antonio Oliva and was attended by WKF President Antonio Espinós, who introduced the seminar to the massive audience of participants. 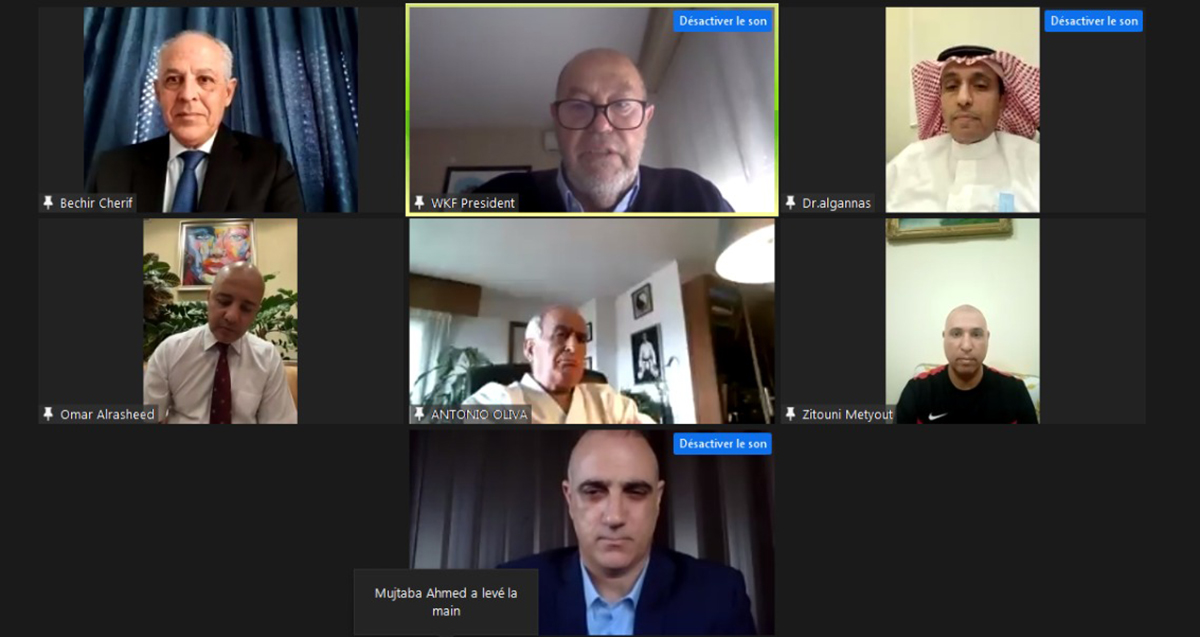 The webinar was opened by WKF President Antonio Espinós who expressed his enthusiasm for these initiatives that are framed within WKF’s development programme. The head of Karate’s international governing body highlighted the successful participation records of the activity and thanked the representatives of the organising bodies for their support and cooperation.

The president of the MKFU Bechir Cherif and the head of the ARKF Ibrahim Al Gannas, together with MKFU General Secretary Andreas Vasileiou also participated in the sessions. No less than 639 attendees from 21 countries gathered over the two-day sessions to improve their skills about WKF Shiai-Kumite related matters.