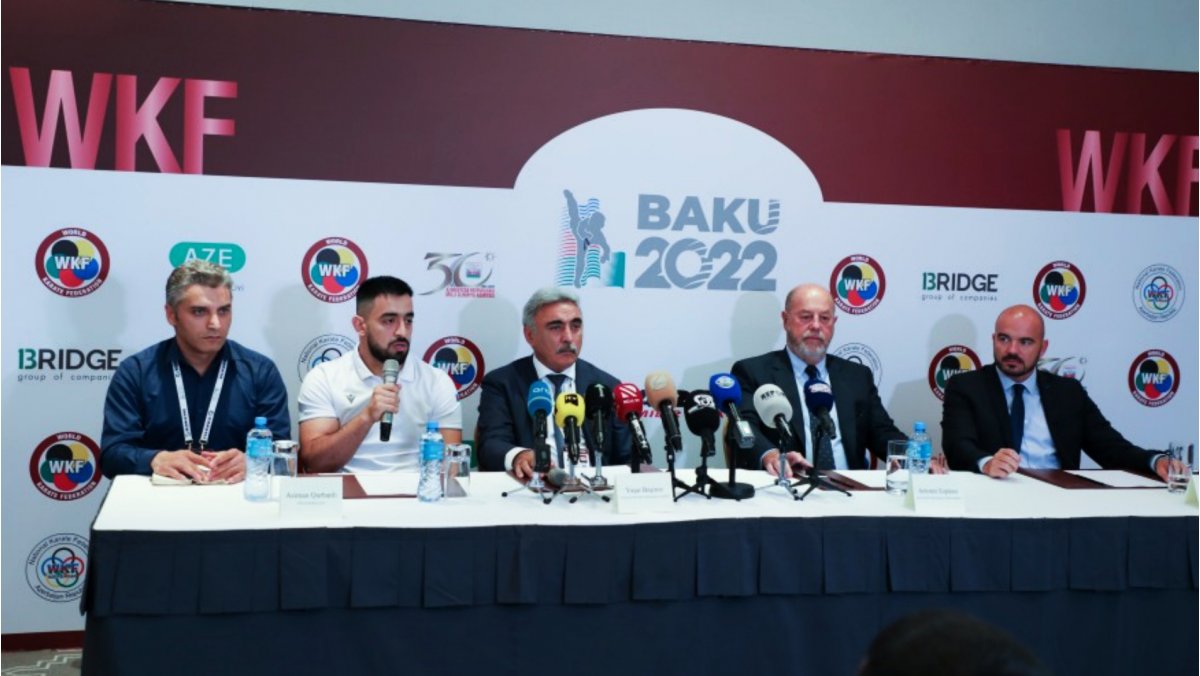 Officials and Karate representatives met one final time before the start of the 2022 Karate 1-Premier League Baku to celebrate the strength of the sport in the region.

“Not many countries can host a Karate 1-Premier League with the excellence we see here in Baku. Azerbaijan Karate Federation brings great added value to the WKF, and I am sure that the event this weekend will be a huge success.”

“Azerbaijan is one of the top Karate countries in the world, as we can attest from their results at our latest events. It is a very active National Federation and I want to thank Azerbaijan Karate Federation President Yashar Bashirov for his hard work to promote our sport in the country.”

“It is an honour to be here with all of you this weekend. Many top-level athletes from Europe and from all over the world are here including European champions, World champions and Olympic medallists so the high quality of the competition will be guaranteed.”

“It is crucial for us to host this competition here in Azerbaijan. The best karate athletes in the world are competing in Baku this weekend so this is a glorious moment for Azerbaijan and Azerbaijan Karate. We have organised major events in the past such as the European Games and the Islamic Solidarity Games, but it is the first time that we host a Karate 1-Premier League; it is a big step for us. We can guarantee that we will do our best to bring the right conditions for the celebration of this event.”

“All the athletes competing here this weekend will give their best. I want to wish the best of luck to all the participants that came from all over the world to participate in this event.”